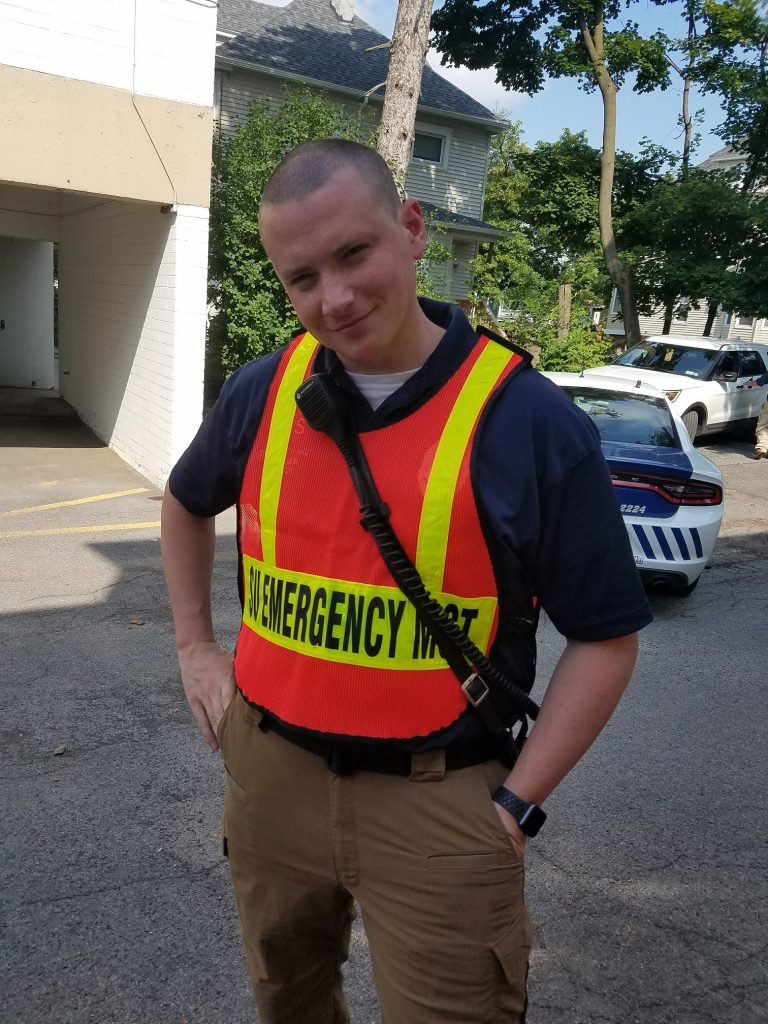 As a 16-year member of the United States Air Force Reserve and now in his job as director of emergency management and business continuity at the University, Joseph Hernon has always followed that philosophy.

And that’s why Hernon, a master sergeant in the New York Air National Guard, did not hesitate to receive the Pfizer COVID-19 vaccine when it was offered last month to nearly 1,000 New York National Guard soldiers and airmen who are military emergency responders.

“The big thing that I’ve always carried with me is, when it’s my opportunity, trust in the science and trust in the process and if this is what keeps us moving forward, that’s what we need to do,” Hernon says. “The science is behind us and this is how we’re going to win this war, with science and data.

“I think that’s what it comes down to, people doing their part to become part of the solution,” he adds. “If you don’t want the shot—and even if you do—step up and wear a mask and socially distance.”

Hernon received his first shot Dec. 20 and his second shot this past Sunday at the Air National Guard Base in Syracuse that’s home to the 174th Attack Wing New York Air National Guard unit. Hernon said he was proud to join the fight against the horrific virus that will soon claim its 400,000th victim in the United States.

Hernon is aware of the concerns that the vaccines were developed too quickly and may not be safe. But he says the speed at which the vaccines were produced are “a triumph of capitalism and a tribute to science—we’re in a day and age where science should go faster.”

“All along, I knew that once the vaccine came out, I would have been first in line,” Hernon says. “So when the opportunity did present itself, I was all for it. Much like everyone, I want to get back to what we used to know.”

As for the side effects, Hernon says he felt some body aches and fatigue, but they went away after a few days. Hernon points out that members of the University’s public health team have stressed that the mild side effects from the vaccine are an indication that the vaccine is doing its job. 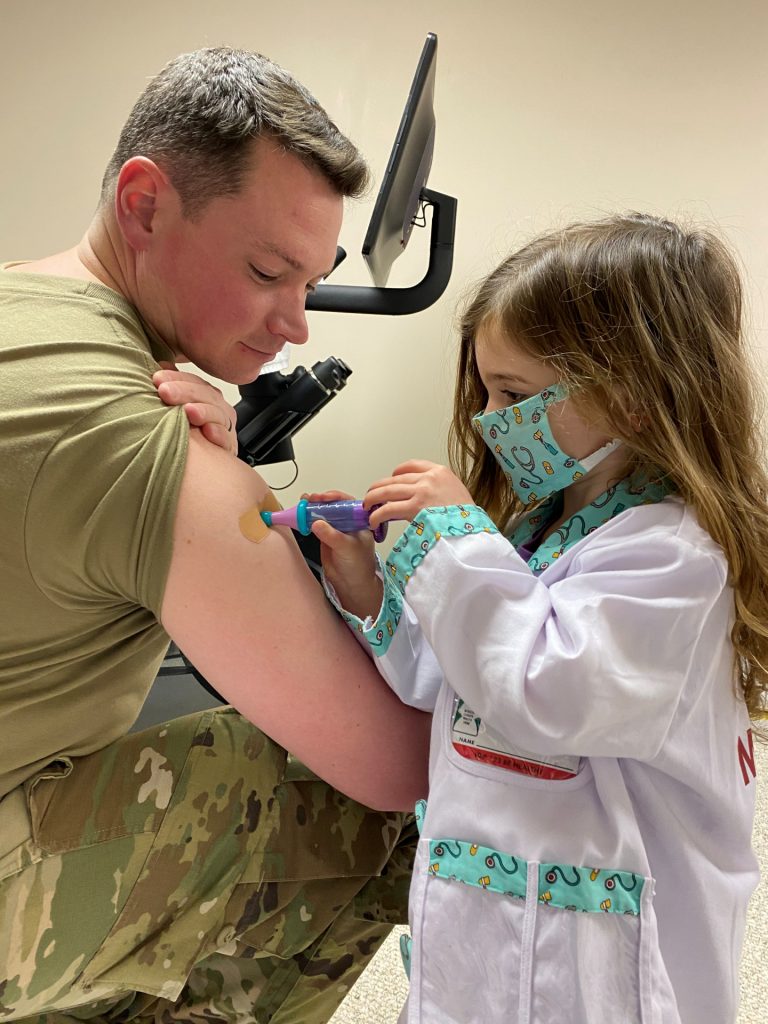 Joseph Hernon’s daughter, Isabella, gives him a “vaccine shot” while playing as a doctor after Hernon received his COVID-19 vaccine. Being vaccinated will also help protect his family, Hernon says.

In addition, Hernon says, it was a small price to pay knowing the vaccine will also help protect his wife, Sara, and children Joey, 6, and Isabella, 3.

“The nature of my job here at the University and with the guard is that I’m often put in positions where there’s potential exposure,” Hernon says. “The fact that I have another layer of protection to keep my family and community safe is just another tool for my toolbox.”

Hernon joined the Air Force Reserve in 2004 as an aerospace maintenance journeyman, and in 2008 he moved into his current specialty of emergency management assigned to the 174th Attack Wing in Syracuse. During his tenure, Hernon has deployed to Afghanistan, Kuwait and Iraq, where he used his emergency management experience to coordinate and manage base emergency plans.

Hernon’s dedicated service was recognized in November, when he was named a “Hometown Hero” by the University’s Office of Veteran and Military Affairs.

As a National Guard citizen preparedness trainer, Hernon has traveled throughout New York State educating residents on what to do before, during and after disasters. That training came in handy when he was invited to join the team created by Chancellor Kent Syverud and led by Vice Chancellor J. Michael Haynie that developed the University’s comprehensive and science-based strategy to combat COVID-19.

“We’ve had these plans in place for years,” Hernon says, “and now it’s a matter of incorporating the right pieces into it.”