The Office of the University Ombuds was established in February 2018.  The office, which released its first annual report this month, provides a confidential, independent, informal and neutral space where students, faculty and staff can resolve complaints, conflicts or concerns on campus. 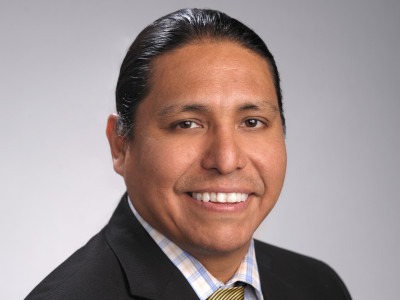 Neal Powless was appointed University ombuds in January 2019, succeeding Professor Emeritus Samuel Clemence, who led the office in an interim capacity. Powless says he hopes this report can help people feel less alone if they have experienced conflict with someone on campus. He hopes this report will help more people understand how to use the office as a resource and bring awareness to common themes of conflict.

“The report is a reflection of the trends that I’ve heard people say that are shared by others, and those are things that we, as a community, can look at and consider how we could act better as a community; how we could be more open to each other,” says Powless.“The primary concerns for people are employment, workplace and evaluative relationships, like peer-to-peer or peer-to-colleague relationships.”

The common theme that Powless has observed is breakdowns in communication. Often in the rush to achieve goals, people do not communicate efficiently to each other. That issue can lead to an uneven power dynamic between supervisors and supervisees. Communication issues can also contribute to an unhealthy work environment.

Powless says anyone using the ombud’s office does not have to fear retaliation for discussing issues they encounter on campus. By being a confidential and neutral resource, the ombud’s office created a space where individuals are empowered to find solutions that maybe they never would have considered before or to consider solutions that maybe they were not aware of, says Powless. In his first year, Powless worked on 255 cases.

The trust Powless has built with individuals he has worked with has been especially rewarding for him. He says the office offers people an opportunity to be honest about conflict in their workplace or classroom and about what they really want to achieve as a resolution. “We’re all here at Syracuse University together and so, how do we all get along? And that is what I do, that’s my goal.”

Powless has been a member of the Syracuse University campus community since 2004, first as a graduate and then as a PhD student. He went on to work as a staff member in student affairs and academic affairs. Powless is trained as a certified counselor/therapist and he has taught in three of the 13 schools and colleges.

“If you read the report and you feel an emotional response, think about your intentions. Is it bringing up, ‘Oh my gosh, I’m going through this?’ Think about how you’re going to solve it and use this office as a space for yourself,” says Powless. “Conflict is not a sign of failure. Conflict is an opportunity to learn more about ourselves and the people that we work with.”