As soon as this week, officials for Cleveland’s baseball team are expected to announce official plans to change the team’s name. Fans, Native American groups and activists and have protested the name for years calling it racist and considered the name a slur against Native and Indigenous communities. 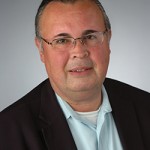 Scott Stevens is the director of the Native American and Indigenous Studies Program and an associate professor at Syracuse University’s College of Arts and Sciences.

“This was the type of news the spread quickly through the Native American community via social media. It was reposted so many times last night that it began to seem like old news, but in fact it was belated news.

“The removal of offensive mascots or the appropriation of Native American cultural symbols by sports teams is long overdue. Cleveland’s mascot was a particularly egregious example in a state that spent so much of its early history violently dispossessing Native peoples of their lands. I hope that this decision to drop the name ‘Indians’ represents an increased awareness of the original inhabitants of this country, our continued presence, and our opinions on such matters.

“Many fans will doubtless dismiss this as political correctness, though I prefer to think of it as common human decency, but they fail to realize that mascots consign Indigenous peoples to a fabled past, like Vikings or Knights. Even if they are meant to be symbols of power, they maroon us in the distant reaches of history and ignore the issues facing Native American communities today: systemic racism, environmental degradation on or near our reservations, poor health care, and violence against Native women, to name a few of the most prominent.

“I look forward to a day when there are no teams called Chiefs, Redskins, Braves, etc. at both the national and local levels.”