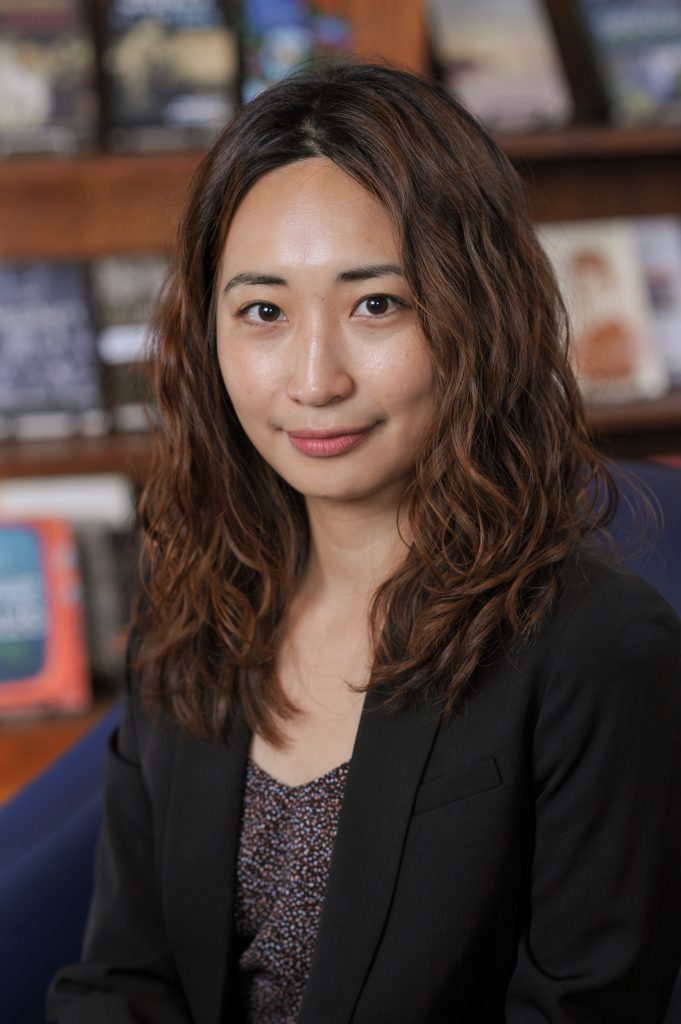 Haejoo Kim, a Ph.D. candidate in the Department of English, is currently researching and writing her dissertation “Medical Liberty and Alternative Health Practices in Nineteenth-Century Britain.” She is exploring 19th-century British anti-vaccination periodicals and pamphlets to examine the rhetoric. “When the pandemic first hit in early spring, I was thinking I should have been working on epidemics and contagious diseases instead of alternative health practices,” Haejoo says. “And then people started to protest against mask wearing, and vaccine refusal resurfaced with full force.”

Her research involves literary studies, the history of medicine, critical race studies and disability studies. “A lot of these documents drew on scientific language, while also drawing on other sources of authority—such as religion, anecdotes from nature and civil liberty arguments—which are fairly similar to what you can find on the internet today,” she says. Syracuse University News spoke to her about her research and the parallels she sees with the current public health crisis.

Q: Can you describe your research?

A: My research is about how people, especially lay people, make sense of medical issues. Part of the interdisciplinarity in my research comes from examining how lay people interacted with, made sense of and refused biomedical authority in the period when it was becoming a thing for the first time. This approach allows me to put scientific knowledge and methodology in conversation with the social and cultural contexts of which it is part. It is shocking that the anti-mask movement has so many sympathizers, but it means that the kind of tension I have been investigating in the 19th century between individual liberty and public health indeed left an enduring legacy for the medical imagination today.

Q: Can you describe challenges you have encountered or overcome conducting this research?

A: One thing was definitely getting access to these archives. Nineteenth-century anti-vaccination periodicals are largely not digitized, so I needed to physically travel to places such as the National Library of Medicine in Bethesda, Maryland, or the British Library in London to have access to the manuscripts. I am very thankful to the Syracuse University Humanities Center Dissertation Fellowship for making these trips possible. I currently have an external fellowship, the Curran Fellowship from Research Society of Victorian Periodicals, to fund research trips to Boston, New York and Philadelphia, but because of the pandemic I haven’t been able to go anywhere for a while.

Another thing is that the degree to which I myself am so steeped in the rhetoric around health I am trying to unpack. People tend to view vaccine refusal as a very eccentric thing, but the kind of rhetoric anti-vaccinators use is not that different from how people associate health, nature, purity and agency in the mainstream culture. And I am not exempt from that. Eating “natural” and “clean” to keep your body “pure” and “healthy” sounds all good, rather commonsensical, until you really look closely and unpack what those words mean. Studying 19th-century archives helps you in this regard because you are already a little bit removed from the documents, thanks to the historical distance.

Q: What are factors that contribute to people’s vaccine denial?

A: There are many. What I think is most important though is that there is a history in which the idea of individual liberty has been entangled with the idea of bodily purity, and mandatory vaccination is an affront to both ideas. In the period I am looking at, people objected to compulsory smallpox vaccination not only because the practice infringed on individual liberty but also because it did so by inserting something “unnatural” and therefore “filthy” into the body. The fact that vaccination needles in this period were often contaminated and carried diseases didn’t help either. For the urban working class, the public health measure was a “medical tyranny,” constructed by doctors and the state to take advantage of the “common” people and violate their bodies. Medical professionals, in this regard, were a corrupt and inept lobby group, wielding the powers of science to shore up their interests, when “real” health naturally overflowed from nature, and everyone had access to it as long as they kept their bodies pure.

You can find a similar line of thought in vaccine refusal today. It is “big pharma” that is taking advantage of the “common” people who do not have access to the mysterious workings of science. The language of the oppressor and the oppressed is very central to this tension. And nature tends to figure as a source of authority and healing for the oppressed.

Q: What are constructive ways to convince people to follow public health policies and recommendations?

A: There is still a tendency to ridicule people who turn to eccentric medical practices as merely ill-informed and foolish, drawing a line between scientifically minded “us” and anti-scientific “them.” This kind of rhetoric does not help, because anti-vaxxers actually believe themselves to be more informed than other people, and use enlightenment rhetoric such as “knowledge is power” or “curiosity is cure.” Simple condemnation would only encourage conversion to vaccine refusal by feeding into the rhetoric of self-victimization. I think understanding the motivation behind such cultural phenomena is important, and medical professionals and public health officials taking that reasoning into consideration for their communication with the public is very important.

Q: What are possible solutions and what are the implications for public health?

A: It is very tricky, because some of the feelings of disenfranchisement do resonate with the ways in which medicine as an institution has disempowered certain groups of people. For example, in the 1950s a dominant theory for autism blamed cold and distant “refrigerator mothers” as the cause of autism. When in 1998, Wakefield blamed MMR vaccine as the reason for autism, mothers eagerly took it up because it blamed the big pharma instead of mothers for autism. Of course, the study was later withdrawn. At this point, the rhetoric that the medical establishment is exploiting lay people is so bound up with alt-right politics and conspiracy theories, playing into people’s feeling of being misused that it is almost impossible to untangle these two threads. I think even with that context, better medical communication is a place to start.