Department of Languages, Literatures and Linguistics Professor Awarded for Outstanding Research of a Medieval Monastic Text

Share
awardCollege of Arts and SciencesDepartment of Languages Literatures and Linguisticsfacultyresearch 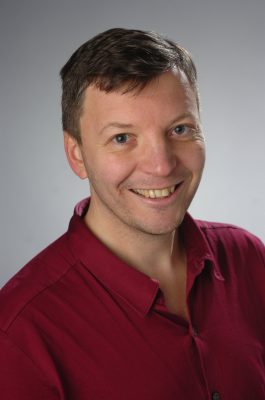 “I have always had a fascination for medieval manuscripts,” says van der Meer, assistant teaching professor of classics in the College of Arts and Sciences’ Department of Languages, Literatures and Linguistics (LLL). “To find out what these books say and to touch them is a unique thrill.”

He had the rare opportunity to study one such text in his recent analysis of “Glosae in Regula,” a newly discovered commentary from around the year 800.

“Glosae in Regula” was written by a monk in northern France, in what was then the Carolingian Empire. At the end of the eighth century, emperor Charlemagne established the Rule of St. Benedict as the one and only standard guideline and uniform way of life in monasteries. According to Van der Meer, Charlemagne abandoned older monastic rules in an effort to establish a unified, strong and morally righteous realm.

“Glosae in Regula,” last copied by hand in the mid-9th century, is a commentary by an unknown monk to the Rule of St. Benedict, providing excerpts of ancient texts with explanations and interpretations. It also consists of key terms and concepts of daily life for new monks learning the language of the Rule as well as a monastic understanding of the text. 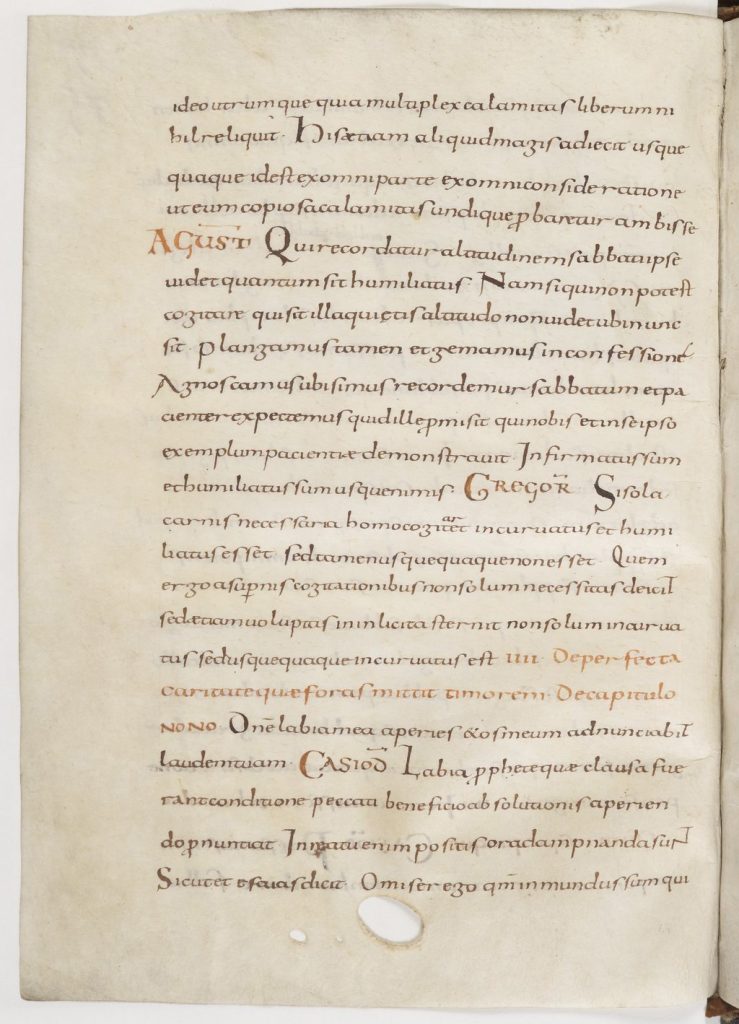 A folio from “Glosae in Regula”

Van der Meer was able to locate two versions of “Glosae in Regula” online and even made a trip to France to view the two manuscripts. Using digital copies, he began the task of transcribing, analyzing and comparing them to other edited and digitally accessible medieval manuscripts of that time in an effort to determine authorship. His research falls within the field of digital humanities, where computational tools are used to analyze artifacts relevant to humanities disciplines such as history, art, philosophy and literature.

In the process of identifying all possible sources of this text, Van der Meer soon noticed that the style, wording and arrangement of the material of “Glosae in Regula” closely mirrored another similar text by a known author.

“I had the strong suspicion both these texts were written by Smaragdus of St. Mihiel,” he says. “For a while, I entertained the idea that the Glosae were a sort of first draft of Smarargdus’ ‘Commentary to the Rule.’” Through detailed analysis of the texts, Van der Meer concluded that the Glosae was a source for Smaragdus, but not written by him. The writer of “Glosae in Regula” will likely forever remain unknown.

Van der Meer’s edition of the Glosae provides scholars an enhanced understanding of how information was conveyed through texts in ninth-century Europe. “Not often before have we been able to study so closely how monks selected, interpreted and rephrased early Christian literature,” says Van der Meer. But thanks to the work of one unknown ninth-century monk and in-depth research by Van der Meer, a once forgotten commentary on 1,000-year-old faith traditions from the Carolingian Empire will live on in perpetuity.