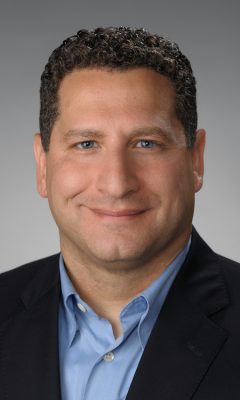 If members of the press are looking for insight and historical perspective on how the withdrawal of U.S. troops impacts the Middle East, and/or the report that President Trump considered attacking Iran to stop its growing nuclear program, Middle East expert Osamah Khalil is available for media interviews.

Khalil, associate professor of history in Syracuse University’s Maxwell School of Citizenship and Public Affairs, specializes in U.S. foreign policy toward the Middle East, the modern Middle East and the Arab-Israeli conflict.

Kahlil is the author of “America’s Dream Palace: Middle East Expertise and the Rise of the National Security State,” a history of Middle East studies in the United States that was named by Foreign Affairs as a Best Book of 2017. He is also editor of “United States Relations with China and Iran: Toward the Asian Century.”

Khalil was recently interviewed by USA Today for the story “Trump announces Israel and United Arab Emirates will formalize diplomatic ties in potentially historic deal.” He was interviewed by USA Today and the Los Angeles Times following the U.S. airstrike in Iran in January, and wrote two commentaries  for The Hill: “Preparing for the next pandemic” and “The postal service is essential to national security.”

For use in media coverage, here is what Khalil says about the potential withdrawal of troops in Afghanistan, Iraq and Somalia:

“President Trump entered office claiming that he wanted to end America’s involvement in the ‘endless wars’ abroad. Four years later, Trump has not achieved that goal and appears determined to claim a minor political victory with rushed withdrawals from at least three countries before he leaves office.

Although there has been criticism of the planned withdrawals, accompanied by high-level resignations at the Pentagon, the continued presence of U.S. forces has not meant additional stability. In addition, without significant diplomatic effort and coordination by Washington regionally and internationally to support military force, it is unlikely that the ongoing operations will be successful.

Yet the Trump administration has not emphasized diplomacy. It has also expanded America’s involvement in the conflicts in Yemen and Syria while exacerbating tensions with Iran. And even if the withdrawals are completed, they may only be temporary as the Biden administration will conduct their own assessment of all military operations.”

For use by the media, Khalil offers the following perspective on Iran:

“President Trump came into office determined to scrap the 2015 Joint Comprehensive Plan of Action (JCPOA) for Iran’s nuclear program. Although he claimed that he could and would negotiate a better deal, that was not achieved. Instead, the Trump administration implemented a ‘maximum pressure’ campaign on Iran that has only served to exacerbate tensions. It has also led to expanded relations between China and Iran.

In President Trump’s final weeks in office, Secretary of State Mike Pompeo has plans to implement a range of new sanctions against Tehran. In addition, President Trump has reportedly considered a military strike against Iranian nuclear facilities. The goal is not only to punish Iran but complicate efforts by the Biden administration to restore the 2015 agreement. These proposed actions represent a dramatic and misguided escalation by a lame-duck administration whose ill-advised policies to date have failed to deliver any concrete results. The United States, Iran and the broader international community would be better served by decreased tensions over the next two months, especially with the ongoing impact of the COVID-19 pandemic. It is also imperative that once the Biden administration is in office it seeks not just to restore the 2015 JCPOA, but a broader improvement in relations with Iran.”

For more information or to schedule an interview with Professor Khalil, please contact: