In March 2010, writing professors Eileen Schell and Ivy Kleinbart founded a writing group inspired by Schell’s uncle’s service as a helicopter pilot in the Vietnam War. The premise was simple: create opportunity for military veterans and those close to them to share true stories of life in and out of the military. This year the group, Syracuse Veterans’ Writing Group, is marking its 10th anniversary. 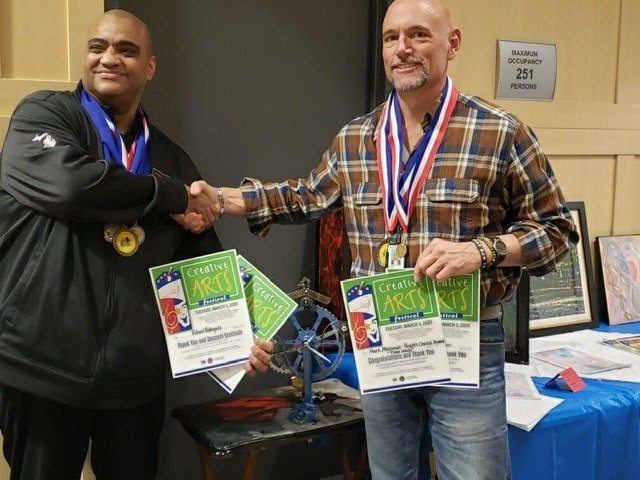 “In the past ten years, our writing group has shown great promise and benefit for both those who have worn our nation’s uniform, as well as the civilian community,” says Schell. “Too often, the public’s only understanding of life in the military is what is depicted on television and in movies. Organizations like the Veterans’ Writing Group give veterans a voice and a medium to share their experiences in a way that brings understanding to the audience and peace to the author.”

The program is one of many to pop up around the country in the last decade. An average of 10-15 writers per year meet monthly in the Syracuse University Writing Center. During the meetings Schell and Kleinbart work with members on their drafts and help put their war stories into print. The group also takes part in public dialogues and discussions with other schools and organizations. The 2020 group’s discussion were moved online amidst the ongoing COVID-19 global health pandemic yet group conversation remains strong.

“It is rare that a group can so seamlessly bring together students and those from the broader community, but that is exactly what the Syracuse Veterans’ Writing Group has accomplished over the past decade,” says J. Michael Haynie, Syracuse University vice chancellor and founder and executive director of the Institute for Veterans and Military Families. “The impact the group has had on our student veterans and those veterans and military families in our community is profound. We are extremely proud of the group and all its efforts.”

“Through the years, writers have shared experiences from conflicts in Korea and Vietnam, Iraq and Afghanistan,” says Schell. “The pieces discuss complex sets of experiences: joining the military, leaving the service, transitioning as a civilian, the impact of service on one’s self, family and friends. But one theme is consistent—all the writers work through their memories, some of them traumatic.” 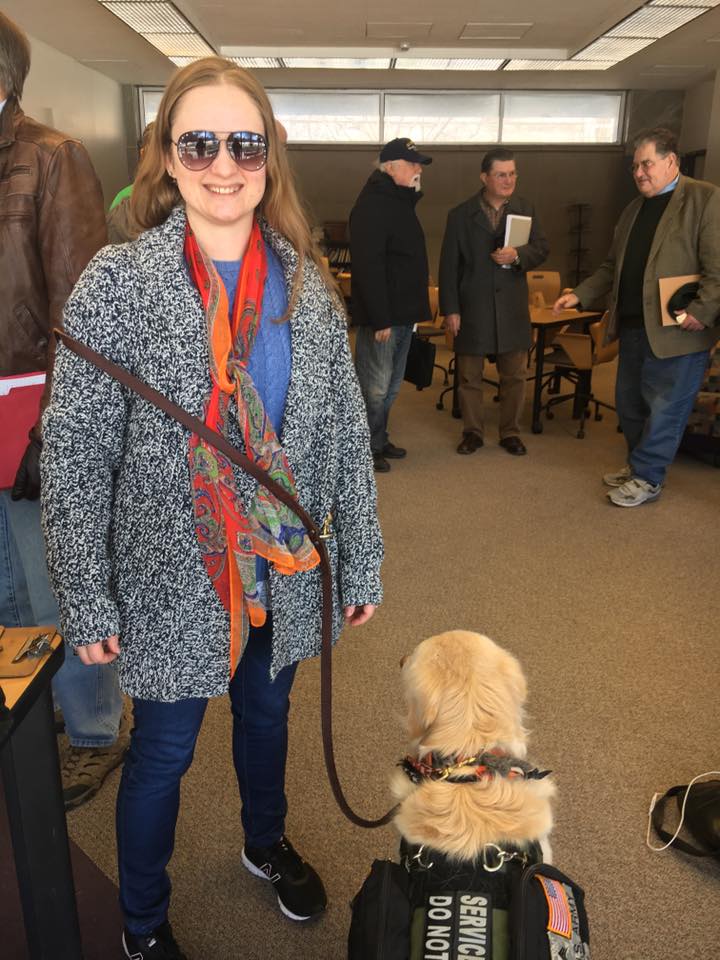 Ginger Peterman, Army veteran, who served in Iraq, and her service dog Puma

“I joined the Syracuse Veterans’ Writing Group to share my experiences dealing with a lifetime of post-traumatic stress, hoping that younger vets might learn from my mistakes,” says Vietnam War veteran Peter McShane. “I didn’t expect to be profoundly affected by other members’ stories. The group offers a safe environment in which to share intimate memories. What I’ve learned is that there’s life after the military, life after struggling with anger, depression and remorse. I realized that I could give up my persona as a soldier and accept that under the tough veneer, under the painful memories, is an empathetic, vulnerable human being. The members of the writing group have given me the courage to embrace my humanness and love the real me.”

The group also sponsors a monthly open meditation session for veterans and their supporters that takes place just before the group convenes. Diane Grimes, a Syracuse University faculty member in communication and rhetorical studies and mindful communication expert, leverages her extensive experience in meditation and mindfulness to help members manage stress, anxiety and symptoms of PTSD, and also increase their concentration for writing.

The Syracuse Veterans’ Writing group is open to all veterans and those who support them whether or not they are part of the campus community. The group focuses exclusively on writing nonfiction accounts or “true stories” of life in and out of the military. Veterans of all ages, branches of the military, and conflicts are welcome; no prior writing experience is required.