The modern-day popularity of 18th-century authors like Jane Austen, William Blake and Walter Scott have resulted in historic literary texts making their way into contemporary media forms like film, panoramic paintings, fanfiction and even 3D photographs. 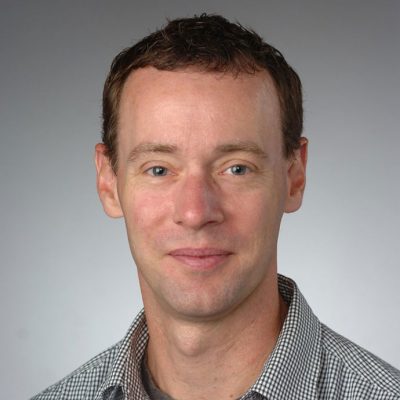 In Romantic Capabilities: Blake, Scott, Austen, and the New Messages of Old Media (Oxford University Press, 2020), Associate Professor of English Mike Goode looks to answer the question, why these media? How and why have certain media—many invented long after Blake, Scott and Austen lived—turned out to ‘fit’ certain texts?

The Department of English is hosting a virtual launch of Goode’s book on Nov. 13 at noon. The event will feature guest speaker James Chandler, the William B. Ogden Distinguished Service Professor of English at the University of Chicago.

Jane Austen’s novels remain a popular source in the genre of fanfiction. Thousands of prequels, sequels and spin-offs have emanated from her original works. In his book, Goode asks: Is there something special about Jane Austen’s novels that almost invites their readers to start writing fanfiction? He explains that the vibrant life for Austen novels in contemporary fanfiction helps scholars learn things not just about fanfiction, but also, as it turns out, about how Austen conceived of the novel as a kind of media experiment. In other words, how she understood the novel as a way to mediate “reality,” relative to other media that existed in her day for representing and even shaping “reality.”

Another example of historic texts appearing in modern media are the various channels that feature the work of English poet William Blake. During his research, Goode observed Blake quotes in mediums as diverse as the USA Volleyball website, an indie Western, an online user group about cannabis-growing and an advice guide for giving a good business presentation. Goode explains that Blake’s poetry’s capacity to “go viral” can help scholars better understand the philosophical and political complexity of his work.

Romantic Capabilities has already been nominated by Oxford University Press for the Louis Gottshalk Prize, given out by the American Society for Eighteenth-Century Studies for an outstanding historical or critical study.

For more information on the virtual book launch or a link to the Zoom meeting, email ccklaver@syr.edu.