The Father-Daughter Duo Taking on the College of Law 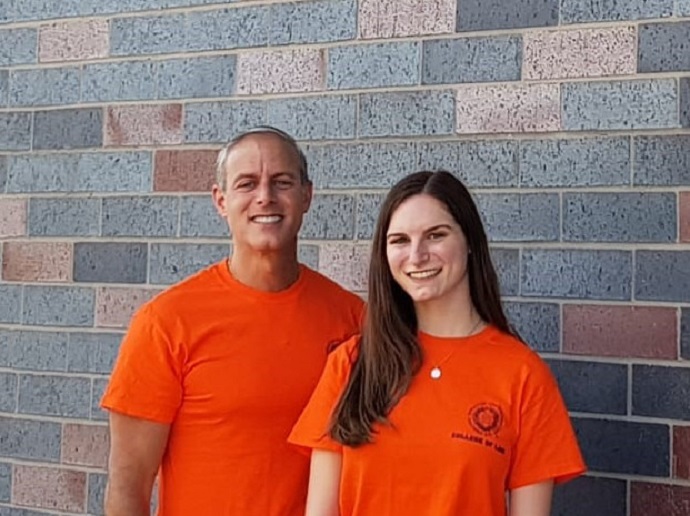 It’s common for children to follow in a parent’s footsteps by attending their alma mater. But attending the same law school at the same time is much more unique. At the College of Law, father-daughter duo Scott and Lauren Deutsch are making pursuing a J.D. a family activity.

“We’re not just a 1L and 2L—we’re father and daughter,” says Scott, who is in his second year of his studies in the JDinteractive (JDi) program, Syracuse’s fully online law degree program. “I finally have someone to talk to who has done law school recently, and it’s my dad,” says Lauren, who is new to campus this fall and working on her first semester of classes.

While they’re pursuing law degrees at different points in their lives, both Scott and Lauren have been interested in law for quite some time. Scott is a veteran of the U.S. Army, retiring as a captain after serving both as enlisted and an officer.

With specialties in accounting and finance, Scott’s career in the Army brought him and his family all over the world, from Fort Bragg in North Carolina to Landstuhl, Germany and beyond. “I enjoyed my time in the military and appreciate the close-knit group of people,” Scott says about his experience. “The Army taught me the art of task management and instilled discipline in me. I was afforded the opportunity to take on various levels of responsibility at a very young age that a lot of people don’t get the opportunity to do.”

Still, attending law school was always at the back of his mind. When he learned about the flexibility offered through the JDi program, and with his two daughters in high school and college, he decided it was time to go for it. 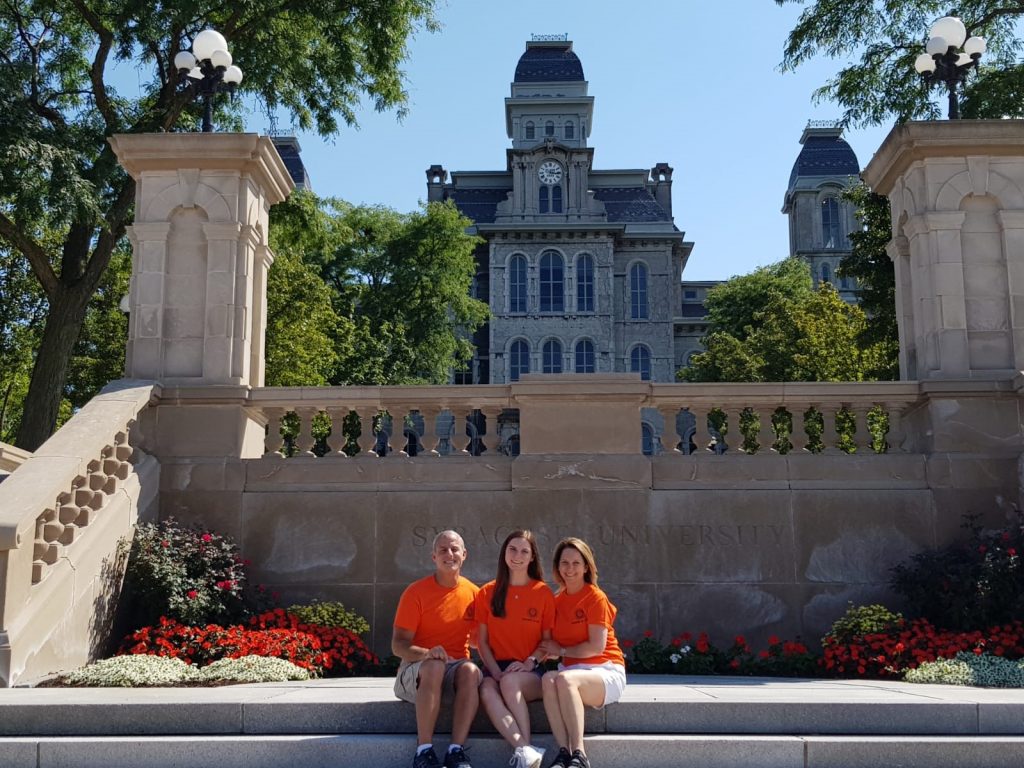 Scott, Lauren and Risa Deutsch during a campus visit

For Lauren, the path to law school was more direct. She entered her undergraduate studies at University of Florida knowing that she wanted to pursue law and came to the College of Law this fall, just a few months after graduating. Coming from a military family, Lauren spent a lot of her childhood traveling and even moved to Germany right before her senior year of high school—a place she hadn’t lived since elementary school. “Moving around as a kid opened my appreciation for other cultures,” she says. “It also taught me stability, as you don’t know stable ground until you’ve had to move a lot.”

And when the time came for Lauren to apply for law schools, Scott was already in the middle of his first year at the College of Law. “He told me how welcoming the school was,” Lauren says. “I want to be at a school where everyone is welcome, where the diversity is enormous, and I’ve found that here.” When she finally arrived on campus, she felt immediately at home. “Walking into the law school and the courtroom, I felt like I was living my “Legally Blonde” Elle Woods fantasy,” she says. “I realized this is exactly what I’m meant to do.”

As the daughter of a veteran, Lauren appreciates Syracuse’s commitment to veterans, military service members and their families. “My dad risked his life to give me the freedom to do what I’m doing today, and I appreciate the fact that Syracuse really cherishes its veterans and the dependents of veterans,” she says. For Scott, he sees this commitment embodied in the new National Veterans Resource Center. “It’s a major point of pride and you see why veterans are drawn to campus,” he says. “How can you not be proud? As a student, how can you walk by the building without an incredible sense of pride that this university supports and embraces veterans?”