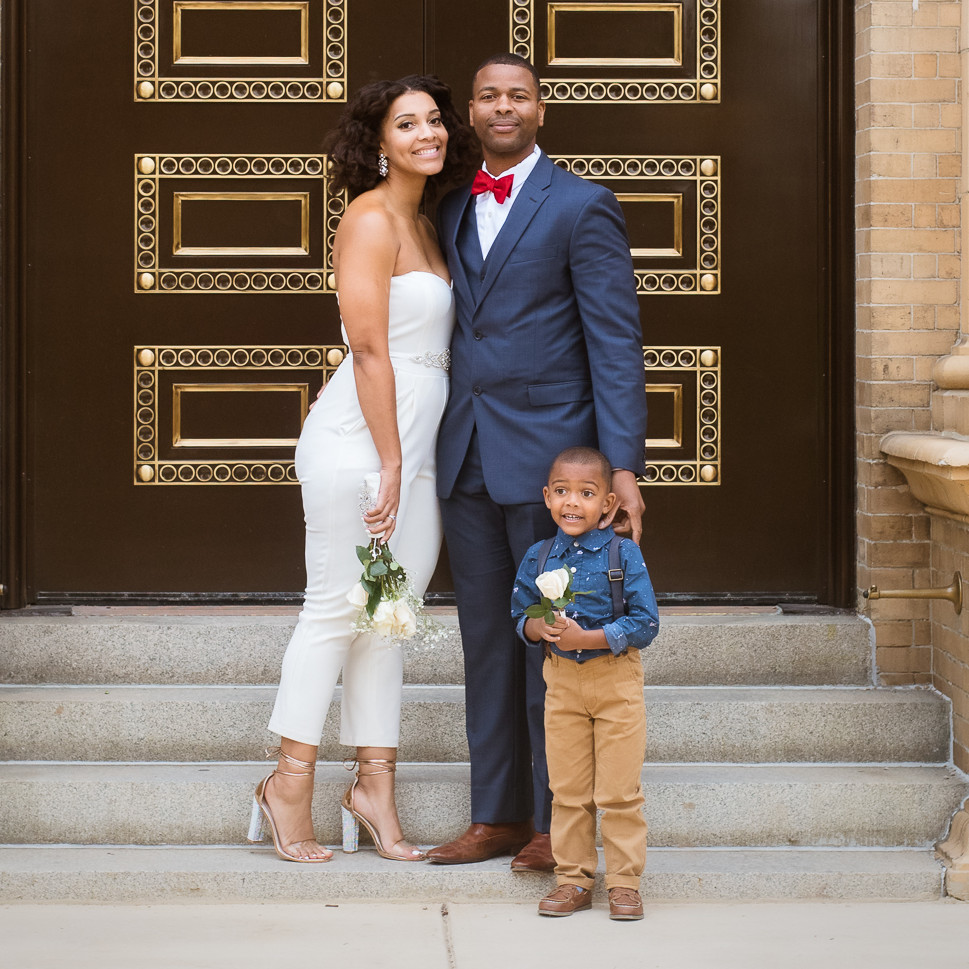 Chinedu Nwankwoala, with his wife, Brittany, and son, Malcom, 4

If money makes the world go around, then military finance officers are a vital link connecting our nation’s military and its commitment to the U.S. taxpayer. For Major Chinedu Nwankwoala, a member of the National Guard, a career in finance was a gateway to explore a much larger world—even larger than either of the continents he grew up on.

“I lived in Nigeria with my father for about six years,” says Nwankwoala. “In the summer, we would go to the village where my grandparents lived.”

During these summers in his grandparents’ village on the outskirts of River State, Nwankwoala remembers experiencing feelings of freedom and peace. His grandfather was a tribal chief who often presided over disagreements in the village.

“I come from a line of chiefs,” says Nwankwoala. “In the village, they have a sort of tribal council instead of police, and my grandfather was in charge of governing it.”

During his time in Nigeria, Nwankwoala saw commercials and videos from the United States, a land he knew he had been born in but otherwise had no memories of. When the time came to decide if he were going to stay in Nigeria with his father, or move back to Oklahoma with his mother, Nwankwoala and his siblings decided to move back to the United States, envisioning the country they had seen on television.

“Over there we had seen the Cosby’s, wrestling and all the shows in the United States,” says Nwankwoala. “We watched them, and it seemed like America was like Christmas morning yearround. I made a life-changing decision based on what we were seeing on TV, and none of it was real.”

Nwankwoala spent his teenage years in Oklahoma and spent time visiting family around the country. But upon graduating from high school, he began getting pressure from his mother to do something with his life.

Nwankwoala was faced with a decision many young adults across the country encounter every year. He knew he wanted to go to college, but, like many others, couldn’t afford it. One day, an Army recruiting commercial and its slogan, “be all you can be,” caught Nwankwoala’s eye.

“I know it sounds corny, but that commercial got me,” says Nwankwoala, “I needed something bigger. I wanted to get away because I believed the world was bigger than Oklahoma. Something was out there, and I wanted to know what it was.”

Nwankwoala enlisted in the U.S Army National Guard on a program to become a truck driver, more formally known as a transportation specialist. “They told me about a bonus program where I could get more money to drive trucks. I never had a car before, and they were willing to pay me to drive? I signed up,” says Nwankwoala. His primary reason for enlisting was access to an education, but he also wanted to learn new things about the world.

After learning about the ROTC program from a cousin assigned to the same unit, Nwankwoala jumped at the opportunity. He transferred to Tennessee State University and attended the ROTC program at Vanderbilt. In 2008, around the time he was graduating, the recession hit. As an economics and finance major, and with the civilian markets struggling, he chose to become a financial officer in the National Guard.

Nwankwoala has reached many milestones in his career, having moved from the Tennessee National Guard to the National Guard Bureau in Washington, D.C. He has been a detachment commander, a disbursing officer, a budget analyst and instructor. Along the way, he has also seen his family grow and struggle with the hardships that come with military service. His wife, Brittany, and son, Malcom, 4, are still back in Washington, D.C. while he attends the Defense Comptrollership Program (DCP) at the University, meaning that almost every evening, he says goodnight to his son through video chat.

“My wife is a lawyer, so it didn’t make sense for her to come up here. She’s definitely going to get the super mom award this year,” says Nwankwoala, “I miss them a lot. We FaceTime every day, and we also do FaceTime workouts together.”

The DCP at Whitman School and the Maxwell School is a joint program between Syracuse University and the Department of Defense. It encompasses 60-credit hours over 14 months. Graduates earn both a master of musiness (MBA) degree and an executive master of public administration (EMPA) degree. Being a finance guy, Nwankwoala was not initially excited about the EMPA part of his studies, but that quickly changed once classes started.

“When I signed up for this program, they told me it comes with this EMPA, and I didn’t care too much back then,” says Nwankwoala. “Now, that statement couldn’t be further from the truth. It helped me not only reflect on my time as a military officer, but also as husband, dad and a person. I didn’t know there were techniques out there to help me deal with some of the things I was dealing with.”

Like many that have come before him, Nwankwoala has his eyes set on reaching big dreams in his career. “I want to compete for command,” says Nwankwoala, “I’d like to be the comptroller for the Tennessee National Guard or any state that would take me. I also want to be a United States property and fiscal officer.”

A United States property and fiscal officer, also referred to as a USPFO, essentially serves as the person in charge of all National Guard resources within a state. While the position is highly competitive, Nwankwoala’s experience and DCP participation will have prepared him for anything that may come his way.