Krista Tippett, Creator of ‘On Being,’ to Join Special ‘After the Election’ Conversation

Krista Tippett, a Peabody Award-winning broadcaster and creator of  “On Being,” will speak with the Syracuse University community for a special presentation of “Matters that Matter: A Conversation Series from Hendricks Chapel.”

Tippett and Hendricks Chapel Dean Brian Konkol will engage in conversation on “After the Election: Spirituality, Civil Conversations and Social Healing” on Wednesday, Nov. 4 at 7 p.m. ET.

The live, virtual event can be accessed with Zoom webinar or on Facebook Live on Hendricks Chapel’s Facebook page. Pre-registration for Zoom is required. Live captioning will be available on Zoom. 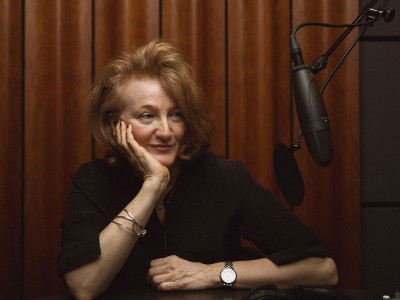 This program is co-sponsored by the Division of Enrollment and the Student Experience and the Office of Diversity and Inclusion. It is free and available to all.

Tippett is a New York Times bestselling author and a National Humanities Medalist. She was the 2019 Mimi and Peter E. Haas Distinguished Visitor at Stanford University.

She grew up in a small town in Oklahoma, attended Brown University and became a journalist and diplomat in Cold War Berlin. She then lived in Spain and England before seeking a master of divinity degree at Yale University in the mid-1990s.

Emerging from her diversity of educational experiences, Tippett perceived an opportunity to offer intelligent public conversation about the religious, spiritual and moral aspects of human life. She pitched and piloted her idea for several years before launching “Speaking of Faith”— later “On Being“—as a weekly national public radio show in 2003. In 2014, the year after she took “On Being” into independent production, President Barack Obama awarded Tippett the National Humanities Medal at the White House for “thoughtfully delving into the mysteries of human existence. On the air and in print, Ms. Tippett avoids easy answers, embracing complexity and inviting people of every background to join her conversation about faith, ethics and moral wisdom.”

Tippett is at work on a new book, “Letters to a Young Citizen.” Her previous books are “Becoming Wise: An Inquiry into the Mystery and Art of Living” (2016); “Einstein’s God: Conversations about Science and the Human Spirit” (2010); and “Speaking of Faith: Why Religion Matters and How To Talk About It” (2007).

This will be the 17th installment of “Matters that Matter: A Conversation Series from Hendricks Chapel.” The virtual series brings local and national thought leaders together in conversation to discuss critical matters facing society. Learn more at hendricks.syr.edu