Recognizing bias, how it manifests itself, how it impacts communities, how to report it and how to stop it is what the STOP Bias initiative is all about. 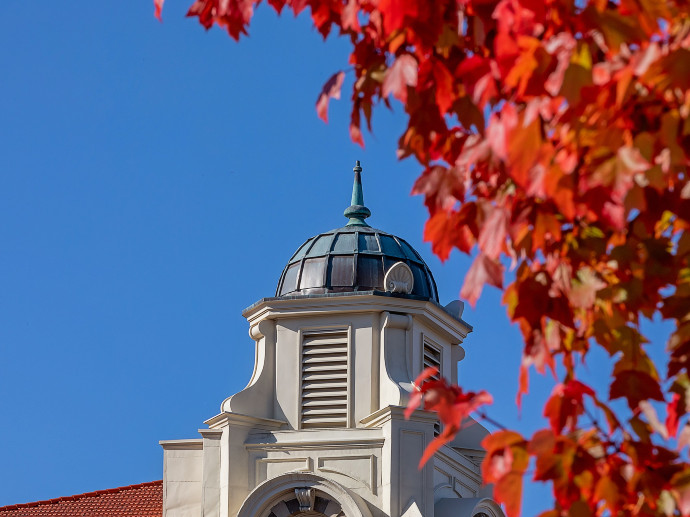 “Whether it’s a single individual or multiple people impacted by one incident, STOP Bias is a powerful way to raise awareness and empower those impacted by bias,” says  Alyssa Campbell, director of equal opportunity and inclusion, in the Office of Equal Opportunity and Inclusion Resolution Services (EOIRS).

The STOP Bias initiative educates the campus community about bias and provides resources to report and receive support for bias-related incidents, that involve racism, xenophobia, homophobia and ableism, among other biases.

“The STOP Bias initiative can be an important catalyst for change and can build trust among those whose lived experiences have led to mistrust of formal reporting processes,” says Dana Broadnax, assistant dean of students, who is responsible for the STOP Bias initiative. Broadnax, who came to Syracuse University this fall from Johns Hopkins University, says when she arrived on campus she was heartened to find that the University had committed resources to STOP Bias as part of its efforts to foster a more inclusive campus community.

Deka Dancil ’14 was appointed manager of bias response and education last year, a position that was created to help educate the campus community and respond to issues related to bias, including providing anti-bias trainings. Dancil established an ambitious goal early on—to make everyone aware of how to recognize bias and to make it easier to report. Dancil says more people are reporting their experiences now than ever before, signaling to her that the campus community is more aware of what bias is, why it’s important to call it out and how to do it safely and effectively—and without fear.

“There’s got to be an energy around community responsibility, for all of us.” says Dancil. “If things are not being reported, we’re limited in both the action we can take and the guidance we offer to inform campuswide programming, policy and initiatives. In addition to reporting, it’s important for people to intervene in bias-related incidents when they see them.”

Recently the student code of conduct was updated to reflect that violations of the code that are bias-motivated—including conduct motivated by racism—will be punished more severely. The University also revised the code to make clear when bystanders and accomplices can be held accountable.

The team responsible for the STOP Bias program says the keys to addressing bias are education and support. Right now, the STOP Bias team is offering workshops in bias bystander intervention through the Wellness Leadership Institute. There are also workshops planned specific to anti-Blackness, anti-Asian and xenophobia, and anti-Semitic behaviors and language.

“We teach people how to confront bias,” says Dancil. “It could be reporting through the portal. It could also be simply putting your hand on that person’s shoulder and saying ‘Hey, are you are OK?’ That sends a powerful message to everyone around that this is not OK, nor acceptable in our community.”

Reporting is equally critical. The STOP Bias portal was set up as a reporting mechanism accessible to all students, faculty, staff, visitors and alumni. Depending on the nature of the incident reported, the STOP Bias team will engage other teams on campus, including in the Office of Student Living, the Dean of Students Office, the Department of Public Safety, Title IX and others, as appropriate.

“On the back end, we are doing a lot of work and engaging a lot of people,” says Broadnax. “We are tracking trends, both in reporting and on social media platforms.  We need to remain diligent and visible.”

Those who report bias incidents can remain anonymous, though it makes follow-up more challenging. “We never ignore any complaint that comes in,” says Campbell.  “We follow up with a preliminary inquiry to see if more information can be recovered.  We look for a pattern of behavior.  Sometimes we conduct a full investigation to determine if disciplinary or other remedial action is needed. Sometimes we recommend a mediated conversation between the parties involved. Our ultimate goal is to make sure the person reporting the incident is comfortable and feels heard and respected.”  Campbell says that the increase in professional training for faculty and staff has led to more self-reflection, and encouraged people to be more proactive in reporting.

“We are asking the campus community to help us help them, by reporting bias-related incidents when they see, experience or hear about them,” adds Dancil.  “To be the change they seek while also recognizing that there are several individuals working toward it alongside them on the policy and programming side of things.”

To “be the change,” use the STOP Bias online reporting tool to notify the University if you witness or experience a bias-related incident.