Syracuse University announced today that Kevin Richardson, a member of the Exonerated Five, will be the recipient of the first honorary undergraduate degree in University history. The honorary bachelor of fine arts in music will be formally conferred at the University’s Commencement ceremony.

Richardson, one of five teenagers wrongly convicted and sentenced as teenagers in the highly publicized Central Park jogger rape case, was just 14 years old at the time of his arrest. His dream at the time was to pursue an undergraduate degree and play the trumpet in the marching band at Syracuse University. While honorary degrees are usually awarded at the doctoral level, when the University contacted Richardson about the conferral, he specifically requested that he receive the bachelor of fine arts that he had hoped to earn before he was prosecuted and jailed for a crime he did not commit.

In announcing the honor during the University’s virtual Coming Back Together Black and Latino alumni reunion, Chancellor Kent Syverud noted that “Syracuse University has never awarded an undergraduate honorary degree. I am deeply grateful to all who joined in the process of recognizing Kevin Richardson for this well-deserved honor.”

Honorary degrees recognize individuals who have made exceptional and notable contributions to the institution or the broader society. Since his exoneration, Richardson has been an advocate for criminal justice reform, working with The Innocence Project. In recognizing Richardson’s contributions to criminal justice reform and bettering the lives of individuals released from prison Syverud said, “While a very young man, your character was tested. Your response has been to address the world with great wisdom, compassion and activism. These values are the same attributes you find in graduates of Syracuse University.” 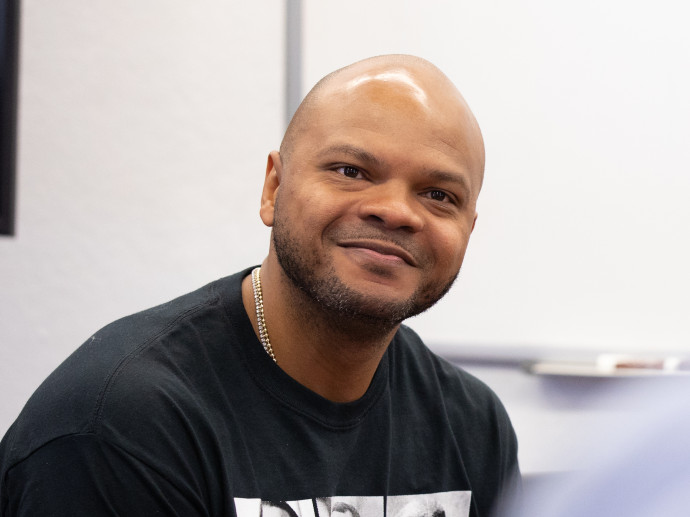 “Universities have the potential to influence the arc of a student’s life and the responsibility to promote a more equitable society. Mr. Richardson’s life story is one we all should should follow and seek to fully understand. Despite his personal experience of injustice, Kevin Richardson has persevered and sought to make a positive difference. He has elevated the cause of social justice each step of the way,” said Keith A. Alford, Chief Diversity and Inclusion Officer.

In September 2019, Richardson visited Syracuse University for the first time and was honored with the creation of the Our Time Has Come Kevin Richardson Scholarship, which is awarded with a preference for supporting Black and Hispanic students with unmet financial need. Our Time Has Come scholars also receive leadership training and support while making valuable connections with the Syracuse Alumni network. The scholarship was launched with a lead gift from Tara Brown Favors ’95. Favors and her two sons were inspired by the Netflix miniseries “When They See Us,” a retelling of the flawed police investigation and prosecution that led to Richardson and four other youths’ wrongful conviction and jail sentences. She has since encouraged her classmates—who  would have been enrolled with Richardson—to join her in growing the scholarship. 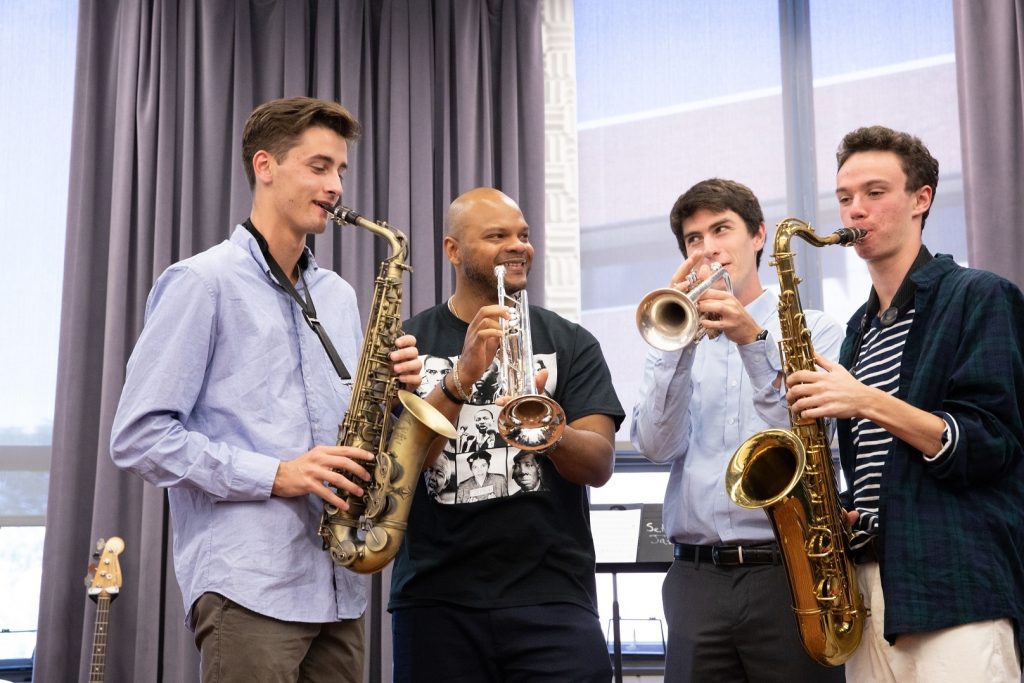 Kevin Richardson, second from left, met with students during a visit to the University in 2019.

Rachel Vassel ’91, assistant vice president of multicultural advancement said, “The publicity for ‘When They See Us’—and particularly Mr. Richardson’s stated ambition to attend Syracuse University—ignited a groundswell of support from our Black and Latino alumni and students and the idea of honoring him with a named scholarship was born. The opportunity to formally welcome him to the Orange family with the degree he was tragically prevented from earning is incredibly meaningful. We are so grateful to everyone who has chosen to honor Mr. Richardson by making a contribution to the Our Time Has Come Kevin Richardson Scholarship and look forward to welcoming everyone back to campus to celebrate with him when we are able to gather again.”