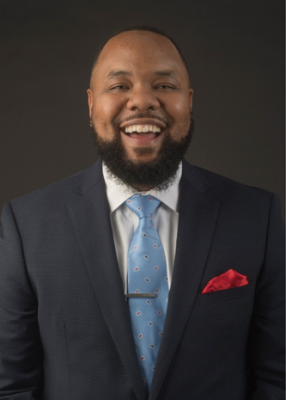 “I like to hit the ground running, and I can say that I have done that,” says LaShan, who began his new role this summer. “I have a major opportunity to infuse systematic and strategic change, and since I started in this role I’ve been committed to doing so.”

Born in Nuremberg, Germany, LaShan is the son of Ronald Lovelace, an Army veteran, and lived all over the world during his childhood, from Germany and Italy to several U.S. states including Florida, Louisiana, North Carolina, South Carolina and Virginia. Seeing and engaging with a wide range of experiences and cultures sparked his interest in diversity from a young age.

“At times it was challenging to not be rooted in one place, but it was also an opportunity. I learned so much from the different cultures in the places where I lived,” says LaShan. “It’s played a major role in shaping who I am today.” 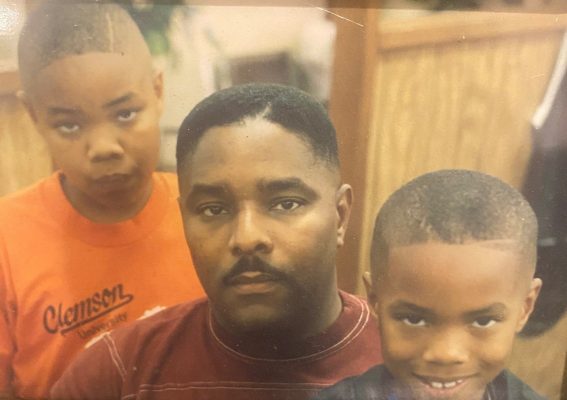 From left to right: LaShan, Ronald and Jamar Lovelace

LaShan believes his experience growing up in a military family influenced his strategic thought process and ability to work with partners in a collaborative and engaging way. His father placed a strong emphasis on service, which likely had a hand in both LaShan and his brother Jamar’s eventual paths toward working in education with a commitment to serving others. Through his father’s service, LaShan also learned the value of respect and understanding differences–both of which are central to his role within Syracuse’s newly formed Office of Diversity and Inclusion.

In his inaugural role as director of diversity and inclusion, LaShan works with administrators and staff to ensure all student voices are heard and acknowledged. “Helping create and enhance an entire new entity here at Syracuse is both challenging and uplifting,” LaShan says. “The hustle and bustle of diversity, equity, accessibility and inclusion is exciting to me as our climate is ever-changing and evolving.”

Since his first day, LaShan has been working hard to get to know the people and groups that make up the University. He has spent time meeting with students to learn their goals and needs, holding panels with student organizations and groups, engaging with the community by meeting with nonprofit organizations and working to start a new committee for graduate students to understand their experiences.

“Students want to see change and know they have administrators advocating for their voice. I’m committed to building their trust in me as their advocate and working collaboratively with them to promote change,” LaShan says. 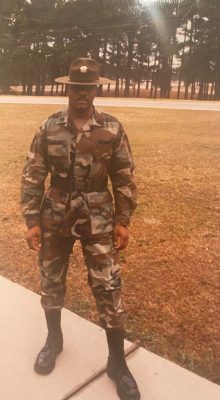 LaShan calls his guiding principles “the three As”–awareness, accountability and advocacy. “It’s important to be aware of the importance of diversity, inclusion, equity and accessibility, hold individuals accountable for their role in making a change, and advocate for others whose identities are different than ours,” he says. “These three As are at the forefront of my platform and guide what I do every day.”

In his first few months, LaShan learned more about Syracuse’s commitment to military service members through the variety of programs and initiatives offered through the Office of Veteran and Military Affairs. “It’s an honor and privilege to know that members of our military are at the forefront of Syracuse’s vision and work,” he says. “Coming from a military family, I know how important it is to elevate service members and I’m proud to know those who have served are being thought of as much as other identities here.”

LaShan is settling into Syracuse as his new home but relocating in the middle of the COVID-19 pandemic did present some challenges. One spot in the community was especially helpful in making his new house a home: “As long as there’s a Target, I’m good.” He’s gearing up for his first Syracuse winter, which will be much colder than what he’s used to in his home state of Virginia. Luckily, he has his winter coat ready to go and plenty of new faces to meet which will keep him busy during his first year here at Syracuse.