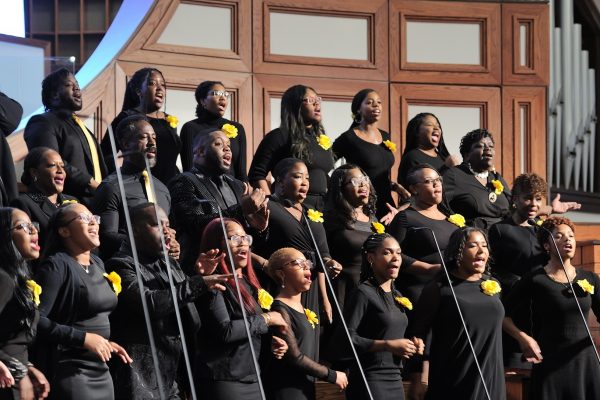 The Black Celestial Choral Ensemble performed a concert at the famous Ebenezer Baptist Church in November 2019.

Rev. Dr. Seretta C. McKnight ’80 came to Syracuse University in the fall of 1976. As a freshman she had a difficult time finding her place on campus. “The thing I found missing my freshman year was that sense of home, a sense of comradery, a sense of belonging,” she said. For her, home was found in gospel music, so in the spring of 1977, McKnight along with several of her peers founded the Black Celestial Choral Ensemble (BCCE), and since then, generations of students have found their spiritual and social home at the BCCE. 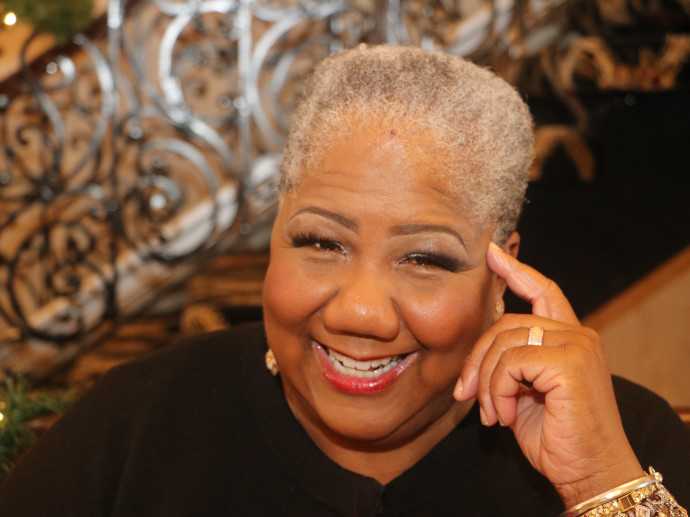 For over 40 years, the BCCE has played an integral role in the Syracuse University community. Since its inception in 1977, the BCCE has created a spiritual community for students and has also played a part in the advancement of social justice on campus. McKnight spoke over the summer with Hendricks Chapel Dean Brian Konkol to reflect on the legacy of the BCCE as part of the “Matters that Matter: A Conversation Series from Hendricks Chapel,” on Facebook Live.

The BCCE continues to provide its members with a home away from home. The organization welcomes students from all backgrounds and provides a comforting environment for students to bond through music.

“It’s a safe space, it’s not only about singing, it’s not only about religion. It’s about having people who share the same passions as you in one single space,” says current BCCE member and incoming Student Association Chair of Community Engagement, Brittnee Johnson ’21.

The members get to showcase their passion and talent through their various events, such as their annual anniversary concert, Family Weekend concert and Spring Tour.

With support from Hendricks Chapel and the Office of Multicultural Advancement, the BCCE was able to spend a weekend in Atlanta in November 2019. There they performed a concert at the famous Ebenezer Baptist Church, the spiritual home of both the Rev. Dr. Martin Luther King Jr. and his father. The choir performed alongside BCCE alumni and notable gospel artists, including Kurt Carr. 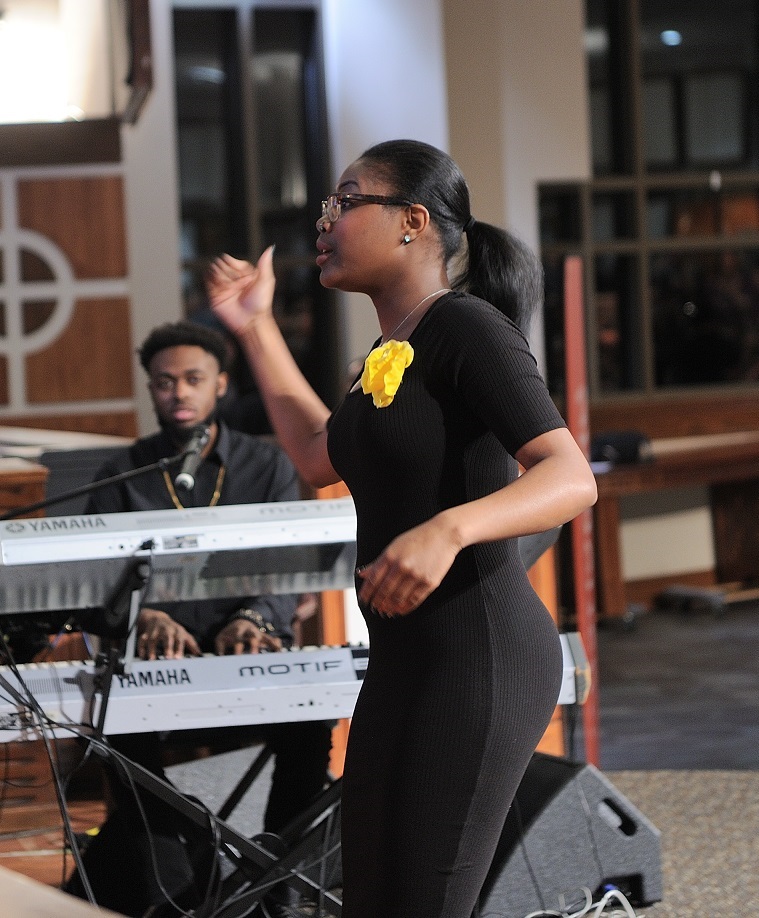 Ashleigh Brown. Please note, this image was taken prior to the COVID-19 pandemic and does not reflect current public health guidelines.

“It was awesome, that whole entire concert was awesome. To be able to go around Atlanta and to see some history about Dr. Martin Luther King Jr., and to sing with the alumni was great,” says current director and BCCE alumna Ashleigh Brown ’14.

The Atlanta trip was an incredible opportunity for students and alumni to perform as well as engage with the BCCE alumni network. “Planning Atlanta and getting there, a lot had to do with the alumni. It shows how much the alumni, even after graduating, still were connected to BCCE. I’m talking about people who graduated in 1980 were a part of this experience. It just goes to show how important BCCE is on campus,” Johnson says.

A sentiment echoed by Konkol during the Facebook Live event when he said, “When people talk about Hendricks Chapel as being the heart of Syracuse University, I think of the BCCE as its soul.”

In addition to the musical, spiritual and community aspects of the organization, the BCCE also plays a part in advancing social justice on campus. During the #NotAgainSU student protests last November, members of the choir went to the Barnes Center at The Arch during the sit in and sang during the protests.

Current BCCE member Brittnee Johnson ’21 recalls students crying and thanking choir members after their acapella performance of “There Is No Way,” by Ricky Dillard at the Barnes Center.

“Singing ‘There Is No Way’ in a group of so many people, and to be able to touch people just shows you how much gospel music and a group like the BCCE can bring change,” Johnson says. “It’s more than just singing for us; it’s more about representing a bigger purpose and representing the culture of Black students on the Syracuse campus.”

Due to the pandemic, the BCCE was forced to cancel its Spring Break Tour concerts and its anniversary concert in April, and there are still challenges for how they operate this fall. Despite the challenges, the students are determined to ensure that the legacy of the BCCE lives on, and that the soul of Syracuse University shines. 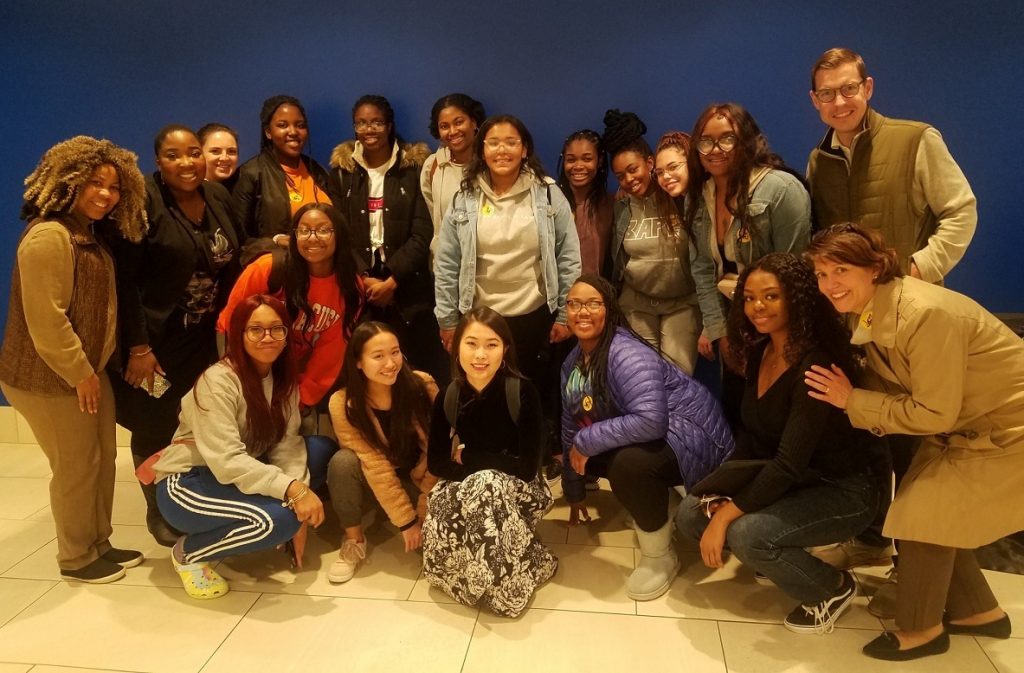 Members of the Black Celestial Choral Ensemble gather during their trip to Atlanta in November 2019.