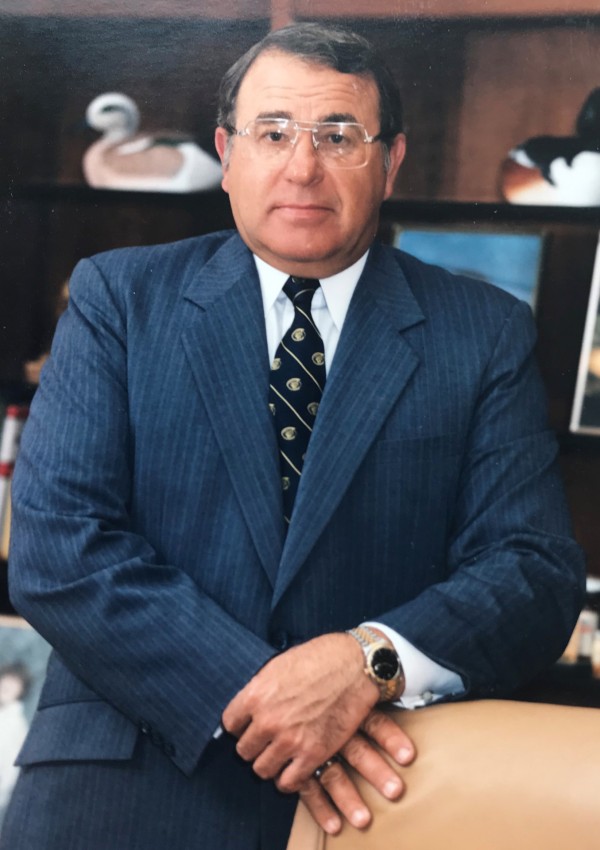 He was one of the nation’s top business leaders, a civic giant in Syracuse and an avid supporter of Syracuse University. Julius “Jules” Pericola, who was beloved in the Orange community, serving on the Board of Trustees from 1981 to 2000 and then as a Life Trustee, passed away peacefully at his home in Naples, Florida, on Sept. 14 at age 91.

“Jules was a friend, colleague and valued member of the Board,” says Chair Kathleen Walters ’73. “His business acumen and his leadership both at the University and in the City of Syracuse were invaluable assets to our university, the broader community and the Board. He contributed to the University’s mission in countless ways over many years.”

Pericola, who was born in 1929, grew up in New Jersey and described himself as part of the “Depression Generation,” became deeply involved in the Syracuse community after rising through the ranks at Bristol-Meyers Squibb to become executive vice president and then President of Bristol Laboratories from 1974 to 1985. In that time period, Bristol Laboratories grew in large part because of the anticancer research and development areas created under his leadership.

Also during that time, he was an active University Board member and philanthropist, leading corporate fundraising for the School of Education’s 50th Anniversary Scholar’s Fund, and providing significant financial support of initiatives in the Burton Blatt Institute, as well as the Hildegarde and J. Myer Schine Student Center and Syracuse University Athletics.

The Orange spirit runs through the Pericola family, most notably through his grandchildren Kevin Edson Pericola Case ’16 (Newhouse) and Jennifer Nicole Case (currently pursuing a degree in the iSchool).

“Jules was a trusted advisor whose energy and dedication to the future of Syracuse University was motivating and inspiring,” says Chancellor Kent Syverud. “He mentored many leaders in the business community here and built relationships that will be valued for years to come.”

In addition to his dedication to Syracuse University as a Life Trustee, Pericola served the Syracuse community with participation on the boards of Le Moyne College, Crouse Hospital Foundation, Boy Scouts of America, the Syracuse Chamber of Commerce and the Manufacturers Association of Central New York, among others.

Before he built his career in the pharmaceutical industry, he served in the U.S. Air Force and earned a bachelor’s degree and MBA from Rutgers University. He joined Bristol-Myers Squibb Company as a cost clerk in the accounting department in 1950, and eventually advanced to senior vice president and executive vice president of Bristol-Meyers Squibb International Group by the time he retired, holding a succession of management positions along the way.

At various points in his career, Pericola oversaw the company’s operations in Europe, the Middle East, Africa, the Caribbean and Latin America. While serving as president and CEO of Bristol Laboratories in Syracuse, he was one of the chief architects of the company’s entry into the cancer drug market, helping it become a world leader in cancer chemotherapy.

In 1990, Pericola moved to Naples, Florida, to enjoy his retirement with his wife of over 64 years, Dorothy, who passed away in 2016. He is survived by his three daughters, Patricia Pericola DeFusco, Helene Pericola Thorn, and Lisa Pericola Case; nine grandchildren; two great-grandchildren; his sister Madeline Hatten; and his sister-in-law Ernestine Pericola.