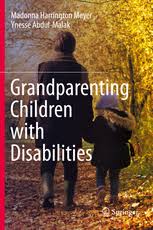 In their new book, “Grandparenting Children with Disabilities” (Springer Publishing, 2020), professors Madonna Harrington Meyer of the Maxwell School and alumna Ynesse Abdul-Malak ’13 (M.A., sociology), Ph.D. ’17 (sociology) of Colgate University explore the complex dynamics of how U.S. grandparents, though often invisible, play a vital role in caring for children with disabilities, often placing their physical and financial well-being at increased risk.

Childcare in the U.S. is broadly unsupported by social programs and society at large. Grandparents of children, including those with disabilities, are often asked to assist with childcare in the U.S. due to greater schedule flexibility and at lower costs than private daycare. In their book, professors Harrington Meyer and Abdul-Malak examine the varied experiences of 50 grandparents raising children with disabilities, most of whom are women. These in-depth interviews reveal both the joys and the challenges of grandparenting children with disabilities, which can affect older Americans’ health, social, emotional and financial security. In some instances, grandparents are not able to exercise; in other instances, they incur debt to care for the children, or skip important medical care. Harrington Meyer and Abdul-Malak use cumulative inequality theory to analyze how a lack of social programs in the U.S. relates to increased demand for grandparent care work. 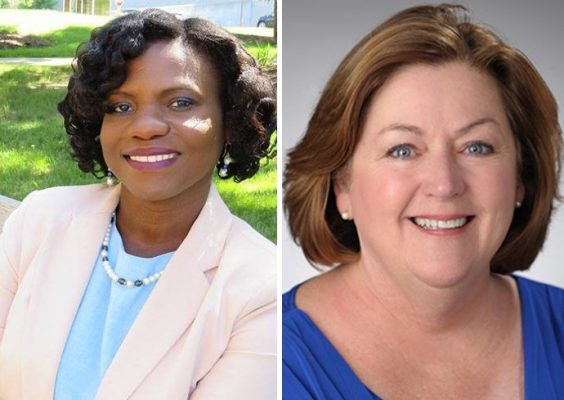 Sociologist Madonna Harrington Meyer is a University Professor and Meredith Professor of Teaching Excellence in sociology at the Maxwell School. She is also a faculty affiliate at the Aging Studies Institute, faculty research affiliate at the Lerner Center for Public Health Promotion and senior research associate at the Center for Policy Research. Her current research interests include older adults and food insecurity, grandparenting, care work, and older women and social security. She is the author of “Grandmothers at Work: Juggling Families and Jobs” (NYU Press, 2014), winner of the Gerontological Society of America Kalish Book Award in 2014. In 2016, Professor Harrington Meyer earned the American Sociological Association’s Matilda White Riley Distinguished Scholar Award for her work on aging and the life course.

Ynesse Abdul-Malak is an assistant professor in the sociology and anthropology department at Colgate University. When she was just 13 years old, Abdul-Malak left Haiti and immigrated to the United States. After earning an A.A.S. degree in nursing, she worked at an HIV/AIDS rehabilitation ward in Staten Island, New York. Abdul-Malak holds several degrees, including a master of public health from the American University of Beirut, and a master’s degree and doctoral degree in sociology from Syracuse University. Her research interests include older adults and parenting and the healthy migrant effect. Her research in the healthy migrant effect specifically analyzes the physical and mental well-being of immigrants who have left the Caribbean and Mexico to reside in the United States.

For more information about “Grandparenting Children with Disabilities” please visit the publisher’s website.