Eboo Patel Is the Next Guest of Hendricks Chapel Conversation Series

Eboo Patel, president and founder of Interfaith Youth Core, is the next guest for “Matters that Matter: A Conversation Series from Hendricks Chapel.”

Patel will join Hendricks Chapel Dean Brian Konkol for a virtual conversation on Tuesday, Sept. 22, at 7 p.m. ET. They will discuss “interfaith cooperation and the future of higher education.” 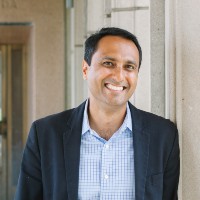 Patel founded Interfaith Youth Core in 2002 on the idea that religion should be a bridge of cooperation rather than a barrier of division. Interfaith Youth Core is a national nonprofit working towards an America where people of different faiths, worldviews and traditions can bridge differences and find common values to build a shared life together.

Patel also served on former President Barack Obama’s inaugural Advisory Council on Faith-Based and Neighborhood Partnerships, which brought together leaders and experts to advise the White House on how to improve the partnerships it forms to serve people in need. In 2009, U.S. News & World Report named Patel as one of America’s Best Leaders. He holds a doctorate in the sociology of religion from Oxford University, where he studied on a Rhodes Scholarship, and is the author of “Acts of Faith,” “Sacred Ground,” “Interfaith Leadership: A Primer” and “Out of Many Faiths: Religious Diversity and the American Promise.”

This will be the 15th installment of “Matters that Matter: A Conversation Series from Hendricks Chapel,” a virtual series hosted by Hendricks Chapel that brings local and national thought leaders together in conversation to discuss critical matters facing society. Learn more at hendricks.syr.edu.