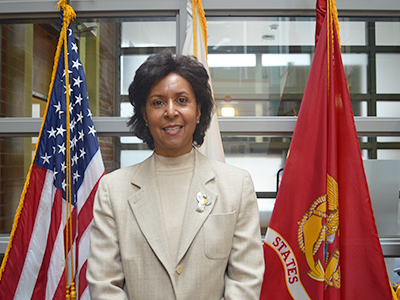 Syracuse University has named Cydney Johnson ’77, G’96 vice president for community engagement and government relations. Since April of 2018, Johnson has served as the University’s executive director for state and local government relations, reporting to Vice Chancellor for Strategic Initiatives and Innovation J. Michael Haynie. Johnson’s appointment was recently approved by the Executive Committee of the Board of Trustees.

“Cydney has a long track record of developing deep and trusting relationships with government officials and civic leaders,” says Haynie. “She is a longtime member of this community and brings tremendous insight into the needs of our region. She understands well the University’s social and cultural impact on Central New York, and the important role that Syracuse University plays in regional economic development. Her service to the Central New York Regional Development and Planning Board, the Syracuse Partnership Council and the Syracuse City School District represents a history of deep ties to the community and positions her as a trusted community partner.”

When Johnson was hired by Syracuse University as executive director for state and local government relations, she brought to her alma mater more than two decades of experience in government relations, higher education and nonprofit/business development. Cydney is a double alumna of Syracuse, having received her undergraduate degree and MBA from the Martin J. Whitman School of Management. Johnson also spent seven years as an adjunct professor in the David B. Falk College of Sport and Human Dynamics.

Johnson has previously served as senior vice president of U.S. accounts at Blueprint LTD, a small global marketing firm; vice president of consumer marketing and sales at Oneida Limited; and director of development at the Whitman School. She is a member of the Central New York Regional Development and Planning board and a board member of the Syracuse Partnership Council with the Syracuse City School District. She resides in the City of Syracuse.