The Syracuse University College of Law and the Onondaga County Bar Association (OCBA), along with other community partners and the generous support of Central New York private law firms, have launched a new educational series, “Race & Justice in Central New York.” 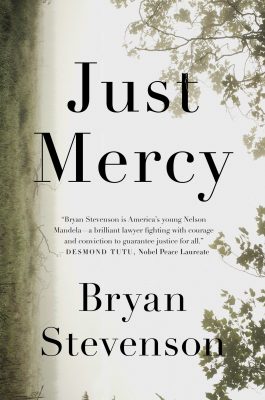 The inaugural event in the series is the “Racial Justice Community Book Read,” featuring discussion of “Just Mercy” by Bryan Stevenson. The College of Law Library in Dineen Hall is one of the sign up and book pick up locations for the series. Participants can register for the series and receive a complimentary copy of “Just Mercy” via the OCBA website. The book is also available through Onondaga County Public Libraries in hard copy and audiobook formats.

Open to all members of the Central New York community, the book read discussions begin on Sept. 14  at 6 p.m. via Zoom and continue on a weekly basis until Nov. 23 (there will be no discussion on Sept. 28 in observance of Yom Kippur).

“The deaths of George Floyd, Breonna Taylor, Ahmaud Arbery and other unarmed Black people and people of color at the hands of law enforcement compelled the Bar Association and the College of Law to respond in ways that involved, informed and collaborated across our community,” Paula Johnson, professor of law, co-director of the Cold Case Justice Initiative and a project coordinator for Race & Justice in Central New York, told the Syracuse Post-Standard.

“Just Mercy” is the true story of how Stevenson founded the Equal Justice Initiative (EJI), a nonprofit that provides legal representation to people who have been unfairly convicted or sentenced. It has been described as “a powerful true story about … the importance of confronting injustice.”

One of the goals of “Race & Justice in Central New York” is to help people examine and better understand the structure of local and national legal systems and their impact on disparate outcomes for those in historically disenfranchised groups.

“Stevenson so effectively details the endemic racism, classism and gender bias that permeates the criminal justice system in the United States,” Johnson says. “He also provides windows where the imperative and possibilities for change exist. Members of all communities will find resonance in what Stevenson reveals, which can inform the necessary changes that must take place in their own locations.”

Beginning with the “Racial Justice Community Book Read,” the project is aimed at raising awareness of how the Central New York community can address systemic racism and inequality. “Future series will look at electoral systems, decision making processes, inclusion/exclusion, disparities in distribution of public resources and accountability by offices and office holders to all members of the community,” adds Johnson.