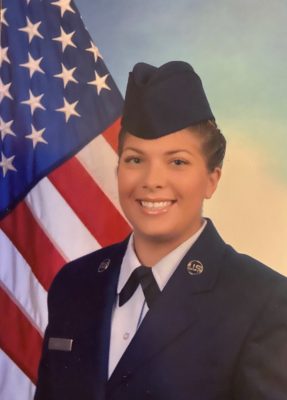 In its fourth year as one of just 15 Pat Tillman Foundation University Partners, Syracuse University proudly announces Laura Buys ’18, G’21 as its 2020 Tillman Scholar. Buys is one of only 60 students nationwide to be awarded the prestigious scholarship.

“As a Syracuse University Tillman Scholar, I feel honored to be part of a community of multidisciplinary professionals who are committed to creating a better future through service and humble leadership,” says Buys. “As a clinical social worker, this means advocating and working for innovative, inclusive, socially just, and culturally competent mental health policy and programs.”

Laura’s path to military service and Syracuse began in St. Paul, MN, where she spent a chaotic childhood moving between schools. Her family struggled with poverty and by the time she was 15, she was both attending school and working to support her family. In hopes of a better future, she studied hard to graduate early and in 2012, after scoring well on the Air Force test, Laura enlisted in the Air Force and became an operations intelligence analyst. At only 19 years old, she had earned a top security clearance and was briefing military and political officials who had been serving longer than she had been alive. During her time in uniform, she would go on to serve under and collaborate with the NSA, CIA and the Department of Defense Missile Defense Agency. 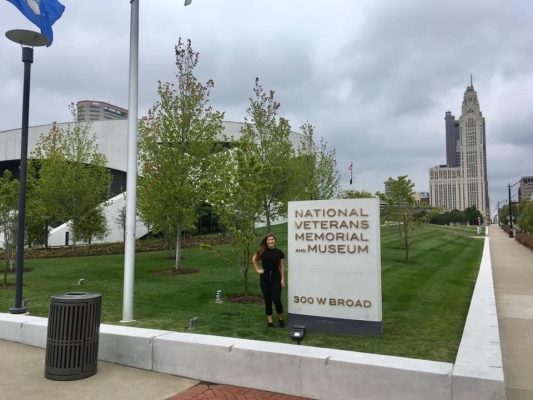 Buys during a visit to the National Veterans Memorial and Museum in Columbus, Ohio.

In 2014, Laura deployed to Qatar and later to Alaska and Japan with the prestigious Cobra Ball, a rapidly deployable aircraft that flies missions of national priority in support of international treaty verification. On one deployment, of the 71 service members in her unit, Laura was one of just two women.

During her military career, Laura delivered over 600 intelligence briefings to Air Force leadership, aircrew and government officials around the world. She also supported 160 U.S. Central Command combat missions, leading to more than 11,000 signals intelligence reports and eight relief airdrops to displaced Yazidi civilians in northern Iraq. As a result of her exemplary service, Laura was awarded a medal for Meritorious Service Achievement and recognized as Senior Airman Below the Zone.

“Communication and public speaking skills got me far,” she says. “As did my desire to connect with and understand others.”

After honorably separating in 2017, Laura was able to fully immerse herself in a career in human services, choosing to pursue a bachelor’s degree in women’s and gender studies and a master of social work degree from Syracuse University. Laura is also currently serving as the school’s disability services liaison for student veterans, a confidential program where she helps connect student veterans like herself to the Center for Disability Resources and other community and campus wellness programs.

“Syracuse University truly is the best place for veterans—I know this from experience, having earned almost two degrees here,” says Buys. “There are so many resources for military-connected students and veterans. I can’t say enough good things about the opportunities I’ve been given here.” 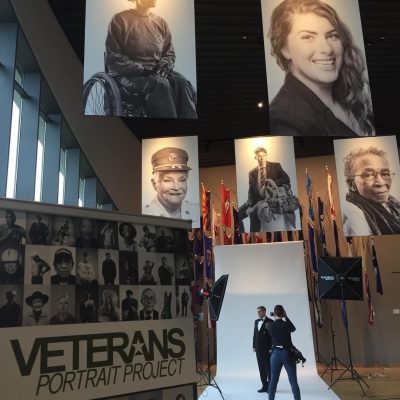 In addition to her studies, Laura has worked and volunteered with a wide array of populations and causes, including veterans, homeless families, young adults with developmental disabilities, LGBTQIA rights and advocacy, at-risk youth, refugees and the elderly. Her goal is to continue making a positive impact by dismantling forms of social injustice and helping others overcome trauma. Laura’s story is currently being featured in the National Veteran’s Museum and Memorial in Columbus, Ohio as part of an exhibition by fellow Syracuse University graduate, veteran and founder of the Veterans Portrait Project, Stacy Pearsall ’05.

The Tillman Scholarship honors former starting safety Pat Tillman, of the National Football League’s Arizona Cardinals. In 2002, Tillman put his football career on hold to serve his country. Family and friends established the Pat Tillman Foundation following Tillman’s death in April 2004 while serving with the U.S. Army’s 75th Ranger Regiment in Afghanistan. The namesake foundation invests in military veterans and their spouses through scholarship and programmatic support and is dedicated to building a diverse community of leaders committed to service to others.

Syracuse University was selected as a Pat Tillman Foundation University Partner in 2017 for its innovative veteran services, strong culture of support for military veterans and spouses and its rigorous academic programs. The partnership closely aligns with the University’s commitment to be “the best place for veterans,” enabling recipients to apply the lessons learned in life, at Syracuse University and in the military to impact America for years to come. The next Tillman application cycle will open in February 2021.