Flaum, who came to Syracuse University on a wrestling scholarship, earned a bachelor’s degree in finance from the Martin J. Whitman School of Management in 1975 and a J.D. from the University of New Hampshire School of Law (formerly Franklin Pierce Law Center). The Flaum family’s connection to Syracuse University runs deep. Flaum and his wife, Ilene ’76, are the parents of Asher ’02 (David B. Falk College of Sport and Human Dynamics), Sara Flaum Ressler ’07 (Whitman School) and Loren. 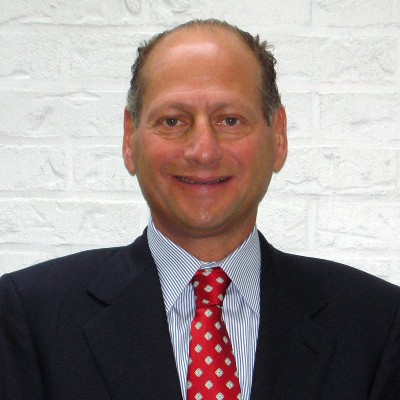 The Flaums have been deeply engaged in the Syracuse University community. David Flaum was first elected to the University’s Board of Trustees in 1994 and served on the Board’s academic affairs and facilities committees. He was also a member of the Whitman Advisory Council and active on the board of the Winnick Hillel Center for Jewish Life, where he served as co-chair.

“As a longtime member of the Board of Trustees, David provided valuable input as an Upstate New York resident and Trustee,” says Board Chair Kathleen Walters ’73. “We are grateful for his devotion to his alma mater, and for what he shared with us as an alumnus, colleague and friend. I have heard from so many of our fellow trustees expressing their sorrow, and we are all keeping Ilene and their family close in our thoughts.”

The couple provided the lead gifts to the Martin J. Whitman School of Management for the establishment of the David and Ilene Flaum Grand Hall and the Ilene and David Flaum Endowed Chancellor’s Scholarship. Co-recipients of the Whitman School’s Alumni of the Year Award in 1997, the Flaums have been generous supporters of the entrepreneurship program and supported many other initiatives in the school and for Syracuse University Athletics.

“David was a strong champion of Syracuse University—from his work on the Board of Trustees, to the support that he and Ilene have given to the Whitman School and Athletics, to the knowledge and experience he shared with our students,” says Chancellor Kent Syverud. “The University is a stronger institution today because of David’s service and generosity.”

“All of us at Whitman are deeply saddened by David’s passing,” says Whitman School Dean Gene Anderson. “He has long been an ardent and generous supporter of our community, including naming our building’s signature feature, Flaum Grand Hall. He will be sorely missed.”

Flaum was a leader in business and in philanthropic and community interests in Rochester. He was the founder and chief executive officer of Flaum Management Co. Inc., which owns, manages and develops a diverse property portfolio that includes shopping centers, office buildings, recreational facilities, apartment complexes and commercial land in the northeastern and southeastern United States. He took pride in redeveloping undervalued and empty properties, transforming them into thriving commercial centers.

Flaum and his wife were heavily involved in philanthropic causes, particularly in healthcare, education and the community. In 2017, Flaum became the 80th recipient of the Rochester Rotary Award. He also accepted, on behalf of his family, the Multi-Generational Award from the Association of Fundraising Professionals Genesee Valley Chapter. He and his wife were honored by the Hillel Community Day School and the Rochester Chapter of Sports for Israel, the latter of which bestowed on them the Benjamin and Seymour Krieger Special Contributor Award.

He was also recognized by the New York State Rehabilitation Association, the Orchard Park Chamber of Commerce (Business Community Beautification Award) and the Town of Henrietta (Economic Developer Award).

Flaum is survived by his wife; his children and their partners; and his grandchildren.

“My father’s commitment to his family, his career and his community has been a powerful force that has changed this world for the better, in the Jewish tradition of tikkun olam,” says Asher Flaum. “Even in this difficult moment, we will draw on this example to build on his legacy and honor his memory.”