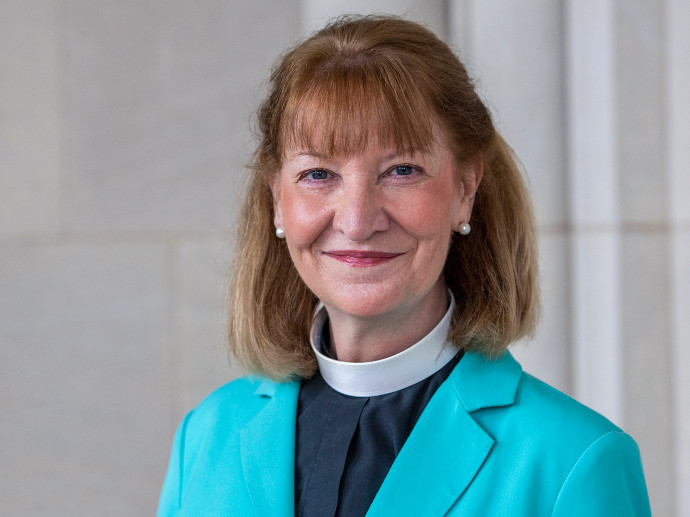 The Rev. Canon Jan Naylor Cope, provost of the Washington National Cathedral, is the next guest on “Matters that Matter: A Conversation Series from Hendricks Chapel.”

Cope will join Hendricks Chapel Dean Brian Konkol for a virtual conversation on Wednesday, Aug. 26, at 7 p.m. ET. They will discuss “ministry at the intersections of sacred and civic life.”

The Washington National Cathedral, which serves the Episcopal Diocese of Washington, is often regarded as a “spiritual home for the nation” and a trusted voice of moral leadership during moments of national significance. As provost, Cope advances the mission of the cathedral through preaching, teaching and stewardship to ensure its role as a “house of prayer for all.”

She is also an adjunct professor of preaching at Wesley Seminary, guest preacher and speaker around the world, and a contributing meditation writer for The Bible Challenge. Prior to ordained ministry, she served as deputy director of presidential personnel in the White House and as president of the J. Naylor Cope Company.

This will be the eleventh installment of “Matters that Matter: A Conversation Series from Hendricks Chapel,” a virtual series hosted by Hendricks Chapel, which brings local and national thought leaders together in conversation to discuss critical matters facing society. Learn more at hendricks.syr.edu.