Series events typically take place on campus, but—following public health guidance due to the COVID-19 pandemic—this fall’s lectures will all be virtual, viewable via Zoom. And audience members will be able to submit questions for consideration as part of the experience, time permitting. Connection information will be provided closer to each event. 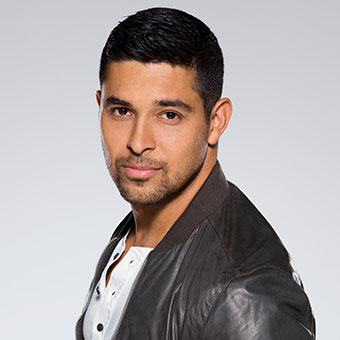 Valderrama will take part in a conversation with David Barbier Jr. ’23, an international relations major in the Maxwell School and a television, radio and film major in the Newhouse School. He is also a Posse Foundation Scholar and a participant in the Renée Crown University Honors Program.

Valderrama has amassed an extensive acting résumé in film and television that solidified him in Hollywood as a sought-after leading man. He is most recognized for his portrayal of the character Fez on Fox’s Emmy-nominated series “That ’70s Show” (1998-2006), a role that garnered him numerous Teen Choice Awards. In 2016, he joined the cast of the hit CBS drama “NCIS” (then in its 14th season) as NCIS Special Agent Nick Torres.

Behind the camera, Valderrama created and produced the MTV series “YO MOMMA,” also serving as its host. And his production company WV Entertainment has multiple television and film projects in development.

In his community, Valderrama serves on the board of Voto Latino and is the spokesperson for the Congressional Hispanic Caucus Institute’s Ready 2 Lead program, which works to educate and empower Latino youth. Valderrama also recently co-founded HARNESS, a group dedicated to connecting communities to inspire action and power change. In 2013, Valderrama was honored with an ALMA Award for Outstanding Social Activism.

Born in Miami, Valderrama moved to Venezuela with his family at age 3 and returned to the United States as a teen. He and his sisters were the first in their family to speak English, and his parents instilled in them the critical importance of education.

Fluent in both Spanish and English, Valderrama resides in Los Angeles.

Valderrama’s appearance is sponsored by the Office of Multicultural Affairs. 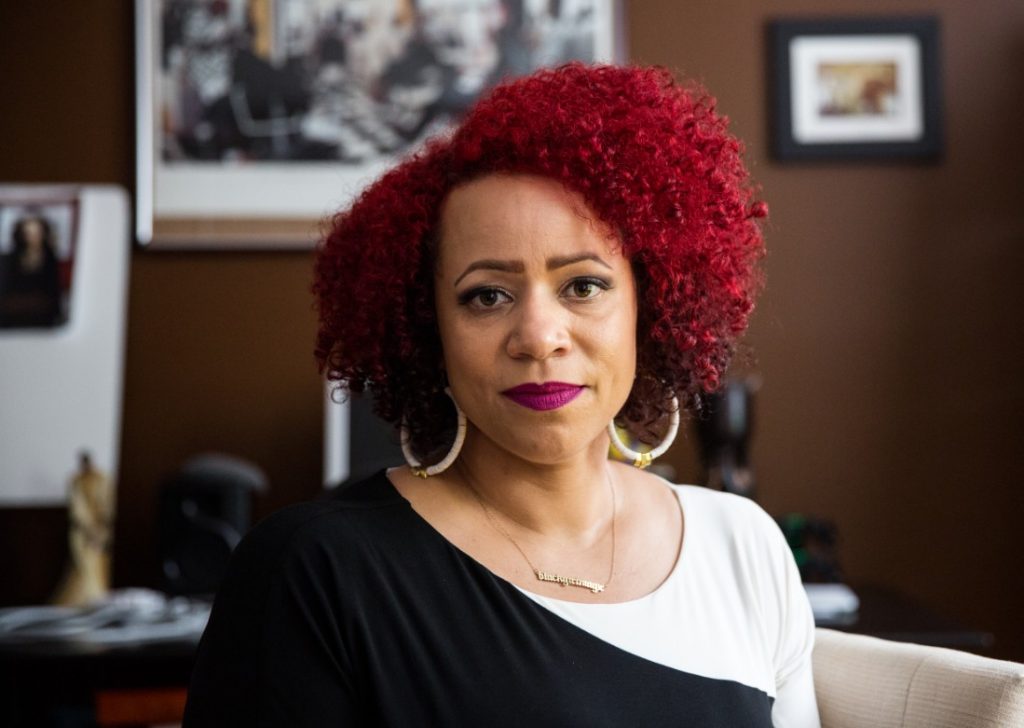 Hannah-Jones will be interviewed by Rawiya Kameir, assistant teaching professor in the magazine, news and digital journalism department in the Newhouse School. A critic, editor and producer, Kameir was a finalist for the 2020 National Magazine Award in the Essays and Criticism category.

Hannah-Jones covers racial injustice for The New York Times Magazine and has spent years chronicling the way official policy has created—and maintains—racial segregation in housing and schools. Her deeply personal reports on the black experience in America offer a compelling case for greater equity.

She was named a MacArthur Fellow in 2017 for “reshaping national conversations around education reform.” This is but one honor in a growing list. Her story “Worlds Apart” in The New York Times Magazine won the National Magazine Award (a.k.a. Ellie) for “journalism that illuminates issues of national importance” as well as the Hillman Prize for Magazine Journalism.

In 2016, Hannah-Jones was awarded a Peabody Award and a George Polk Award for radio reporting for her “This American Life” story “The Problem We All Live With.” She was named Journalist of the Year by the National Association of Black Journalists and was also named to 2019’s The Root 100 as well as Essence’s Woke 100. Her reporting has also won Deadline Club Awards, Online Journalism Awards, the Sigma Delta Chi Award for Public Service, the Fred M. Hechinger Grand Prize for Distinguished Education Reporting and the Emerson College President’s Award for Civic Leadership.

Most recently, The New York Times Magazine’s “The 1619 Project” that she spearheaded on the history and lasting legacy of American slavery went viral, and her powerful introductory essay—written under the headline “Our Democracy’s Founding Ideals Were False When They Were Written. Black Americans Have Fought to Make Them True”—was awarded the 2020 Pulitzer Prize for commentary. Named for the year the first enslaved Africans arrived in America, the project features an ongoing series of essays and art on the relationship between slavery and everything from social infrastructure and segregation, to music and sugar—all by Black American authors, activists, journalists and others.

Nothing we know about American life today has been untouched by the legacy of slavery. “The 1619 Project” quickly went viral—the print issue flew off shelves immediately, prompting hundreds of thousands of extra copies to be printed—spreading its heartbreaking and important message worldwide. Random House announced that it will be adapting the project into a graphic novel and four publications for young readers, while also releasing an extended version of the original publication, including more essays, fiction and poetry.

Earlier this year, Hannah-Jones appeared on “The Daily Show with Trevor Noah” to discuss the project. And an impactful ad about the project—a collaboration with singer-songwriter Janelle Monáe—debuted at the Oscars just days later.

In addition to Hannah-Jones’ Pulitzer, “The 1619 Project” won two 2020 National Magazine Awards this past May, in the Public Interest category and in the Podcasting category, for three audio pieces.

In February 2020, she was profiled by Essence as part of its Black History Month series, celebrating “the accomplishments made by those in the past, as well as those paving the way for the future.”

Hannah-Jones co-founded the Ida B. Wells Society for Investigative Reporting with the goal of increasing the number of reporters and editors of color.

Along with The New York Times, her reporting has been featured in ProPublica, The Atlantic Magazine, Huffington Post, Essence, The Week Magazine, Grist, Politico Magazine and on “Face the Nation,” “This American Life,” “The Tom Joyner Morning Show,” MSNBC, C-SPAN, Democracy Now and radio stations across the country.

Hannah-Jones’ appearance is co-sponsored by the Syracuse University Humanities Center, which is presenting “Futures,” the 2020-21 Syracuse Symposium. 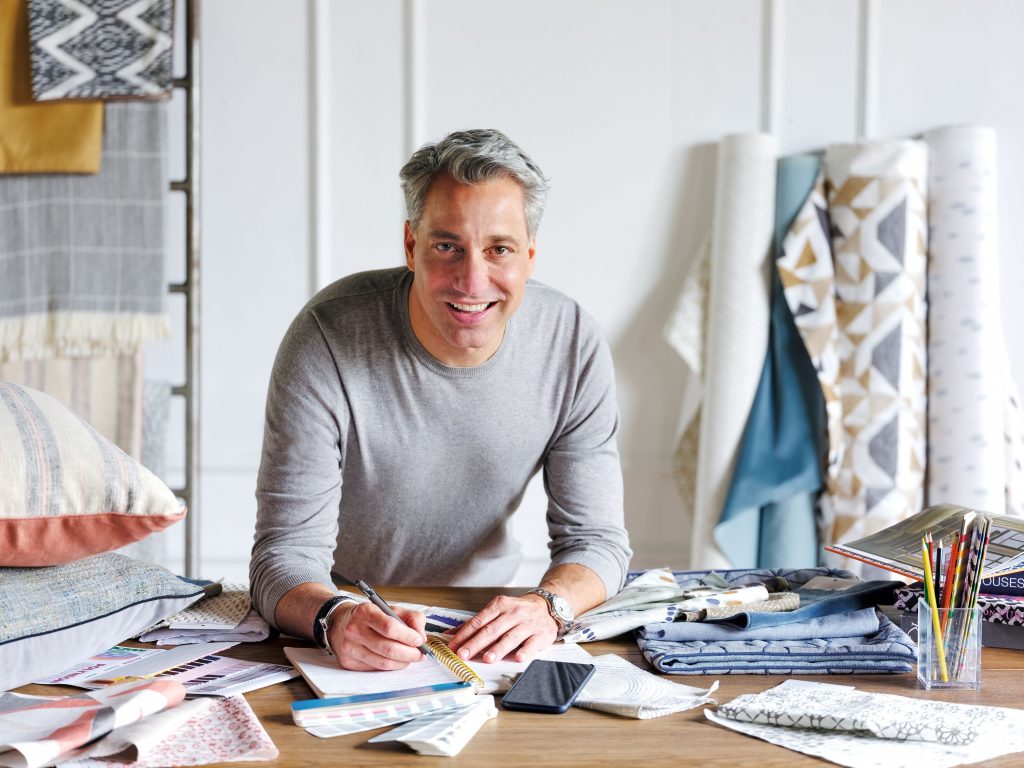 Filicia started his career at renowned design firms Parish-Hadley, Robert Metzger and Bilhuber & Associates. He launched his acclaimed enterprise Thom Filicia Inc. in 1998 and emerged as one of today’s most influential and respected interior and product designers. His projects range from residential and hospitality to commercial interiors all over the world.

Filicia has been praised as a top designer and international tastemaker. He gained widespread fame for his role as the interior design expert on the Emmy Award-winning “Queer Eye for the Straight Guy,” as well as for his television work for Style Network, HGTV and most recently Bravo’s “Get a Room with Carson & Thom.”

He is also the driving force behind the Thom Filicia Home Collection, which includes furniture, artwork, bedding, textiles and wallcovering, and has a flagship showroom, called Sedgwick & Brattle, at The New York Design Center.

Filicia’s appearance is co-sponsored by the College of Visual and Performing Arts and is part of Syracuse University’s LGBTQ History Month.