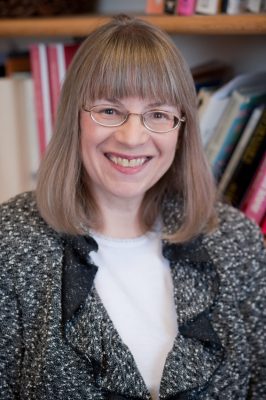 After serving as its director or co-director since 2005, Catherine Gerard has stepped down from her leadership role at the Maxwell School’s renowned Program for the Advancement of Research on Conflict and Collaboration (PARCC), effective July 1, 2020. Gerard will continue as an adjunct professor of public administration and associate director for the Executive Education Programs at Maxwell, and also continue her work as co-director of the Collaborative Governance Initiative at PARCC.

PARCC is a multi-faceted, interdisciplinary research center that advances theory, practice, and education in the fields of conflict and collaboration. Founded in 1986 by Louis Kriesberg, Maxwell Professor Emeritus of Social Conflict Studies, PARCC was among the first centers of its kind and remains among the most influential. PARCC is known for its breakthrough work in conflict transformation and identity conflicts in the international arena, as well as research in collaborative governance, environmental conflict, and advocacy and social movements.

Under Gerard’s leadership, PARCC expanded its global footprint and significantly grew its research, teaching and training portfolio, particularly in the area of online education. It launched the Collaborative Governance Initiative to conduct research and training programs on public management and changed the name of the center—from the Program for the Analysis and Resolution of Conflicts—to better reflect the new focus. It established E-PARCC, the first online collection of peer-reviewed cases and simulations for the teaching of collaborative governance and collaborative development. It expanded its certificate of advanced study in conflict and collaboration to include online and hybrid options, making it more accessible to a wider number of students. Gerard helped develop PARCC’s visiting fellows program, with particular focus on Chinese scholars engaged in collaborative work, and expanded PARCC’s international impact through practice and research grants in Central America, Africa, and the Middle East.

Importantly, Gerard’s efforts resulted in three edited volumes of interdisciplinary scholarship on the frontiers of conflict, the relationship between conflict and collaboration, and new approaches to transforming intractable conflicts. She is co-editor of “Overcoming Intractable Conflicts: New Approaches to Constructive Transformations” (Rowman & Littlefield, 2019) and co-author of “Understanding the Link Between Collaboration and Better or Worse Relations: The View from Public Administration,” in “Conflict and Collaboration: For Better or Worse” (Routledge, 2018), of which she is a co-editor.

“Catherine personifies the Maxwell spirit of connecting interdisciplinary scholarship to public service skills and capabilities; and through her leadership, PARCC’s reach and reputation as a top research center has expanded in myriad ways and left indelible marks on the intellectual landscape of the conflict and collaboration community,” says David M. Van Slyke, dean of the Maxwell School. “A consummate citizen and professional, Catherine is always willing to lean in, listen, and support others through her engagement and commitment to the school and University. I am grateful to Catherine for her service and am pleased that she will remain an active partner in helping the School achieve its mission.” 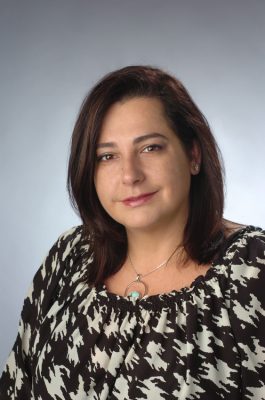 Nabatchi, who joined the Maxwell School in 2007, is the Joseph A. Strasser Endowed Professor in Public Administration and a member of the faculty of Public Administration and International Affairs. She previously had been research coordinator for the Indiana Conflict Resolution Institute at Indiana University-Bloomington, where she consulted on alternative dispute resolution in several U.S. federal agencies. Her current research centers on collaborative governance and public engagement. Among many other projects, she worked on the federal government’s Open Government National Action Plans and a World Bank online course about citizen engagement (delivered to tens of thousands of participants around the world). She also has extensive scholarly involvement in Participedia, an online repository of democratic and participatory innovations around the world.

Nabatchi is a well-regarded researcher and an elected fellow of the National Academy of Public Administration—one of the highest indicators of esteem in her field. She is co-author of “Collaborative Governance Regimes,” with Kirk Emerson (Georgetown University Press, 2015), which won the 2017 Sharon M. Pickett Award from the Association for Conflict Resolution. She is also lead editor of “Democracy in Motion: Evaluating the Practice and Impact of Deliberative Civic Engagement” (Oxford University Press, 2012) and co-author of “Public Participation for 21st Century Democracy,” with Matt Leighninger (Jossey-Bass, 2015). She is the author of several award-winning articles, including ones on citizenship and collaborative governance that won the 2010 Best Article Award from American Review of Public Administration and the 2015 best article award from Public Performance and Management Review. Her article on stakeholder and citizen participation in the work of government was named one of the 75 most influential articles in the history of Public Administration Review.