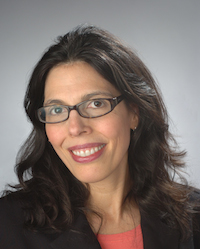 With less than 100 days to go before the U.S. election, U.S. intelligence officials are warning of attempted interference by Russia, China and Iran, according to an update from the Office of the Director of National Intelligence.

Corri Zoli is an Associate Professor in Syracuse University’s College of Law and the Research Director for Syracuse University’s Institute for Security Policy and Law. Prof. Zoli’s research focuses on contemporary problems of warfare from an interdisciplinary social science, public policy, and law perspective, and one track of her research investigates the changing nature of the U.S. military force structure and the challenges of asymmetric warfare for military personnel.

“Election interference from foreign actors is a common and persistent concern in the United States (as well as in other democracies). Open systems with free markets, free speech, and robust public spheres are always subject to influence operations by actors, state and nonstate, with their own agendas. These influence agendas may be motivated by political and economic interests, an opportunity for peer competitors to gain an advantage or edge over the U.S., or they may be efforts to simply test the strength and resilience of U.S. public democratic institutions and processes, to see how far they can exercise power and influence on an unsuspecting American public.

“The recent statement by William Evanina, at the U.S. Office of the Director of National Intelligence (ODNI’s) Director of National Counterintelligence and Security Center (NCSC), should be read as a positive, proactive posture on the part of the federal government. It indicates that U.S. Intelligence professionals are ready and aware of these multifaceted election threats. Part of the purpose of Director Evanina’s message is to publicize the issue—to make ordinary Americans aware that bad actors will try to influence them through information campaigns, including on social media platforms.  The reach of those influence campaigns also includes cyber acts targeting election systems and infrastructure. The U.S. is somewhat distinctive in the diversity of our election systems among municipalities and states, with multiple redundancies and post-election auditing procedures, all of which makes voter fraud less likely. There are recent cases of U.S. based election interference by vote tampering, evident in recent prosecutions of individuals, including over 900 criminal convictions across the U.S. of individuals attempting to change or remove votes (false registration, buying votes, misuse of absentee ballots, etc.)—but still the scope of that problem is relatively small.

“Director Evanina’s message is also designed to educate Americans and all private and government entities to adopt an aware and “hardened” posture about foreign influence campaigns in social and traditional media designed to shape U.S. voters’ perspectives and preferences by manipulating fears—about COVID-19 and the pandemic response, recent protests and riots across the nation, political division, etc.”