Mark R. Jacobson, a scholar of foreign policy and national security who also has extensive work experience in federal government and international organizations, has been named to lead Washington, D.C., operations for the Maxwell School of Citizenship and Public Affairs at Syracuse University – the nation’s  No. 1-ranked school for public affairs (U.S. News & World Report). 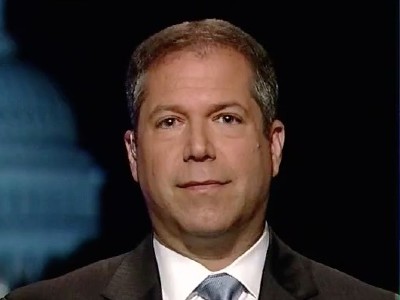 As assistant dean for Washington programs, Jacobson will oversee year-round academic programs for Maxwell’s D.C. headquarters at the Center for Strategic and International Studies (CSIS), the No. 1-ranked think tank in the United States (University of Pennsylvania Go To Global Think Tank Index) where Maxwell serves approximately 200 undergraduate, graduate and midcareer executive students each year.

In this role, Jacobson will work with main campus leaders to recruit instructors, assess and strengthen curriculum, and promote the Washington programs to future students and other stakeholders. He will direct faculty and staff and work with them to supervise undergraduate and graduate internships (with as many as 60 organizations in the nation’s capital each year), mentor students, provide career networking guidance, lead professional development workshops for students and alumni, teach an undergraduate seminar and other coursework supporting programmatic needs and initiatives, and build partnerships that expand opportunities for students and alumni.

Prior to this appointment, Jacobson was the John J. McCloy Professor of American Institutions and International Diplomacy at Amherst College, with research interests that include propaganda and political warfare during the Cold War and the intersection of military service and identity communities in the United States. He has taught previously at Georgetown University, George Washington University and The Ohio State University. He is a nonresident senior fellow at Salve Regina University’s Pell Center for International Relations and Public Policy and a former fellow at the German Marshall Fund of the United States. And he is a frequent writer and source for the popular media on the military and international affairs.

“We are thrilled that Mark Jacobson will lead our Washington programs,” says David M. Van Slyke, dean of the Maxwell School. “His experience as a scholar, instructor, policy practitioner and veteran offer the background and training to work with students and faculty and build partnerships with a range of public, nonprofit and private organizations. His expertise can further strengthen our connections to CSIS, grow the strength and visibility of our academic programs and deepen the school’s relationships with the D.C. community.”

Jacobson brings to his new assignment more than 20 years of experience in the public sector. He was recently a senior advisor to the secretary of defense and special assistant to the secretary of the Navy, and previously served in Afghanistan as the deputy NATO representative and director of international affairs at the International Security Assistance Force. Earlier in his career, Jacobson filled multiple roles at the Pentagon and, on Capitol Hill, worked for Sen. Carl Levin (D-Michigan) on the staff of the Senate Armed Services Committee, where he participated in the inquiry into the treatment and interrogation of detainees in U.S. custody. He has served recently as a senior policy advisor at Kasowitz Benson Torres, where he advised clients on complex and politically sensitive issues they face.

Jacobson is a veteran of both the Army and Navy reserves and his service includes mobilizations to Bosnia and Afghanistan. He holds degrees from the University of Michigan, King’s College (University of London) and The Ohio State University (from which he earned a Ph.D. in military history).

“I’m humbled to join the Maxwell School, an institution that has an incredible reputation for educating and training current and future leaders to deal with the complex challenges our nation faces today,” Jacobson says. “I look forward to building upon the success of the programs in Washington, D.C.”