What is Op-Ed Appropriate?

The controversial New York Times op-ed from U.S. Sen. Tom Cotton (R-Ark.), which called for a military response to protests across the nation sparked by the murder of George Floyd, is creating plenty of debate about what is appropriate for print. Hub Brown, associate professor of broadcast and digital journalism and associate dean of research, creativity, international initiatives and diversity in the Newhouse School, and Joel Kaplan, associate dean for professional graduate studies and professor of magazine, news and digital journalism in the Newhouse School, offer differing viewpoints on what is appropriate when it comes to op-eds. 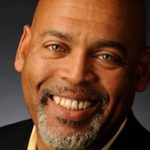 “I know that those who advance the notion of a ‘marketplace of ideas’ believe that it’s the way to allow the best ideas to rise to the surface. At least that’s the driving philosophy behind my colleague Joel Kaplan’s comments in this space (below), in which he defended The New York Times’ publishing of Arkansas Sen. Tom Cotton’s incendiary, fascist op-ed, ‘Tom Cotton: Send in The Troops,’ published on June 3.

“Lately, that old notion seems most often invoked in defense of speech that offends or threatens, and those who are threatened are often people of color, women or people in the LGBTQ community. It’s often invoked in the interests of punching down in this hierarchical society. Ideas in defense of the marginalized seemed to have a much harder time making it to this mythical market. The New York Times had the opportunity to publish Dr. Martin Luther King’s ‘Letter From Birmingham Jail,’ but chose not to do so. The ‘marketplace of ideas’ metaphor assumes a level playing field for ideas that has never existed.

“There is a great distance between offering ideas that provoke thought and spur debate and ideas that openly threaten your readers. There are some who may not have seen Sen. Cotton’s words as threatening. Certainly, white men of a certain age have that privilege. I don’t, and neither do the young people marching in the streets. Neither, also, do the journalists who would be standing in the line of fire.

“The New York Times is under no obligation to publish ideas that can get people killed. In fact (and it’s sad that this must be pointed out), they should take care to avoid advocating ideas that could kill people, some of them possibly our own students and alumni.

“It is asserted that there is no such thing as a false idea. If that is true, then there is also no such thing as a true idea, because under this definition, truth or falsity is not a standard that we apply to ideas. Ideas may not be true or false, but they can be a lot of other things: descriptive, constructive, presented in good or bad faith, or toxic. Or murderous.

“’Let’s drive down the highway at 100 miles per hour with our eyes closed’ is not a false or true idea. It’s just an irredeemably stupid one. You don’t need that idea to be tested in some fictional marketplace to know that. And The New York Times has the right to make the editorial decision not to print something so destructive. They should have done so in the case of Sen. Cotton, who had many other ways to advance his fascist notions.” 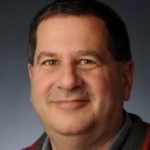 “The world of journalism has turned upside down in recent years between an economic collapse, allegations of alternative facts and fake news and lies being spewed by elected officials. Now the very basis of the marketplace of ideas—that there is no such thing as a false idea—is also under attack.

“The New York Times published last week an op-ed by conservative U.S. Sen. Tom Cotton, who advocated sending in the troops to quell the protests going on nationwide. No doubt a vast majority of The Times’ readers strongly disagree with Sen. Cotton’s opinion.

“But now we are hearing that there is a huge backlash—including in The Times’ own newsroom—against the decision to publish the piece.

“But to kill this opinion? To make sure it isn’t provided to Times’ readers? How absurd. If readers of The New York Times only want to read opinions they agree with, then they should stick to Facebook and only friend their like-minded family members. The marketplace of ideas is designed to disseminate ugly, deceitful, beautiful, disgusting, anti-Democratic, anti-fascist thoughts. Some of those thoughts are based on false fact and should be called out. But there are no false ideas.”

Reporters looking for insight into the leaked opinion showing Supreme Court justices are working on an advanced decision to overturn Roe v. Wade, please see comments from Syracuse University experts.  They each offer insight on what this means in the…