‘Why Twitter Finally Decided to Label Trump’s Tweets as Misinformation’ 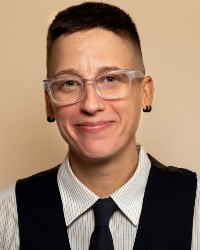 Jennifer Grygiel is an assistant professor of communications in the Newhouse School.

In a landmark action, Twitter has for the first time attached independent fact-checking information directly to two tweets from President Donald Trump. The president’s tweets make false claims alleging that wider use of mail-in ballots will result in an increase in voter fraud.

“Trump has come to depend on his Twitter feed as a way to circumvent the press and directly share his unfiltered thoughts with the public,” Grygiel writes in a commentary for Fast Company. “Twitter’s action signals the company may step into the fray, changing the information he is sending to his followers.

“The company is buying some time with this move, but the public is likely to keep a close eye on its actions as the presidential election approaches. After the 2016 U.S. presidential election, Americans became much more aware of how loose the rules were for misinformation and propaganda on social media—and are on the lookout for it from all potential sources, including the White House.”

To read their full essay, visit the Fast Company website.