Whitney Phillips, assistant professor in the Department of Communication and Rhetorical Studies in the College of Visual and Performing Arts, has published a new book online (open access) with co-author Ryan M. Milner. “You Are Here: A Field Guide for Navigating Polluted Information” (MIT Press) offers strategies for navigating increasingly treacherous information flows. Using ecological metaphors, the authors emphasize how our individual me is entwined within a much larger we, and how everyone fits within an ever-shifting network map. 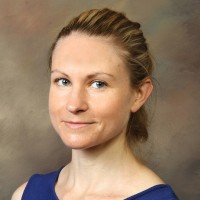 Philips and Milner describe how our poisoned media landscape came into being, beginning with the Satanic Panics of the 1980s and 1990s—which, they say, exemplify “network climate change”—and proceeding through the emergence of trolling culture and the rise of the reactionary far right (as well as its amplification by journalists) during and after the 2016 election. They explore the history of conspiracy theories in the United States, focusing on those concerning the Deep State; explain why old media literacy solutions fail to solve new media literacy problems; and suggest how we can navigate the network crisis more thoughtfully, effectively and ethically.

Phillips is the author of 2015’s “This is Why We Can’t Have Nice Things: Mapping the Relationship between Online Trolling and Mainstream Culture” (MIT Press), which was awarded the Association of Internet Researchers’ Nancy Baym Best Book Award. In 2017, she published “The Ambivalent Internet: Mischief, Oddity,and Antagonism Online” (Polity Press), co-authored with Milner. She is also the author of the three-part ethnographic study “The Oxygen of Amplification: Better Practices for Reporting on Far Right Extremists, Antagonists and Manipulators” (Data & Society, 2018). She is currently an ideas columnist at WIRED magazine and has published dozens of popular press pieces on digital culture and ethics in outlets including The New York Times, The Atlantic and Slate.

Milner is associate professor of communication at the College of Charleston. He studies Internet culture—everything from funny GIFs to Twitter debates to large-scale propaganda campaigns. Throughout this work, he assesses how online interaction matters socially, politically and culturally. He is the author of “The World Made Meme: Public Conversations and Participatory Media” and has contributed commentary to outlets like TIME, Slate, The Los Angeles Review of Books, NBC News and The New York Times.

A hardcopy version of “You Are Here” will be published in 2021.