Three New Members Elected to Syracuse University’s Board of Trustees

“The board welcomes these new members and is grateful for their commitment to Syracuse University,” says Board of Trustees Chair Kathleen A. Walters ’73. “As the University navigates these difficult times, we appreciate their dedication and the experience they bring to our continued work to secure and strengthen the University’s future.”

Chancellor Kent Syverud looks forward to their input and working with them to build upon the progress that has been made to achieve the University’s academic vision.

“We are honored to have Christine, Vincent and Raj-Ann as part of our university’s leadership,” says Chancellor Syverud. “All three have a strong commitment and connection to the University. With their expertise and experience, they will bring added perspective to the board and complement the work being done by our current members.” 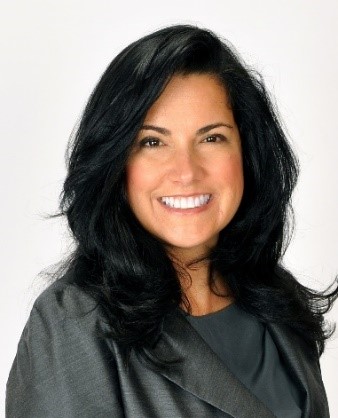 Carona has more than three decades of experience in wealth management. She is an executive director at Morgan Stanley in Boston, where she serves as a financial advisor and a senior investment management consultant. She leads a team that she developed around holistic wealth management for people and families faced with sudden wealth. Her team also assists families with a member who has special needs.

Committed to mentoring young people, Carona participates in a sponsorship program with Nativity Preparatory School and Newton Country Day School, both located in the Boston area. She is also a supporter of several organizations, including Rosie’s Place; Boston Children’s Hospital; the Urban Health Media Project; Best Buddies International; St. Mary’s Center for Women and Children; the Dana–Farber Cancer Institute; HomeStart; Upstate Foundation; the Food Bank of Central New York; and the Greater Boston Food Bank. She is a longtime sponsor of Boston’s Emerald Necklace and the Make-A-Wish Foundation.

Carona credits her parents for making many sacrifices so that she and her brother could attend Syracuse University. In 1985, Carona received a bachelor’s degree in human development and family science from the Falk College and in retail management from the Whitman School through the joint program in Whitman. While at Syracuse, she was a member of Alpha Phi. In 2000, she completed the College of Financial Planning program at Northeastern University.

Carona serves on Syracuse University’s National Campaign Council and Boston Regional Council, and has hosted events for The Hill Society. She has supported various initiatives in the College of Arts and Sciences, Falk College, the National Veterans Resource Center, the Barnes Center at The Arch and alumni relations.

Carona and her husband, Joseph Malarney, reside in Newton, Massachusetts. She has two children, Marissa Beney, a 2019 graduate of the College of the Holy Cross, and Sophia Beney, a sophomore at Syracuse University, and four stepchildren: Joe, John, Casey and Caroline Malarney. 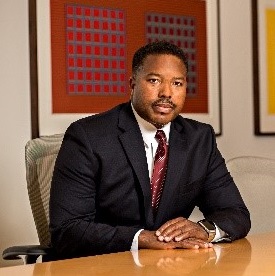 Cohen is a partner at Dechert LLP. He focuses on high-stakes litigation on behalf of individuals and corporations. As an experienced trial lawyer and investigator, he represents clients in sensitive government and internal investigations, government enforcement matters and complex civil and criminal litigation. Cohen is the former acting U.S. attorney for the District of Columbia. Prior to leading the largest U.S. attorney’s office in the nation, he served as the office’s principal assistant U.S. attorney for five years.

Throughout his career, Cohen has been consistently recognized for his professional accomplishments. He is recognized by Chambers USA as a leading lawyer in the area of white-collar crime and government investigations for the District of Columbia and is listed by Legal 500 US for corporate investigations and white-collar criminal defense. He was named a Rainmaker by MCCA in 2019 for being an exceptional diverse attorney whose business acumen and dedication to proactive client development set him apart as a leader in the legal profession. In 2018, he was named one of Savoy Magazine’s Most Influential Black Lawyers in America and was also listed as one of the 500 Leading Lawyers in America by Lawdragon. In 2014, he received the Presidential Star Award from the National Bar Association for his contributions in the field of law and, in 2010, he was identified as one of the “Nation’s Best Advocates: 40 Lawyers Under the Age of 40.” Cohen has also received the Director’s Award from the U.S. Secret Service for his contributions and commitment to the principles of responsible law enforcement, and Walker Memorial Baptist Church recognized him with the Public Service and Humanitarian Award for his work in ensuring equal justice for the people of Washington, D.C., through his selfless community involvement.

Cohen serves as an instructor teaching trial advocacy at Harvard Law School’s Trial Advocacy Workshop and is a frequent lecturer at Syracuse University, Georgetown University and Harvard law schools. He has served as general counsel and remains an active member of 100 Black Men of America Inc. (Greater Washington), an organization focused on improving the quality of life of minority youth in the Washington, D.C., metropolitan area.

Cohen serves on the Office of Multicultural Advancement’s Advisory Council and is a former member of the Syracuse University Law Alumni Association Board of Directors. He received the inaugural Syracuse Law Honors Award from the College of Law in 2015 for his distinguished achievement and, in 2008, Cohen received the Chancellor’s Citation for Distinguished Alumni Achievement in Law.

Cohen endowed an Our Time Has Come Scholarship in honor of his late father, Vincent Cohen Sr. ’57, L’60, who was an All-American basketball player at Syracuse University before attending the law school and becoming a successful corporate attorney in Washington, D.C. The elder Cohen was named a Syracuse Letterwinner of Distinction in 1982; a recipient of the George Arents Pioneer Medal, the University’s highest alumni honor, in 1986; was chair of the 1992 Coming Back Together (CBT) alumni reunion and was named to the Syracuse Men’s Basketball All-Century Team in 2000. Vincent Cohen Jr.’s sister, Dr. Traci Cohen Dennis ’90, is also an active alumna who supports the memorial endowment.

Cohen and his wife, Lisa, live in Washington, D.C., and are the parents of Vincent III and Laila. 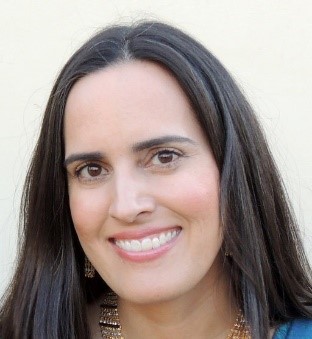 Gill has dedicated her entire career to nonprofit fundraising and program development and is currently a nonprofit fundraising consultant. In her several nonprofit development leadership roles, she has coordinated events ranging from panel discussions, policy briefings, private art collection visits and artist studio visits to donor trips and conferences for such organizations as The Asia Society and Museum, the American India Foundation in New York, and the San Jose Museum of Art and India Community Center in Silicon Valley.

From 2015-19, she was a curator of NEXUS India and was part of a small team that coordinated events for philanthropists in New Delhi, Silicon Valley, London and New York. NEXUS catalyzes new leadership and accelerates solutions to global problems through its mission to connect, inspire and activate exceptional social innovators and the next generation of influential families.

A San Francisco Bay Area native who is currently based in Northern Virginia with her husband, Pavan, she is expecting her first child later this year.

Syracuse University is a private research university that advances knowledge across disciplines to drive breakthrough discoveries and breakout leadership. Our collection of 13 schools and colleges with more than 200 customizable majors closes the gap between education and action so students can take on the world. In and beyond the classroom, we connect people, perspectives and practices to solve interconnected challenges with interdisciplinary approaches. Together, we’re a powerful community that moves ideas, individuals and impact beyond what’s possible.