The Light Work Grants in Photography are part of Light Work’s ongoing effort to provide support and encouragement to Central New York artists working in photography within a 50-mile radius of Syracuse.

The Hallway and Kathellen O. Ellis Galleries at Light Work are temporarily closed to the public as part of the organization’s commitment to helping flatten the COVID-19 curve. Those interested can visit Light Work exhibitions online, check out its catalog of artist videos and tune into the recently launched Light Work Podcast: Today’s Artists. On Photography. Light Work is located in the Robert B. Menschel Media Center at 316 Waverly Ave., Syracuse, New York.

Established in 1975, Light Work Grants program is one of the longest-running photography fellowships in the country. Each recipient receives a $3,000 stipend, exhibits their work at Light Work, and appears in Contact Sheet: The Light Work Annual. This year’s judges were Russell Lord (photo historian and Freeman Family Curator of Photographs at the New Orleans Museum of Art), Jacqui Palumbo (freelance editor, contributor to Artsy and writer and producer for “CNN Style”), and Aaron Turner (photographer, educator, Light Work AIR in 2018, and coordinator of the Center for Photographers of Color at the University of Arkansas). 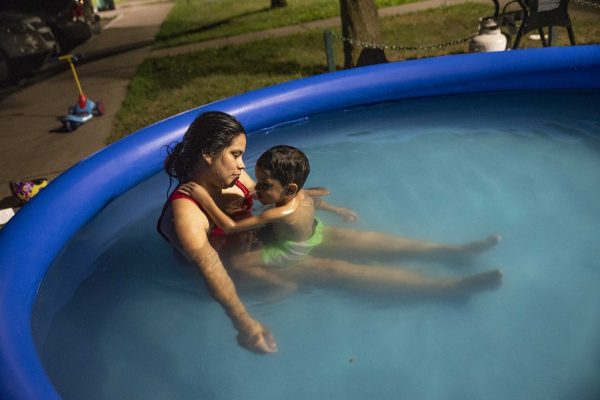 A series of 90-degree days spill into the comfort of night as the high temperatures bake the city of Syracuse. Carla and her son Jaxiel “Che Che” seek relief with an evening swim. Photo by Ben Cleeton

Ben Cleeton is a photographer based in Syracuse. Cleeton graduated from the S.I. Newhouse School of Public Communications in 2015 with a degree in photojournalism. His photographs have appeared in The New York Times in such stories as “Here’s Life Among the Ghosts” and “Getting Hockey Referees Ready for the Big Leagues,” and online in Black artist series: “Joshua Rashaad McFadden in The Undefeated.” His solo exhibition in 2015 at the Community Folks Art Center in Syracuse was titled “Green eyes: el Viejo.” Cleeton’s “Hesperus is Rising” won Best Music Video at the Central New York Film Festival in 2018.

Cleeton says, “In this project, I assemble stories offering a counter-narrative to one-dimensional portrayals of a once-thriving neighborhood now on the city’s margins. The images comprising this project capture sacred realities that both embody and transcend the mundane everyday lives of people from the Town. The Town, arguably, represents the invisible Syracuse that outsiders like myself don’t see. As a privileged white man working in a community of color, I am indebted to people who have invited a stranger into their lives. These vibrant pockets constitute The Town. My art is nothing without them.” 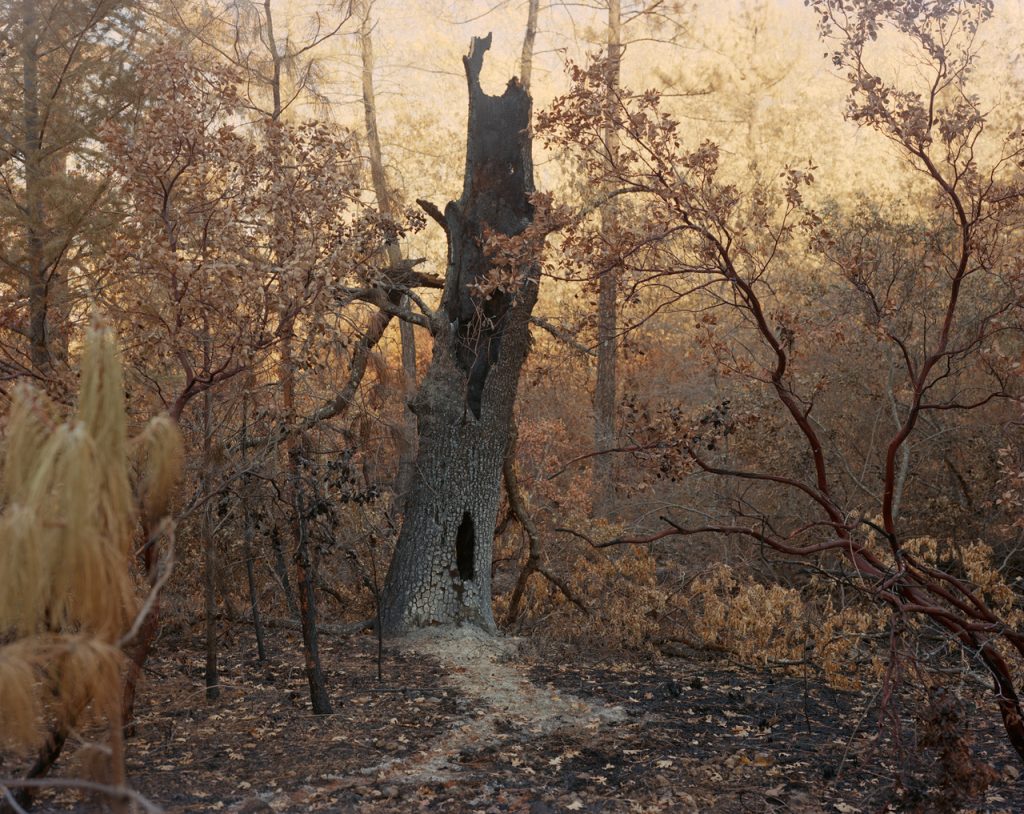 Christine Elfman is a visual artist who lives and works in Ithaca. She received a B.F.A. from Cornell University and an M.F.A. from California College of the Arts. She has exhibited her work at Gallery Wendi Norris (San Francisco), Handwerker Gallery (Ithaca College), Photofairs San Francisco, Philadelphia Photo Arts Center, University of the Arts (Philadelphia), and Zona Maco in Mexico City. Her work has appeared in Der Greif, Humble Arts Foundation, Photograph Magazine, The Photo Review, SF Weekly, and The San Francisco Chronicle. She is represented by Euqinom Gallery in San Francisco, California.

Elfman says, “Photographs embody the tension between fixing and fading especially well. While we tend to assume that they freeze time, photographs actually show us how impossible it is to ever fully capture something. My photographic work explores the temporal wane of objects, images, and memory. Color slips from the surface of paper, subjects become shadows, recognition fades into lore. Using the anthotype process, my images develop slowly: sitting outside for a month, the sun bleaches paper saturated with light-sensitive plant dyes. Once complete, these unfixable photographs slowly disappear, as they continue to fade in the light that we need to see them. When paired with fixed silver gelatin and inkjet prints, the images emphasize a tension between the archival impulse, ephemerality of photography, and the subjects themselves.” 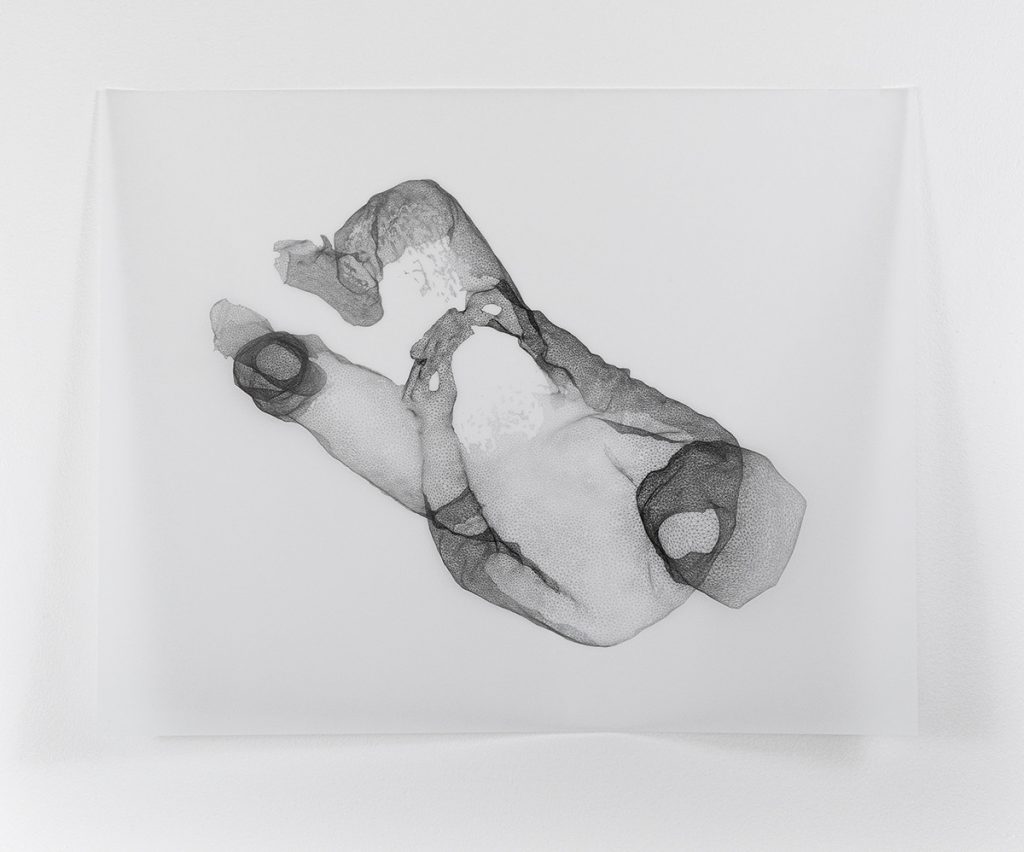 Gindlesberger says, “Blank______Photographs is a constellation of projects that look imaginatively at the radical shifts in photography’s materiality. In these projects, I seek to invert the hierarchy of visual and tactile that we expect from a photographic image. In subverting expectations and offering an alternative presentation of photographs, this work suggests new possibilities for what is ‘photographic.’ Though 1.5 trillion photographs come into being annually, most exist immaterially as pixels on screens. Re-focusing attention on the physicality of photographs is both elegiac and celebrates photography’s ability to reconfigure and reinvent itself continually.”