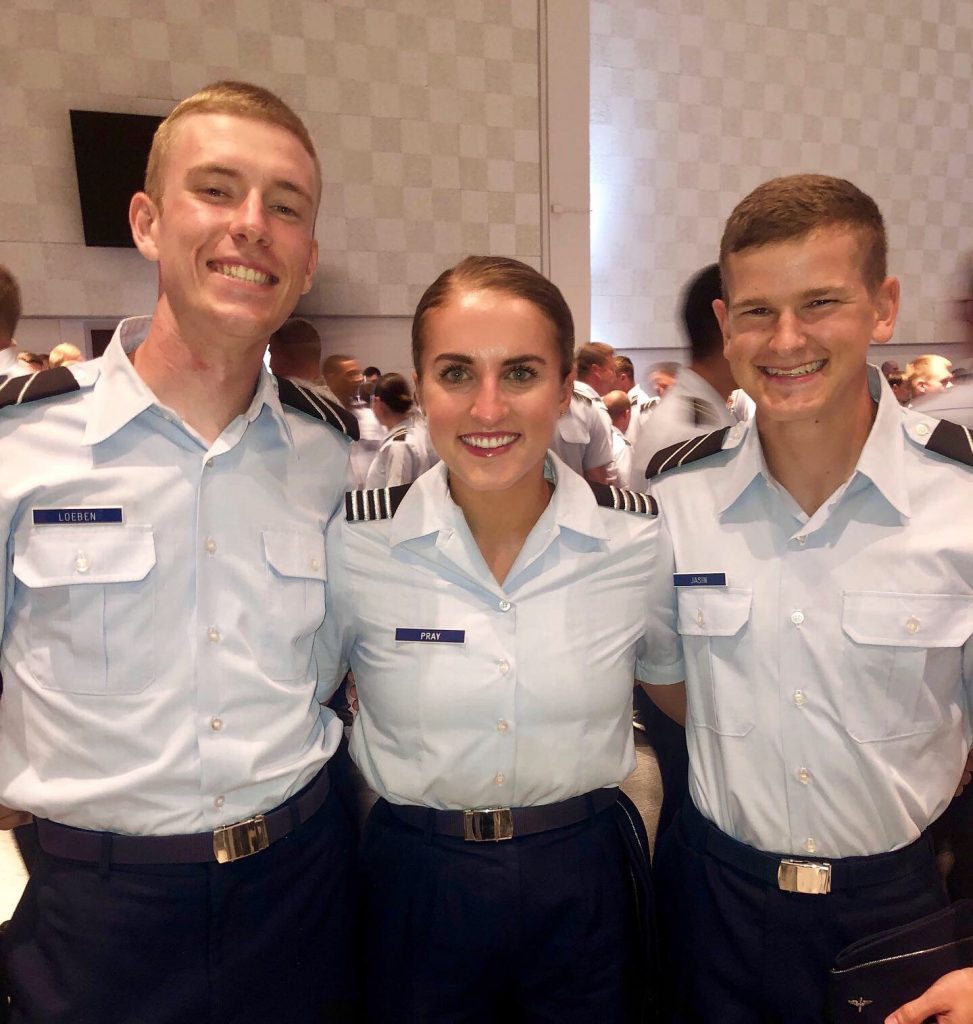 With her graduation this month, Rachel Pray becomes the first in her family to forge a career in both military service and medical care.

“The military kind of scared me in a good way. I knew it would help me grow, so I decided to sign up for related classes going into my freshman year,” Pray says. “My mindset was: if I don’t try it now, I may not go back to it later. The ideals of the Air Force also lined up well with my core values.”

Though ROTC wasn’t part of her initial decision-making process, the community feel of campus and the approachable distance from home sold her on selecting Syracuse University.

During her time as a cadet, Pray was a color guard captain for two years and on the drill team. She also got involved with the Arnold Air Society, a professional honorary service organization focused on community service. Last summer, she served as a cadet training assistant at Maxwell Air Force Base facilitating and instructing the training exercise for younger cadets.

“I met so many awesome cadets from around the country, amazing officers—it really reinforced my confidence that the Air Force was the right path for me.”

Pray has graduated with degrees in biology and neuroscience, and is on the pre-medicine track. She has been involved on campus in Leading Women of Tomorrow and worked as an ER scribe doing undergraduate research.

Post-graduation, unlike most cadets who select rated or nonrated positions in the military, Pray will attend medical school with the intent of serving as an Air Force physician.

“Rated positions are for flying; nonrated are things like cyber and intel,” she says. “For me, I received pre-health approval with the support of Lt. Col. Kimbrough (professor of aerospace studies at Syracuse University). Essentially, the Air Force is allowing me to attend school under the Air Force Health Professions Scholarship program. So, I will do my four years of medical school at Nova Southeastern University in Clearwater, Florida, then do rotations on active duty bases before completing an active duty residency.”

Pray’s ultimate goal is simple—be a great Air Force physician. She is considering emergency medicine or surgery as her specialty.

“It’s been very valuable to be at a school so dedicated and supportive of military students,” she says. “The connections I have gained from Syracuse—specifically with cadre members who always have been extremely supportive—have made my path, which isn’t one that many take, feel possible. And for that, I am so grateful.”

Read about other commissioning cadets.