Syracuse University’s Student Veterans Organization (SVO) and the Office of Veteran and Military Affairs (OVMA) are presenting five awards to student veterans in honor of their significant and notable achievements. The awards are normally announced at SVO’s Annual Ball and Awards Banquet, but the 2020 event was canceled due to the COVID-19 pandemic and the winners were instead announced in a Zoom “virtual lunch.” 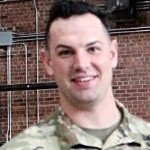 Will Harrington ’21 is recipient of the SVO’s Community Support Award, which is presented to a member of the Syracuse University community who has done extensive work in support of veterans, active duty military members and military-connected members of the community. A currently serving Army National Guardsman and student in the College of Arts and Sciences, Harrington was selected in recognition of his volunteer and community efforts to host the inaugural 22 A Day At Willow Bay, a charity event that raises money and awareness for veteran suicide prevention efforts. 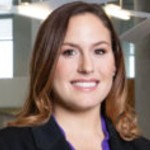 Harrington has also received the SGT Danny Facto Student Veterans Work-Study Award. The honor is presented to a student veteran who reflects the value and character of Danny Facto, a decorated combat veteran, Purple Heart recipient and hardworking Syracuse alumnus who passed away in 2009. 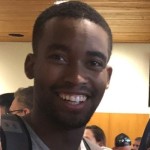 Katy Quartaro ’18 G’20, a Marine Corps veteran and a public administration graduate candidate in the Maxwell School, has received the SVO’s Best for Vets Award. The honor recognizes one individual who has done the most to help student veterans succeed both on and off campus. A Tillman Scholar, Quartaro was selected for her tireless contribution to the Peer Advisors for Veteran Education (P.A.V.E.) organization. 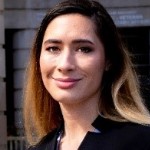 This year, the SVO Executive Board created a new honor, the SVO Service award, to acknowledge the contributions of an active organization member. The inaugural award is presented to Kevaunte White ’22, a Marine Corps veteran and student in the College of Arts and Sciences.

“We recognize these students, and the entire student veteran body at Syracuse University, with great pride,” says OVMA Executive Director Ron Novack. “These awards prove just how much strength, honor and character student veterans bring to the University community.”

The SVO is one of several initiatives overseen by the OVMA. The office and its efforts support the University’s longstanding commitment to be the “best place for veterans.”