Chronicling the ‘Pause’ in Arts and Culture

The custom illustration for the Fermata home page created by Stephanie Macrinos.

It was the Friday before spring break, and Jim Shahin, associate professor of magazine, news and digital journalism in the Newhouse School, was driving from Syracuse to join his wife at their home in Washington, D.C. The call from his son—a musician in New Orleans—would not only dramatically change their personal lives but would transform Shahin’s approach to one of the school’s most popular classes: Critical Writing.

Shahin’s son Sam, a drummer in a band, told his father that a big gig had been canceled and lamented that it was just one of many cancellations that threatened his livelihood. “It was then and there that I realized just how big this was becoming,” says Shahin, referring to the coronavirus crisis. “And in that moment, I knew I had something to offer my students that would bring new meaning to Critical Writing and offer an opportunity to contribute something meaningful and memorable to the national conversation.”

“Normally, my students in Critical Writing write reviews about the arts. We develop critical thinking and sharpened writing in the context of arts and culture,” Shahin explains. “It’s not just about writing their opinion, but the context in which that opinion is formed. The pandemic completely changed the context for the artists, musicians and others who rely on social interaction to survive. So our approach to covering arts and culture had to change.”

The result is Fermata: Arts & Culture in the Time of Coronavirus, a series of articles and multimedia pieces produced on The NewsHouse. “My goal was to provide the students with a portfolio item and to create a meaningful document of an unprecedented time in the life of the culture,” says Shahin. While some in his class, a mix of undergraduate and graduate students, opted to continue writing reviews, which Shahin allowed, most responded with enthusiasm and gratitude for the opportunity to take a different approach to their writing. 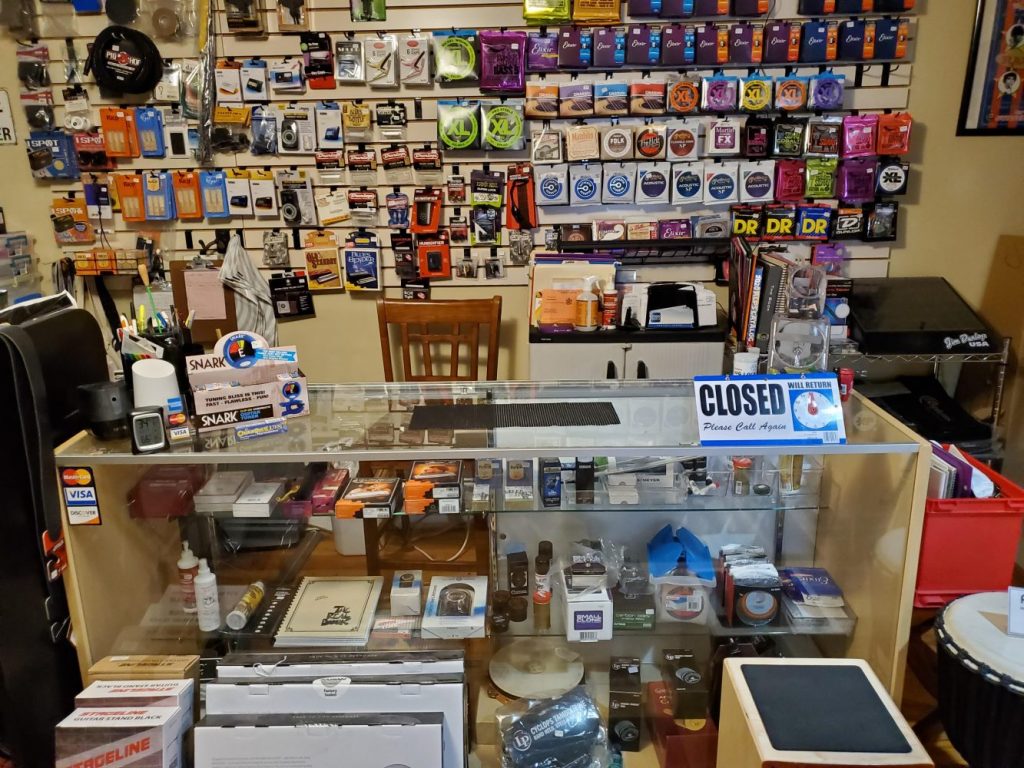 “While we could have just kept writing reviews about the arts, as the syllabus originally specified, I think that switching to a reporting approach about the people who create art offered a much more meaningful opportunity, given the circumstances, for journalistic growth and appreciation of the arts,” says graduate student Sarah Midani, who recently wrote a piece about virtual music lessons. “The Fermata project offered us a chance to confront the virus head-on. I found that interviewing people whom the virus was directly affecting felt, in a way, therapeutic. It reminded me that we are all in this together.”

“We pivoted from writing reviews to essentially becoming a full-functioning newsroom with only about 24 hours’ notice,” says graduate student Max Kalnitz. “I think that speaks to our ability, as critics in training, to quickly examine an event like the pandemic through the critical lens required for this sort of journalism, parse through the slew of hard news reports, and analyze how the pernicious side effects of the coronavirus will have long-term impacts on the arts community. Whether or not people realize it, art and culture completely inform our sense of community, personal expression and social interactions.” 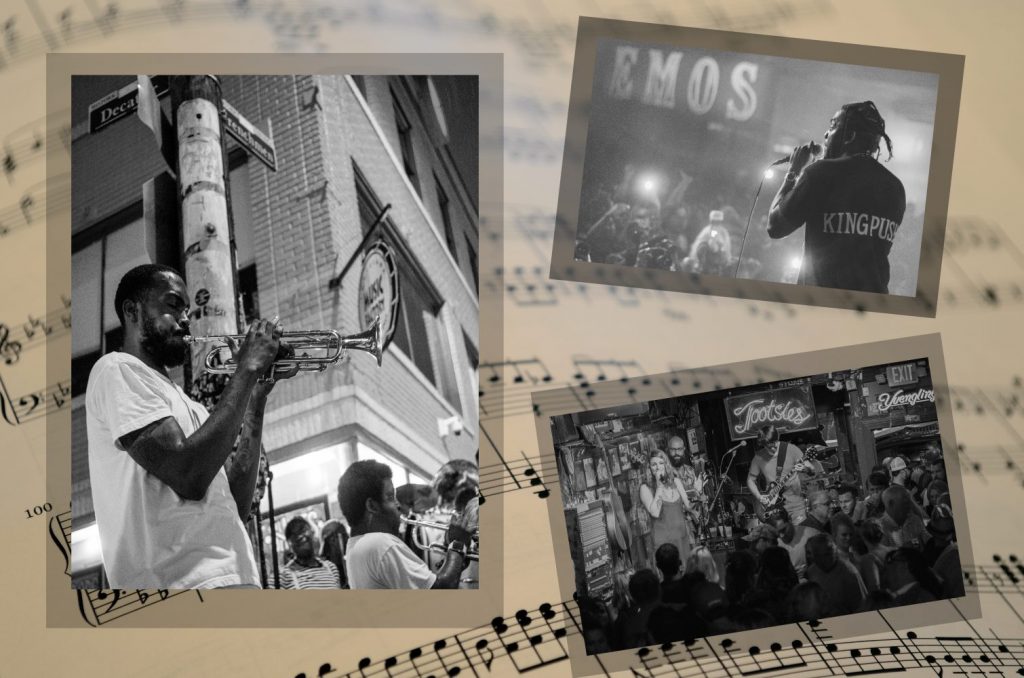 Max Kalnitz wrote about how the pandemic has affected musicians in Austin, Nashville and New Orleans.

Kalnitz examined the impact of the pandemic on musicians in America’s three music capitals: Austin, Nashville and New Orleans.

Graduate student Lark Allen captured “a glimmer of light in the midst of the virus’s darkness” in her piece on a light art artist. The Fermata project has reinforced her passion for the power of the written word. “In a world where we can barely venture out of our homes, writing is able to transport us into the stories of others,” she says. “And it’s become a hugely important factor in promoting artists and businesses, and in showing support for others during this pandemic.”

Graduate student Stephanie Macrinos says the assignment provided a way for her to channel her own disappointment in not being able to finish up her master’s program in person into something both unique and unexpected. “I think my feelings about losing the ending that I wanted for my program gave me a real connection to things that are lost by others during this pandemic,” Macrinos says. She wrote a piece about the cultural and emotional void left by the closure of a music hall in her hometown of Warren, Ohio, where the “silence is heavy and the rows of unoccupied seats are unnerving. Without music, the only audible sound is echoing footsteps.” 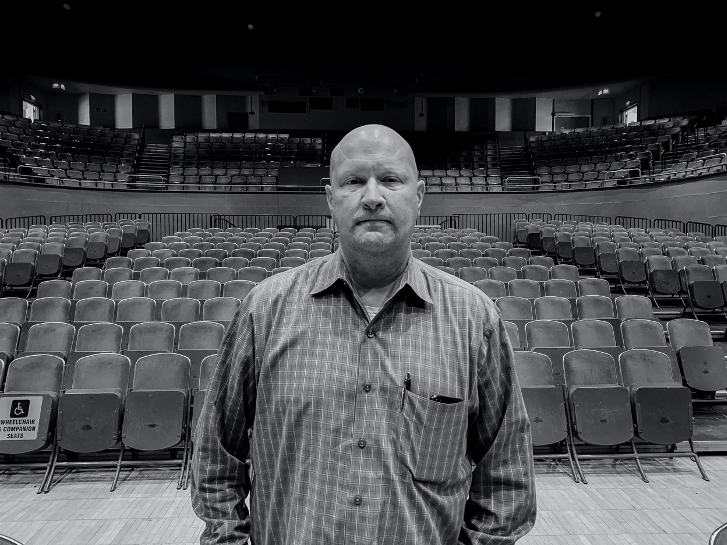 Stephanie Macrinos wrote about how the hard-hit manufacturing town of Warren, Ohio is devastated by the loss, even if temporary, of the Packard Music Hall.

She also designed the logo for the project when Professor Shahin suggested the name Fermata, after the musical symbol that suggests a pause in the music, or a time for the musician to hold a note longer. As explained on the landing page, the name Fermata is “an apt analogy during this time of the coronavirus. Our lives are a held note, paused for now. This project documents our tremulous time, showcases humanity’s resilience, and affirms that the music of life, not fully silenced even now, will someday return in all its noisy glory.”

Melissa Chessher, professor and chair of the Department of Magazine, News & Digital Journalism, says the project also demonstrates the resilience of the Newhouse students. “It was such a genius idea to take a question Professor Shahin had—What impact is the pandemic going to have on art and artists?—and turn it into a class project. They began developing ideas, pitching stories and reporting weeks before I began to see national outlets covering these topics,” marvels Chessher. 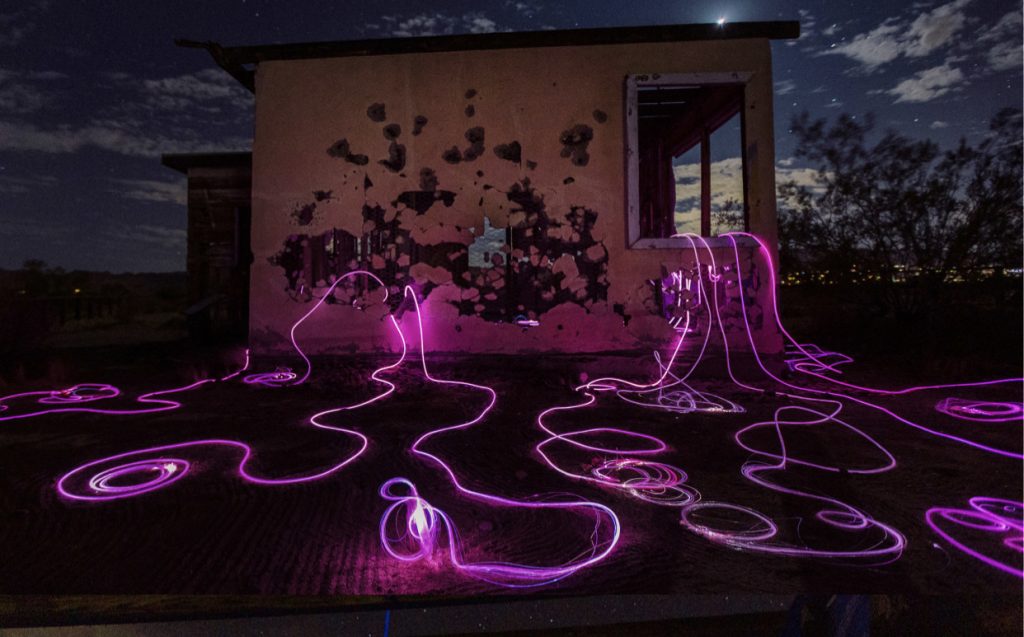 Lark Allen wrote about the Stone Quarry Hill Art Park, where in the midst of the pandemic its light-art artist-in-residence sees hope ahead.

“This demanded herculean efforts by these students and their professor at an incredibly challenging time,” she says. “But what a great real-world experience for those students, offering them an opportunity to think creatively, critically, apply their reporting and writing skills, and assist in covering a global issue through the lens of art. I am just so impressed.”

Both Shahin and Chessher note that the project went far beyond the written word and the fundamentals of critical writing, bringing together the kinds of design elements and visual components necessary for a truly compelling and impactful portfolio project. And they say the assistance provided by Professors Jon Glass and Seth Gitner and their students in website production,  graphic development, digital design and website production was invaluable.

“The direction the Fermata project took was to extend it beyond simply writing for a class,” says Glass, professor of practice in magazine, news and digital journalism and executive producer of The NewsHouse. “Students not only had to report and write from the town they are in but also had to consider the visuals and components to present with their web story. Some students were able to take their own photos and video while others collected existing social posts and YouTube clips. They had to be resourceful and mindful of what the final product would ultimately look like—key attributes we want to instill in Newhouse graduates and future journalists.”

Chessher says the impact of the Fermata project will be felt for years to come: “At a time when students are losing opportunities, Professor Shahin created one, giving students something to focus on, a chance to apply what they’ve learned, and create something meaningful for their portfolio, something compelling they can talk about at that job or internship interview.”

Graduate student Kalnitz says he thinks the Fermata project has reinforced the concept of critical writing and the critic’s role as a “channel of communication between the artists and the public. It’s our job to peel back a few layers of the onion and explore the larger issues at hand. It’s not just that we can’t enjoy live music at our favorite café anymore. I think our reporting has educated the public about real issues that we will have to grapple with for years to come.”

Shahin believes the Fermata project not only gave students an opportunity to exercise “new muscles” in critical thinking, but offered a creative outlet for them to channel their own concerns and anxieties about the future.

“I’m hoping that when they look back on this,” says Shahin, “they do it with immense pride that they were part of a moment that was unprecedented and that they helped chronicle that moment for each other and for the world, and made a meaningful contribution to the community.”