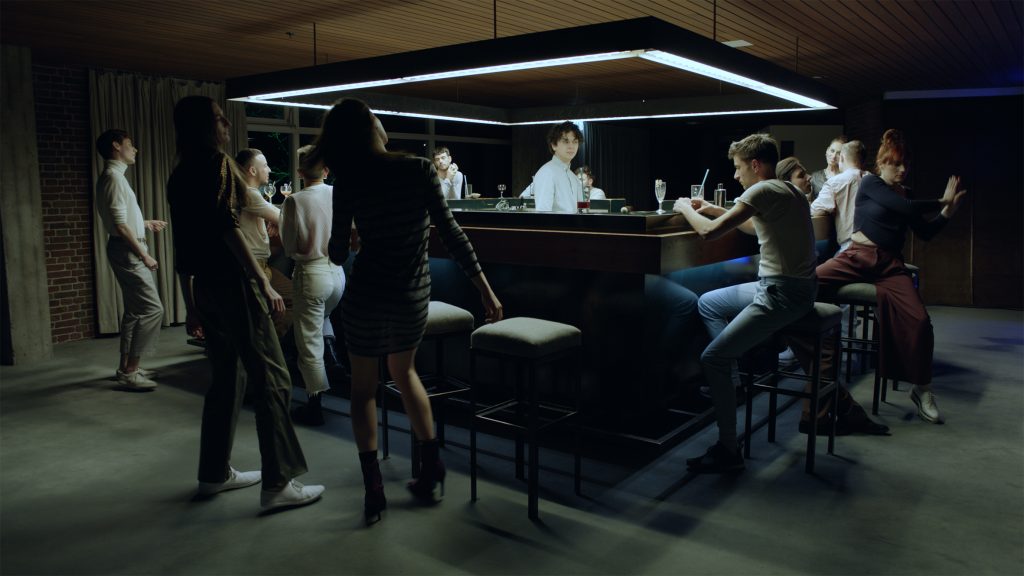 The Visitors, by Doireann O’Malley

Light Work commissioned O’Malley’s new work for an exhibition at UVP as the third and final installment of the trilogy Prototypes, which explores the potential for emerging technologies to radically transform our understanding of embodiment, gender and life itself. This is the first UVP exhibition to feature 360 video, which allows viewers to control the point of view of the video across 360 degrees by clicking, tapping and dragging over the video.

In the spirit of resilience, creativity, and community building in this time of social distancing, Urban Video Project offers exclusive screening content. For a limited time, UVP will share virtual access to Doireann O’Malley’s Prototypes, a feature film that combines elements of O’Malley’s multichannel works, Prototype I: Quantum Leaps in Trans Semiotics through Psycho-Analytical Snail Serum and Prototype ll: The Institute on UVP’s platform. The link will go live on Saturday, April 18 at midnight and stay live until Sunday, April 19 at 11:59 p.m.

Of this work, O’Malley says, “The destabilization of the gender binary is a threat to the construction of western dualistic philosophical binary systems and is at play to deconstruct much more than simply gender. I think it’s problematic to speak about what it means to be transgender as it is obviously a subjective and individual experience for people. I am interested in exploring this occurrence of unstable or shifting genders.”

Join us on our virtual platform to engage this challenge of normative gender concepts.

Set in a liminal time when humans have vacated the world, New Maps of Hyperspace_Test_01 dwells on systems theory, climate care, digital consciousness, and data mining. In an entirely simulated space, colorful, swirling point clouds coalesce into a strangely beautiful post-apocalyptic landscape: a water basin and derelict bureaucratic building materialize. The computer-generated voice of the narrator guides us through the morphing, shape-shifting halls of the abandoned data and research center, where we encounter server racks, experimental incubators, and the solitary holographs of humans whose consciousness was uploaded before climate disaster killed off biological life. We learn the narrator was once human and is now trapped in the server. The work ends with a breakdown of the simulation: error messages replace the simulated world. The work crashes and begins again. 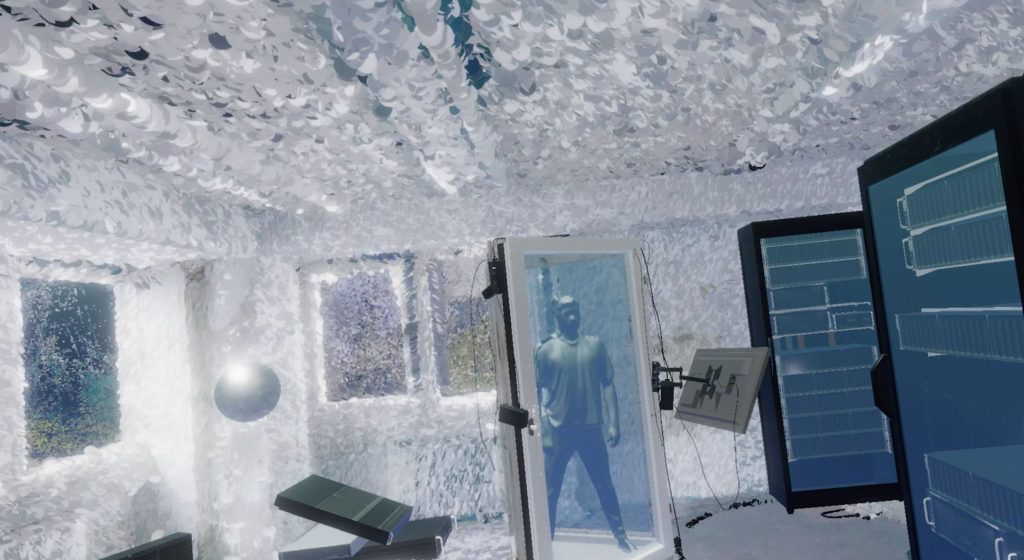 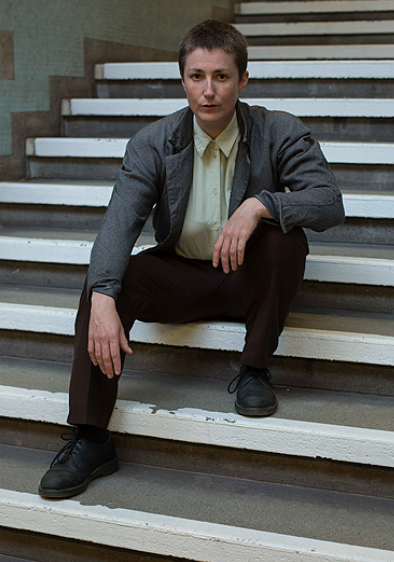 Doireann O’Malley is a visual artist originally from Ireland, based in Berlin since 2009. They use dreaming, writing, moving, filmmaking, 3D imaging, and Virtual Reality through collaborative practices to explore the psychological and social implications of feminist technofuturism. Their most recent body of work, the Prototypes series, explores new perspectives on trans identity through non-hierarchical associative thinking, systems theory, cognitive science, machine learning and the idea of quantum transformation. O’Malley received the prestigious Berlin Art Prize 2018 and is the recipient of several grants. Recent solo exhibitions include Disappearances at Image Movement, Berlin (2015), Prototypes at Dublin City Gallery, The Huge Lane, Ireland (2015), and The Visitors at Stadium, Berlin (2019). Recent group presentations include Body Works at Sopot State Gallery (2019), Göteborg International Biennial for Contemporary Art (2019), and Invisible Realness at PS120, Berlin (2019).

Sponsors
Light Work commissioned this work for UVP. The project also received support from Berlin Program for Artists and the National Sculpture Factory Cork, Ireland. Additional support for this exhibition comes from  the New York State Council on the Arts (NYSCA) with the support of Governor Andrew M. Cuomo and the New York State Legislature.

Urban Video Project (UVP), a program of Light Work in partnership with the Everson Museum of Art and Onondaga County, is an outdoor architectural projection site dedicated to the public presentation of film, video, and moving image arts. It is one of few projects in the United States dedicated to ongoing public projections and adds a new chapter to Central New York’s legacy as one of the birthplaces of video art, using cutting-edge technology to bring art of the highest caliber to Syracuse. Using a large on-site projector and permanent all-weather sound system, UVP’s outdoor architectural projection on the north façade of the Everson Museum of Art transforms the adjoining Onondaga County Community Plaza into a year-round massive nighttime video installation every Thursday through Saturday. For general information, please visit www.urbanvideoproject.com, call (315) 443-1369 or email info@urbanvideoproject.com

Please note that UVP has temporarily suspended its outdoor architectural projection site at the Everson Museum as part of a commitment to helping flatten the COVID-19 curve. Consistent with this effort, until further notice, all scheduled exhibitions on the Plaza and in-person artist talks in the Hosmer Auditorium at the Everson are canceled. UVP’s exhibition of Commissioned 360 Video Work is moving online, and will stream on UVP’s website through May 23. Once mandated social distancing lifts, UVP will resume the 2020 Wayward Bodies exhibition calendar.