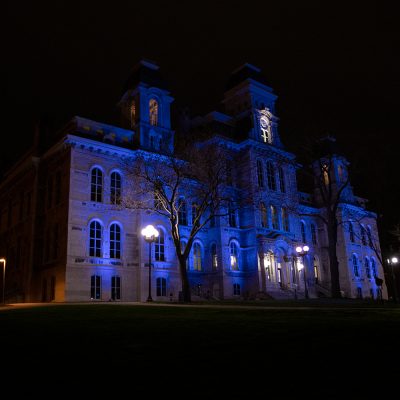 Hall of Languages (Dedicated in 1873)

Two of Syracuse University’s iconic buildings—Hendricks Chapel, the spiritual center of campus, and the Hall of Languages, the oldest building on campus—are bathed in blue to honor the many women and men working as first responders and medical professionals on the front lines of the COVID-19 pandemic. 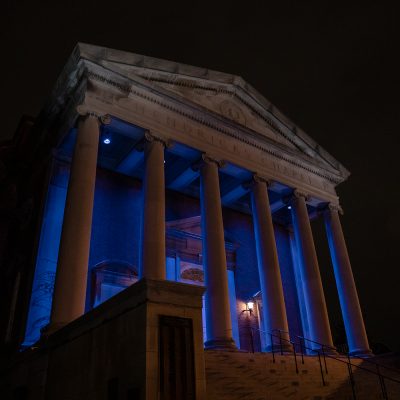 The University campus is not alone in this endeavor. Throughout the country, landmark buildings and structures, including Seattle’s Space Needle and New York City’s Madison Square Garden, are also lit in blue in support of the tireless work being done by professionals who answer the call for help.

This isn’t the first time Syracuse University’s buildings have appeared in a special color in support of an important cause. During National Domestic and Dating Violence Awareness Month, the buildings appear in purple, while the color green is used in support of military personnel for Green Light a Veteran.

For this most recent effort, Hendricks and the Hall of Languages will retain their nightly blue hue for the next two weeks.