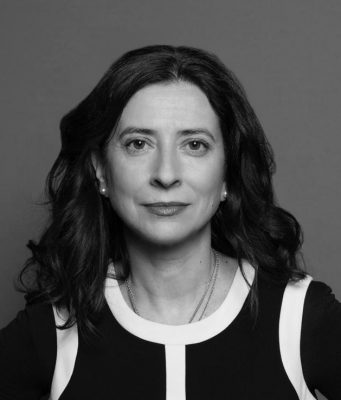 Ana Merino is a professor of Hispanic studies and 2016 Collegiate Scholar at the University of Iowa. She founded the University’s Spanish M.F.A. program in 2011. She has published nine books of poems and is the author of the youth novel “El hombre de los dos corazones” (2009), the children’s album “Martina y los piojos” (2017) and four plays.

Her poems have appeared in more than 30 anthologies, some translated into Portuguese, Slovenian, French, Dutch, Bulgarian or Italian. Merino has also written fiction, extensive criticism on comics and graphic novels. She has two academic books, “El cómic hispánico” (2003) and “Diez ensayos para pensar el comic” (2017), and a monograph on Chris Ware (2006). Merino has won the Diario de Avisos prize for her short articles on comics for the literary magazine Leer. She has collaborated with opinion articles for El País and has won an Accésit of the Carmen de Burgos Award for one of her journalistic pieces. She has curated four comic book expositions. Merino has been invited as a visiting professor to the University of San Gallen and to the University of Zurich. In January, she won the Nadal Literary Award for her recently published novel “El mapa de los afectos.”

The Cruel April readings will be held virtually for the 2020 season. The annual series, held in celebration of National Poetry Month, also marks the release of the 13th annual poetry journal, Corresponding Voices, which features the work of this year’s readers—Natalie Scenters-Zapico, Raquel Salas Rivera, Ana Merino, Aurora Luque and Erika Martínez.