Houston, We Have an Anniversary

Tomorrow is the 50th anniversary of the launch of the historic Apollo 13 space mission that was made famous for not landing on the moon and was immortalized in a 1995 movie starring Tom Hanks. Following the aborted mission and the April 17, 1970, splashdown that was watched by an estimated 40 million Americans, Jack Gould of The New York Times wrote that Apollo 13 “united the world in mutual concern more fully than another successful landing on the moon would have.” 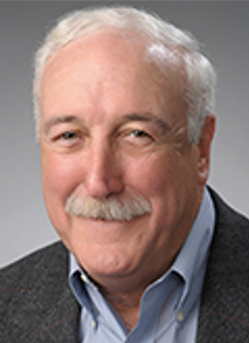 If you’re covering the Apollo 13 anniversary, former NASA Administrator and Syracuse University professor Sean O’Keefe is available for an interview. O’Keefe, a University Professor at the Maxwell School of Citizenship and Public Affairs, served four times as a presidential appointee: at NASA; as Secretary of the Navy; as Deputy Director of the Office of Management and Budget and Deputy Assistant to the President; and as Comptroller and CFO at the Defense Department. You can read about O’Keefe’s tenure at NASA here.

For use in your stories, here’s what O’Keefe says about the 50th anniversary of Apollo 13:

“Friday, April 17, marks the 50th anniversary of the recovery of the Apollo 13 crew after six days of space flight, crippled after the second day forcing the crew to abort their mission to the moon. The nation – indeed the world – was captivated by the courage of Captain Jim Lovell and his crew as the drama unfolded leading to their safe return.

“This anxious episode of NASA’s space exploits demonstrated the problem-solving culture of the agency in the early days of space exploration. The team on the ground expended an extraordinary effort using the rudimentary tools available during that era to bring the crew back safely.

“The story continues to inspire generations of engineers and technical teams over this half century to never give up on the effort to overcome challenges. Today it also serves as a stark reminder of how difficult space travel is even with our present-day advanced technology. We are still in the early chapters of the human quest to explore the solar system and where we reside in this vast universe.

“Technical solutions applied to today’s limitations are taking shape. But it will require that we demonstrate the same courage, determination and persistence as the team that safely recovered the crew of Apollo 13 all those years ago.”

Thank you for your consideration. For more information or to request an interview with Prof. O’Keefe, please contact: