Generations Strong: The Passion and Power of Social Work in a Changing World 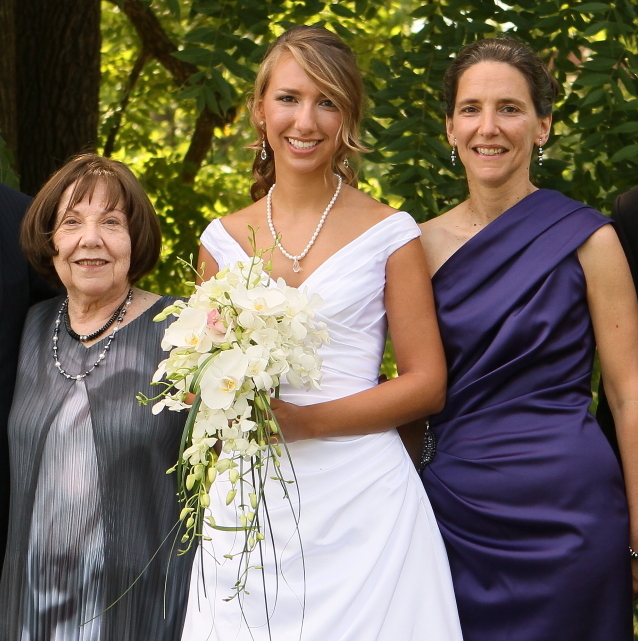 Three generations of Bregman women live separately in the Syracuse community. Yet, they each wake up every morning looking forward to their work ahead and go to bed each night knowing they have made a difference in their community. Ona Cohn Bregman ’58, her daughter Randi Bregman ’90 and granddaughter Sonja Gottbrecht ’10 will tell you it’s because they have each found their calling in the profession of social work. Together, they are truly living the 2020 theme that was introduced last month to mark the annual Social Work Month, Social Workers: Generations Strong.

As communities face a new kind of collective trauma due to the spread of COVID-19, the need for social distancing and economic hardships unforeseen by many, there remains inestimable value in what social workers offer to individuals and society. Social work is one of the fastest growing professions in the United States, with the number of people employed in social work positions projected to grow by 11 percent over the next decade, according to the Bureau of Labor Statistics.

When Ona pursued her graduate degree in the 1950s, she did so to become more independent. “In those days, a young woman had to live with her parents or you were considered “loose”—unless you were in graduate school,” Ona recalls. “At first, I thought I would study philosophy, but the department had no scholarships available. So, I opted for social work.”

She ended up drawn to the theoretical side of social work, understanding how systems function, from family systems to societal systems. The retired Syracuse University associate professor of social work contributed to and co-edited the book “Bringing Systems Thinking to Life: Expanding the Horizons for Bowen Family Systems Theory” (Routledge, 2010).

Ona says she grew up believing that it was imperative to “leave the world a better place”—influenced by her own service-oriented parents and her Jewish background (the concept of the Hebrew phrase “tikkun olam” is to help repair the world through acts of social responsibility). “I picked a profession that would let me do that,” she says. “For example, I approached teaching as a way to help people think and take responsibility for their choices and actions, much more than learning a set of facts.”

Daughter Randi recalls the civil rights marches that Ona took her to as a child as part of a larger influence on her social work career choice. “For me, social work is about social justice on both micro and macro levels. You can help individuals and change the world….one person at a time.” She recalls learning the concept of “private problem, public issue” in one of her first classes at Syracuse University. “You look at an individual who comes before you with a private problem—maybe they can’t pay their rent—and when you start to help that individual, you recognize a social justice need, a systemic problem that needs to be addressed.”

Randi graduated from Syracuse University with an M.S.W. degree in 1990 and began working at Vera House, a not-for-profit agency that provides services for those experiencing domestic and sexual violence. Today, she is the agency’s executive director.

She developed a three-credit, master’s-level course in family violence that is still being taught in the Falk College’s School of Social Work, and she is a member of the Chancellor’s Task Force on Sexual and Relationship Violence.

Though she must devote herself mostly to administrative and leadership work, she still picks up the 24-hour support line at Vera House to stay connected directly to the people her agency serves. “I still learn things from them. Vera House is a calling. This is the work I was put on this earth to do. It’s who I was born to be.”

Randi’s daughter Sonja says she was similarly “called,” but in a different way. She remembers volunteering at Vera House when she was in high school, watching her mother excel at handling crisis calls, and deciding that stress just wasn’t for her. Her own path was more influenced by helping to care for her great-grandmother after a debilitating fall. “I love the elderly, so I got a certificate in gerontology and ended up doing hospice, palliative care and end-of-life work.”

After receiving both her B.S.W. (2009) and M.S.W. (2010) degrees at Syracuse University, she realized how broad her options were with an advanced social work degree. She began working at Catholic Charities of Onondaga County, where she was at first focused primarily on homeless services but is now chief performance officer, supporting agency programs to better serve the most vulnerable in the Syracuse community.

“I’m blessed to be in a job that I love,” says Sonja, the mother of two young children, ages 4 and 6. “If we won the lottery, I would still come to work every day. I know that I’m contributing and making a difference.”

Prior to the COVID-19 crisis, Ona, Randi and Sonja would get together every weekend, with family, to continue to strengthen the generational bonds. A tradition they plan to continue once the social distancing protocols are no more. “It’s important to us to be intentional about that,” says Sonja. “Especially for my kids.”

From weekend dinners together to changing the world in their own separate ways, the Bregman women remain Generations Strong. “Generations are essentially building blocks for the vision of the world I would like to see,” says Randi. “With each generation standing on the shoulders of those who came before.”