Light Work Presents ‘Pacifico Silano: The Eyelid Has Its Storms . . .’ 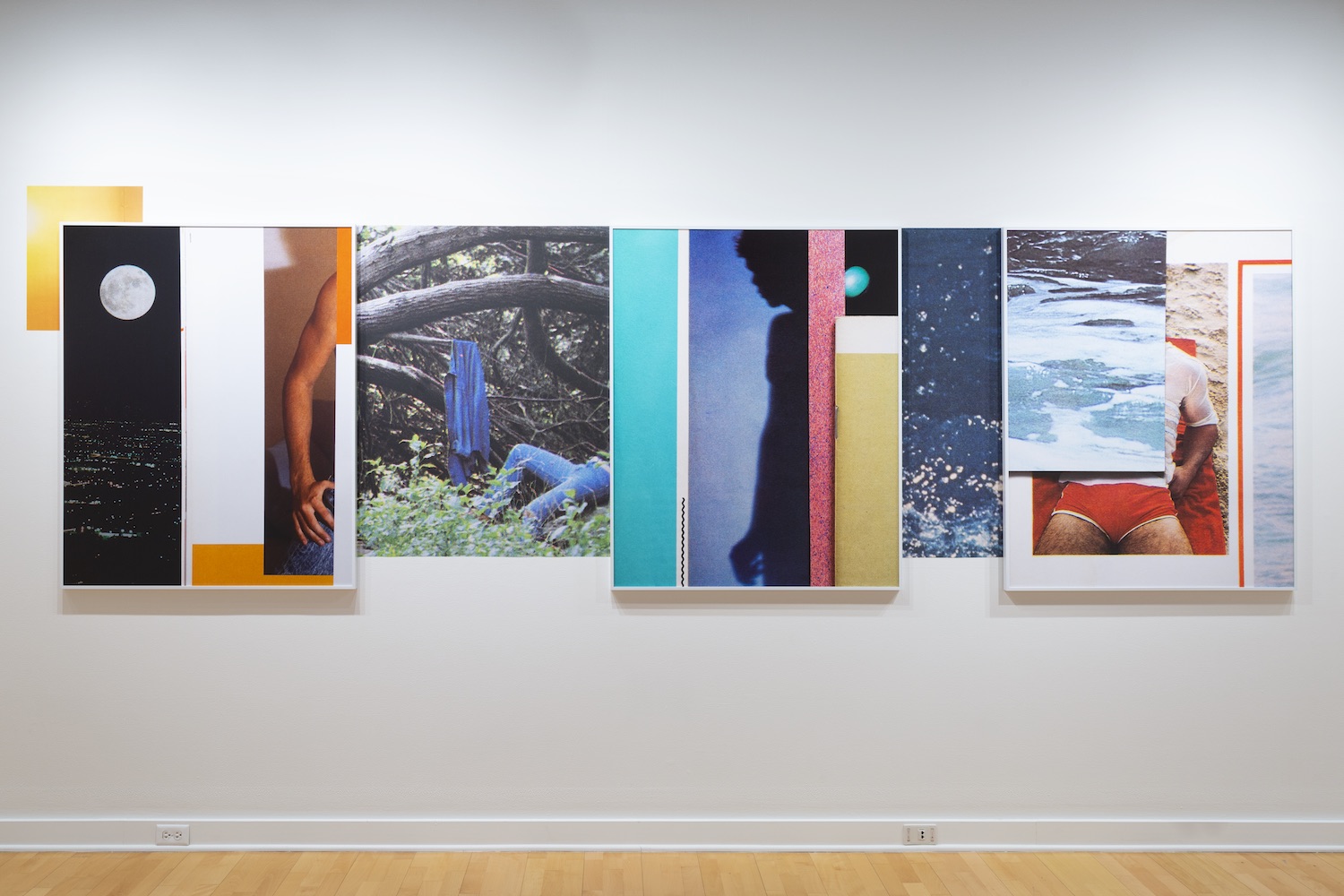 Stay Connected! Visit  Light Work online to see The Eyelid Has Its Storms… , a solo exhibition of photographs by Brooklyn-based artist Pacifico Silano. Through the appropriation of photographs from vintage gay pornography magazines, Silano creates colorful collages that explore print culture and the histories of the LGBTQ+ community. His large-scale works evoke strength and sexuality while acknowledging the underlying repression and trauma that marginalized individuals experience. Born at the height of the AIDS epidemic, Silano lost his uncle to complications from HIV. “After he died,” says Silano, “his memory was erased by my family due to the shame of his sexuality and the stigma of HIV/AIDS around that time period.”

Silano set out to create art that reconciles that loss and erasure. His exhibition somberly contemplates pain and photography’s role in the struggle for queer visibility, while celebrating enduring love, compassion and community. Copies of Silano’s exhibition catalog, Contact Sheet 206, are available to collectors in the Light Work Shop. 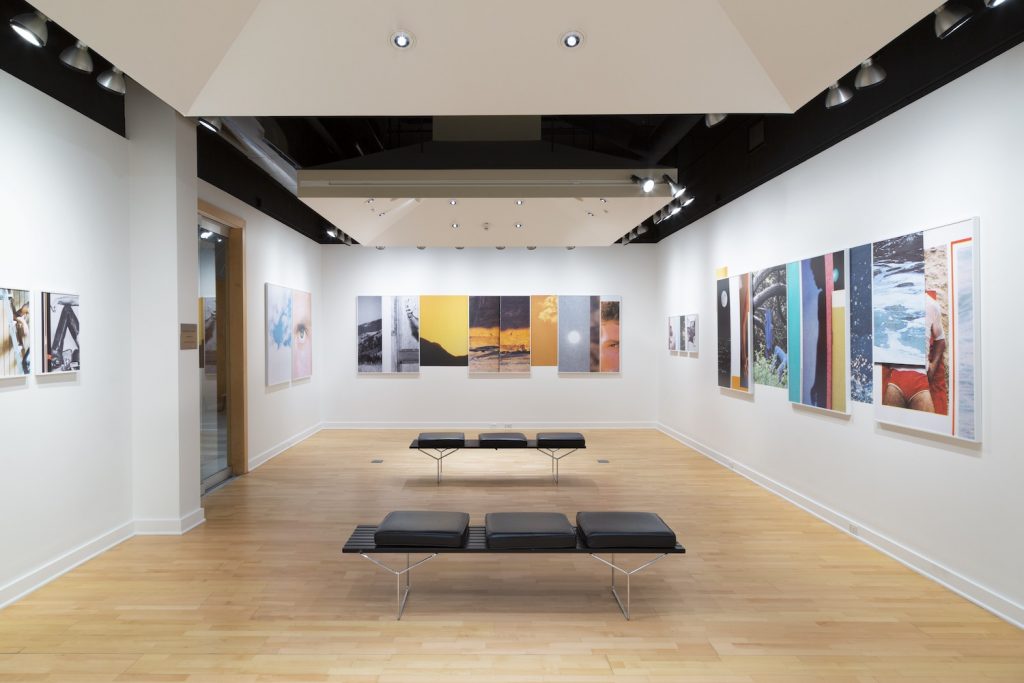 Works from Pacifico Silano’s show The Eyelids Has Its Storms

Pacifico Silano’s The Eyelid Has Its Storms… borrows its title from a Frank O’Hara poem. O’Hara’s musings and observations about everyday queer life inspired Silano’s artistic practice. “The eyelid has its storms,” the poem begins. “There is the opaque fish-scale green of it after swimming in the sea and then suddenly wrenching violence, strangled lashed, and a barbed wire of sand falls onto the shore.” O’Hara’s deeply visual poem, like Silano’s work, evokes duality—in memory, in the present and future, shimmering beauty and umbral violence often occur at once.

In collaging, Silano fragments, obscures and layers images that he has rephotographed from these magazines. He reassembles and ultimately recontextualizes these images, removing the overtly explicit original content. “These new pictures-within-pictures are silent witnesses that allude to absence and presence,” says Silano. He sees them as stand-in memorials, both for the now-missing models as well as those who originally consumed their images. Silano meditates on the meaning of the images and tearsheets that he collects over time. What continually excites him is precisely the  “slipperiness” of representation and meaning in photography as our culture shifts. “The lens that we read [images] through today gives them new context and meaning,” he observes. “In another 30 or 40 years, they might very well mean something completely different.” 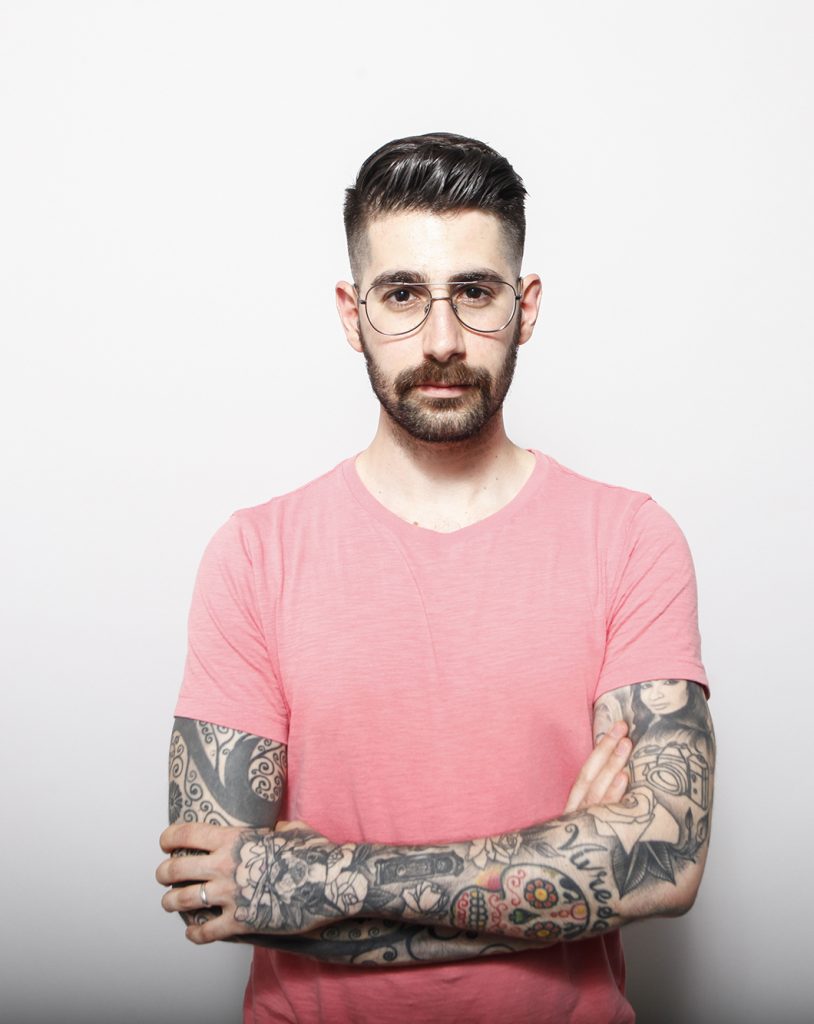 Pacifico Silano is a lens-based artist born in Brooklyn. He has an MFA in Photography from the School of Visual Arts. His group shows include the Bronx Museum, Museo Universitario del Chopo in Mexico City, Oude Kerk in Amsterdam, and Tacoma Art Museum. His solo shows include Baxter ST@CCNY, The Bronx Museum, Fragment Gallery in Moscow, Rubber-Factory, and Stellar Projects. Aperture, Artforum, and The New Yorker have reviewed his work. Silano’s awards include the Aaron Siskind Foundation’s Individual Photographer’s Fellowship, Finalist for the Aperture Foundation Portfolio Prize, and First Prize at Amsterdam’s Pride Photo Awards. His work is in the Museum of Modern Art’s permanent collection. Silano participated in Light Work’s Artist-in-Residence Program in 2016. Tune into Light Work Podcast with exhibiting artist Pacifico Silano.

The Kathleen O. Ellis Gallery is temporarily closed to the public as part of our commitment to helping flatten the COVID-19 curve. All scheduled receptions and artist talks are canceled until further notice. We encourage you to visit Light Work exhibitions online, check out our catalog of artist videos and tune into the recently launched Light Work Podcast: Today’s Artists. On Photography.