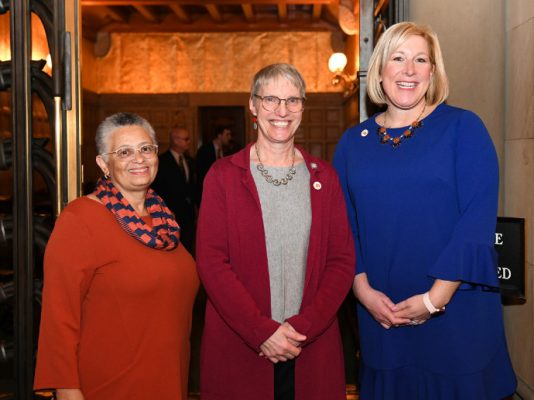 State Senator Rachel May recognized the University in a message on the floor of the New York State Senate on March 10.

“The University stands as a treasured asset to our city and region and to all of New York state,” May said in her remarks.

The senator spoke of the University as a global, student-centered research institution and of its long history, including opening its doors to all since its founding, regardless of race and gender; its groundbreaking initiatives, such as in disability studies and in veteran’s programs; its successful sports programs; its location on the ancestral lands of the Haudenosaunee and its deep ties with its indigenous neighbors; and its many distinguished alumni.

In wrapping up her remarks, May said, “I ask that we pause now to congratulate Syracuse University on the occasion of its 150th anniversary and join the University in celebrating its continued commitment to educate and transform lives for future generations of students. Go Orange!” 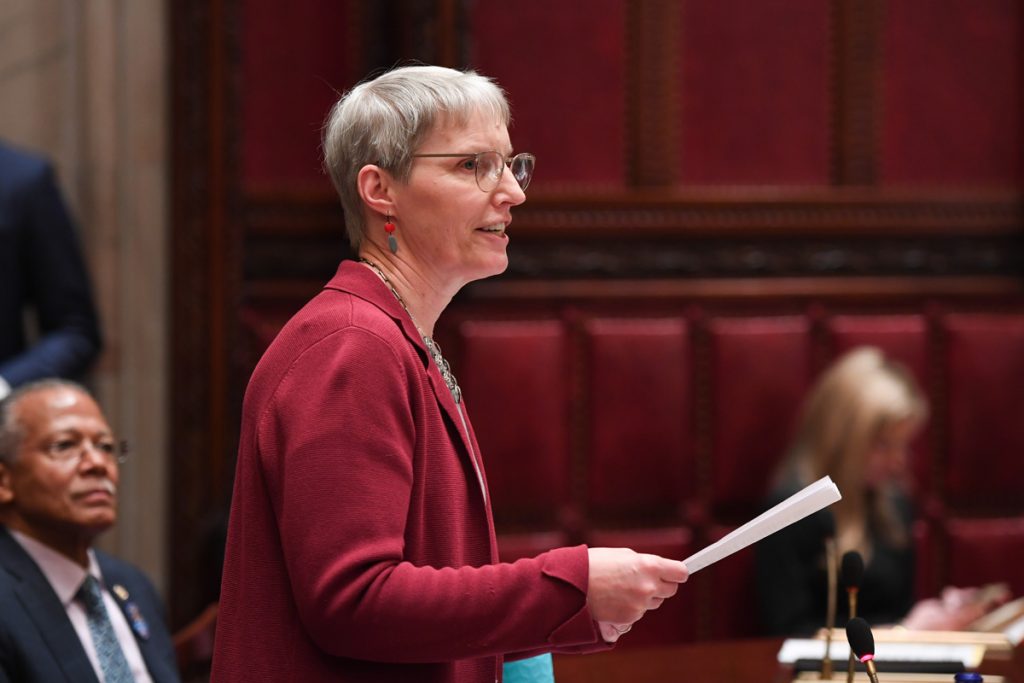 State Senator Rachel May honored the University in a message on the floor of the New York State Senate on March 10.

“It was a proud Orange moment for Sue, Cydney and I to hear Senator May recognize Syracuse University for 150 years of innovation, entrepreneurship and commitment to equity and access—reminding us of our fearless firsts and our regional, national and global impact,” González says. “It was even more impressive to hear the appreciation from the members of the Senate as Senator May read the proclamation and then the recognition from their applause.”

Ballard was also appreciative on behalf of the University for Senator May’s recognition and the acknowledgement by members of the Senate.

“As the Syracuse University community reflects on its founding 150 years ago, this was a wonderful recognition for our beloved University,” Ballard says. “We appreciate Senator May’s gracious remarks about the University’s strengths and legacy. It was a special moment for Syracuse University to be honored by such a distinguished group of legislators.”

View a video of Senator May’s acknowledgement of Syracuse University in the New York State Senate.