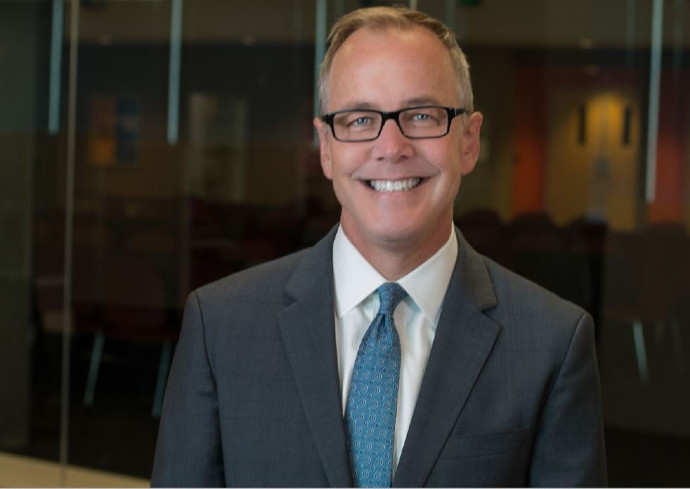 Interim Vice Chancellor and Provost Zhanjiang “John” Liu today announced the selection of Mark J. Lodato as dean of the S.I. Newhouse School of Public Communications. Lodato comes to Syracuse from the Walter Cronkite School of Journalism and Mass Communication at Arizona State University, where he currently serves as associate dean. Lodato’s appointment, which was approved by the Executive Committee of the Board of Trustees, is effective July 1, 2020.

“We are fortunate to have found such an experienced, innovative and highly sought-after leader to build on past successes and propel the Newhouse School into the next decade to even greater distinction,” Liu says. “From curriculum design to enrollment and fiscal management, to alumni engagement and strategic planning, Mark brings with him an impressive depth of knowledge—in the field and in the classroom—and a track record of significant achievements. Together with its extraordinary faculty and staff, the Newhouse School is poised for continued growth and excellence.”

As dean of the Newhouse School, Lodato will report to Liu, and be part of the Academic Deans’ Cabinet and the Chancellor’s Council. He will be responsible for ensuring an innovative and relevant curriculum, managing fiscal resources, and attracting and retaining talented and exceptional faculty and students, ensuring that the school remains a leader among communications educators nationwide and an advocate for the importance of journalism.

Lodato says joining the Newhouse School as its next leader is an extraordinary professional privilege. “The Newhouse School is a global leader in communication, with a rich history of excellence stretching back more than 100 years,” Lodato says. “I am humbled to follow in the footsteps of such innovative leaders as Lorraine Branham and David Rubin. With guidance and support from a world-class faculty and an unrivaled alumni community, Newhouse students have the scholarship, training and tools to achieve great success in the years ahead.”

At the Cronkite School, Lodato taught foundational courses in the principles and history of journalism, and advanced levels of television reporting and newscast production. He co-authored a definitive textbook, “News Now: Visual Storytelling in the Digital Age,” used at more than 30 universities around the world.

Lodato’s career in broadcast journalism preceded his academic career, working at network affiliates in Phoenix, San Francisco, Washington, D.C., and Ft. Myers, Florida, as an investigative reporter, political correspondent and anchor. He received an undergraduate journalism degree at the University of Missouri-Columbia, and a master of education in higher and post-secondary education at Arizona State University, also completing the Scripps Howard Academic Leadership Academy.

As Lodato prepares to join the Newhouse School, Liu expressed gratitude to the search committee and its co-chairs, Craig Boise, the dean of the College of Law, and John Wildhack, director of Syracuse Athletics, for their leadership and hard work that led to the successful conclusion of the search. Liu also extends his deep appreciation to Amy Falkner, who has served as interim dean since April 2019 and acting dean since August 2018. Falkner took on significant responsibilities, providing strong and steady leadership after former Dean Lorraine Branham fell ill, and later following her untimely passing.

“Amy has led the Newhouse School with tremendous vision and fortitude,” says Liu. “She is trusted by her colleagues, respected by her peers across the industry and admired by Newhouse students. I appreciate her exceptional leadership and dedicated partnership and offer my deepest appreciation for how she has guided the Newhouse community during an extended period of transition.”