Being Fat, Being Disabled and Doing Things That Feel Good 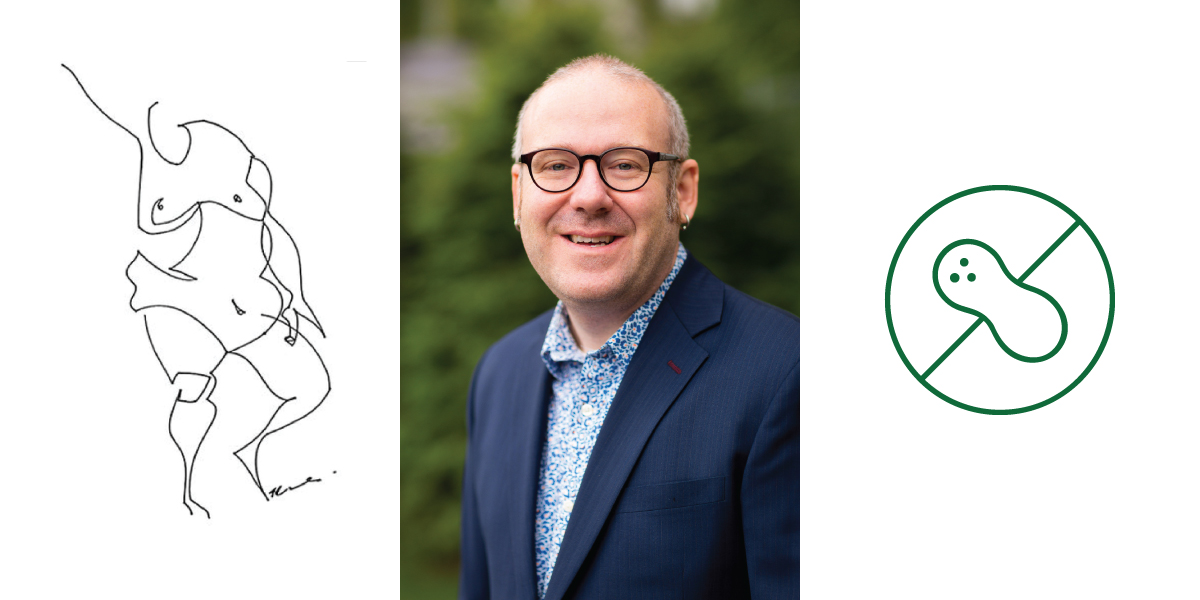 In his research, Mike Gill, associate professor of disability studies in the department of Cultural Foundations of Education in the School of Education, references an episode of the public radio show “This American Life” titled “Own Worst Enemy” featuring stories of people that “can’t get out of their own way” to the point of sabotaging their physical health. He specifically references people with food allergies that continue to eat the foods they are allergic to, even though the consequences can be varying degrees of discomfort and sickness, including death.

For people with food allergies, ingesting certain foods, especially when done intentionally, is behavior that can be seen as risky or dangerous. This kind of behavior is mitigated by warning labels, detailed menus, “allergen-free” schools and restaurants, and controlled access to rescue medication. Other behaviors–such as sexual activity or body shape—are similarly policed through laws, social construction or retail. In all of these instances, though safeguards are in place, individuals still choose to engage in activity that brings a certain amount of pleasure but can ultimately be seen by others as irresponsible or self-sabotaging.

Gill’s research is centered around agency—the choices people make with the constraints with which they’re faced.

“My attempt is not to pathologize or vilify these individuals,” he writes. “Rather, I consider these brief narratives to help expand on the various choices made to highlight how desire, pleasure, taste, and risk can be intertwined.”

Gill is exploring how individuals navigate food allergies in his forthcoming book, “A Cultural Politics of Food Allergy: Immunity, Interactions, and Environments.”

Though Gill completed several chapters of the book while on research leave in Korea, much of the research for the book was done in the United States and influenced by his own experiences with food allergy and cultural diversity. He says that food allergies internationally vary greatly, not only in the types of allergies that occur (sesame, for example, is an emerging allergen in Canada, but is not as prevalent an issue in East Asia), but there is also great variation in food allergy labeling laws and how different foods and allergens are classified (i.e., coconut is labeled as a tree nut in the United States, despite it technically being a drupe and not a nut).

Though Gill will admit that his research interests and publishing have “jumped all over the place,” they are connected through a common thread of agency. And, taking that a step further, Gill is interested in the policing of bodies and behavior that are seen as right or wrong.

“We often think that pleasure is reserved for those who deserve pleasure,” he says. “if you are not an able bodied, heterosexual, cisgender white man, your pleasure is wrong. White men’s pleasure is always perceived as the norm, and it can be seen as really oppressive.”

He says that disabled people, particularly people with intellectual disabilities, are seen as not able to access pleasure. They rely on others to assess the risks and benefits on their behalf and make decisions.

“I think there’s something really powerful about people accessing pleasure, and feeling like they have a right to it,” Gill says. “I’m not just talking about sexual pleasure, but just being able to do the thing that you really want to do.”

Gill says that his interest in agency, his work in disability studies and his recent work in fat studies intersect here—where people feel like medical facilities and practitioners have told them that their bodies are wrong.

“The field of fat studies has a lot in common with disability studies,” Gill says. “Particularly around embodiment, how our bodies are in the world, whether that is excessive, lacking or regulated.”

Prior coming to Syracuse University, Gill taught courses in women’s and gender studies at several other universities, and in his WGS intro course he would teach that “fat phobia” is a socially accepted phobia. “There’s this way in which fat people get almost universally stigmatized,” he says. “It leads me to think about the intersections between disability and fatness, the common experiences with staring and snide comments.”

When Gill was writing his book chapter on fatness, he says he was in a place that he was feeling free and at peace with his own body. His physical body was no different than it had been, or is now, but he was at a conference among colleagues sharing similar values.

“I think a space had been cultivated by these other fat studies folks,” he says. “Our bodies don’t have to be regulated in certain ways. The physical body does not change, but the spaces that we interact with can be more welcoming. It’s not just fatness. Fat discrimination works in conjunction with other systems of discrimination and oppression.”

Gill plans to continue to explore interlocking systems of oppression and privilege. In his disability studies classes, he teaches with materials that include voices and experiences that aren’t often shared. For example, he invites autistic people who type to communicate, or disabled people of color to present in class, or share media they have created.

With Beth Myers, the Lawrence B. Taishoff Assistant Professor of Inclusive Higher Education, Gill is working on a project that is under contract with the University of Minnesota Press. They are collecting and collating the stories of students who are in inclusive higher education programs around the country.

“The research on inclusive higher education programs is that they are good,” Gill says, “but there are not a lot of student voices available.” Myers and Gill and are creating a website where student stories will live and will also generate a printed volume of student stories.

Gill’s interests in disability studies, inclusive higher education and agency extend through his teaching. He leads a semester-long course on sexuality and sexual health for InclusiveU students and empowers them to make decisions about their own lives and access resources.