An interdisciplinary team including members from the Department of Languages, Literatures and Linguistics (LLL) in the College of Arts and Sciences has been awarded a grant for their research, “Japan in a Global Curriculum.” The grant will allow the team to conduct field research in Japan for three weeks this May and June on language and science education design methodologies, Japanese Noh and Kabuki theater, architecture, autonomous systems, immigration policy studies and creative study abroad opportunities. They will also examine how Japan is preparing its linguistic, migratory, architectural, educational and artistic infrastructure to host the Tokyo 2020 Summer Olympics, which begin July 24. 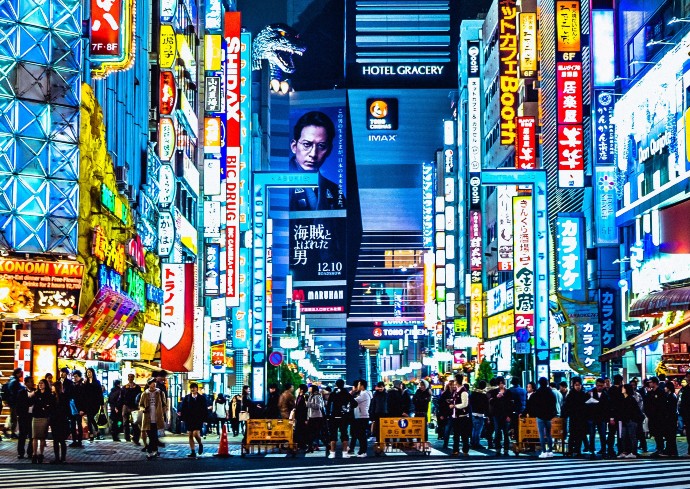 An interdisciplinary team has been awarded a grant for their research, “Japan in a Global Curriculum.” Photo by Eric Eastman.

The group includes LLL Associate Professors Amanda Brown and Gail Bulman; Japanese Language Coordinator Tomoko Walter; Yutaka Sho (PI), associate professor of architecture; Sharon Dotger, associate professor in the School of Education; and Jamie Winders, professor of geography in the Maxwell School of Citizenship and Public Affairs. Each team member will conduct research in their respective field and will collectively attend lectures and conduct interviews across disciplines with 10 Japanese scholars.

Specific to the College of Arts and Sciences, Brown’s research will focus on multilingual infrastructures and public service initiatives in Japan, particularly during large societal events such as the Tokyo Olympics, as well as language teaching methodologies. Bulman will investigate the history, themes and techniques of Japanese theater to explore their influence on theater in Chile and Peru, countries that have strong historical, political, social and artistic ties to Japan. As one of the two Japan experts on the research team, Walter will connect Japanese and U.S. scholars, create new content for Japanese language and culture classes on campus, and build productive study abroad ties with Japanese institutions.

Winders will research migration and autonomous systems, both topics particularly relevant to Japan and the rest of the world. Dotger will examine advanced educational training systems in math and science and compare them to U.S. practices. Sho will solidify study abroad opportunities for Syracuse Architecture students in Japan and continue her research on “Festival Spaces in Post-Atrocity Reconstruction,” using Japan as a case study.

The research is funded by a grant from the Japan Foundation Center for Global Partnership, which promotes collaboration between the people of Japan, the United States and beyond in order to address issues of global concern.