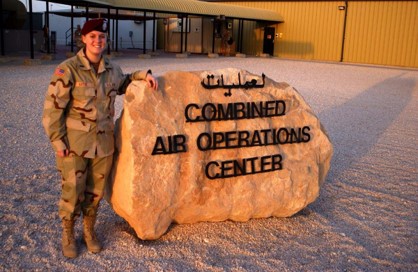 U.S. Army Lt. Col. Jennifer Gotie didn’t grow up envisioning a career in military service. Born and raised in Truxton, New York, she imagined a life for herself as a diplomat and as a result became involved with the Rotary International Exchange Program. The program took her to Belgium, then France and Sicily. Soon, she had fallen in love with language and travel.

When she began her college career at SUNY Brockport, she wasn’t thrilled that her parents had signed her up for the school’s Reserve Officer Training Corps program (ROTC.)

“Surprisingly, I was totally hooked, right from the start,” Gotie says. “I loved it, the team environment and incredible experiences that you could only find in ROTC. Looking back, I can’t imagine college without ROTC!”

Gotie adjusted her plan. To fulfill her service requirement of ROTC she decided she would put in four years of military service then take that experience, as well as her degrees in political science and international studies and go into the foreign service—a reasonable adjustment to her original diplomacy aspirations.

Prior to heading off to her initial officer training course she had the chance to remain at Brockport as an ROTC Gold Bar Recruiter. Four months later, however, was Sept. 11, 2001. 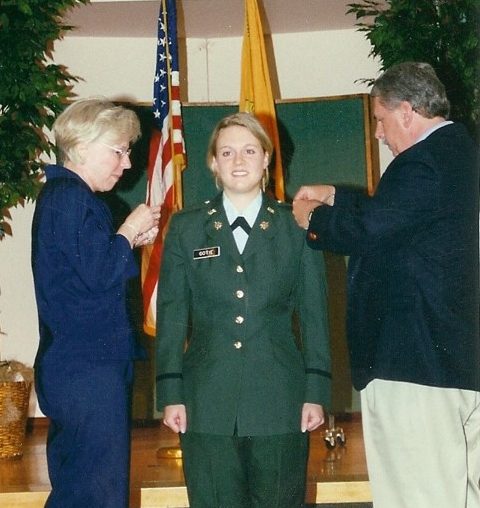 After five months of training, Gotie was sent to Fort Bragg, North Carolina, a base known as the home of Airborne and Special Operations. By then it was February 2002 and military intelligence was focusing efforts not only in Afghanistan but also Iraq.

“Within a month of arriving at Fort Bragg, I was preparing the Counterintelligence and Interrogator companies to deploy. Shortly after, I was tasked to be a targeting officer and was deployed a year later to Saudi Arabia where I further moved around to Iraq, Afghanistan, Kuwait and Qatar. I also had to provide additional support to our efforts in the Horn of Africa. It was nonstop.”

After spending close to a year deployed, Gotie returned to Fort Bragg and completed several course and exercises throughout the United States. Soon, her contractual four-year term was up.

“Four years after my commissioning, true to my original plan, I tried to get out,” Gotie says. “Like many, though I was impacted by stop-loss, which is when the military essentially denies your exit. You can’t get out.”

Gotie continued serving, first stateside and then deploying again to Qatar, Kuwait and Afghanistan. In 2007, instead of getting out, she decided to dive further in.

“I decided to get into civil affairs. I was tired of continuously reacting to a crisis, just operationalizing combat,” Gotie says. “I wanted to understand the deeper problem we as a coalition were facing in the Middle East; I wanted to be proactive and do something that would make a lasting impact, instead of constantly addressing symptoms.”

At the time, women were still unable to attend the Infantry Captain’s Career Course, as part of the Civil Affairs pipeline so Gotie was sent to the next closest thing, the Military Police Captain’s Career Course (MPCCC). Over the next 18 months, she completed the MPCCC, Airborne School, Thai language training, the Civil Affairs Qualification Course, Advanced Negotiations, and Survival, Evasion, Resistance, Escape (SERE) High Risk training.

“The SERE training is intense. Essentially, you learn how to survive if separated from friendly forces to include being captured and imprisoned. It prepares you for the most high-risk missions,” Gotie says.

Upon completion of the 18-month pipeline, she was assigned under the U.S. Army Special Operations Command and shortly after deployed to the Philippines on just 10 days’ notice in April 2009. 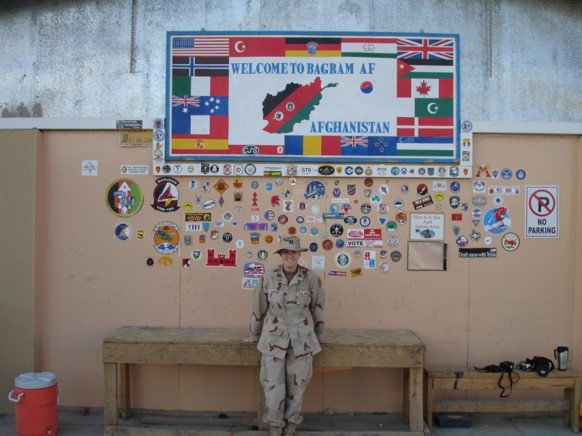 Jennifer Gotie has been deployed to Qatar, Kuwait and Afghanistan, among other places.

There, she led a Civil Affairs Team focused on counterinsurgency/counterterrorism. One of her team’s projects was advocating for a fishing program that would allow locals to raise fish that they could eat and sell as a way of bettering their lives and the local economy.

“The Fishing for Peace program really embodied what it is that I love about the Civil Affairs mission,” says Gotie. “Here were these local groups that were previously at odds with each other pledging to help one another. It wasn’t about us and our direct involvement. Instead, we were working to empower them and give them the means to change their lives. I think that’s what people miss when it comes to counterinsurgency/counterterrorism. If you can bring opportunities to people to improve their lives, they themselves can help stabilize their community through economic growth and security. Development and security go hand-in-hand.”

Gotie then returned to Bragg to prepare for the next deployment in less than seven months. She was slated to take a team to Sri Lanka but was moved to the next position of responsibility and became the company operations chief and sent on temporary duty to the Special Operations Command Pacific. There, she managed several civil military support elements throughout Southeast Asia, who were supporting the U.S. embassies and national governments with counterinsurgency/counterterrorism missions.

In 2011, she earned a master’s degree in international studies at the University of Kansas and soon was sent to Washington state to head up the formation of a new civil affairs unit at Joint Base Lewis-McCord (JBLM). Over the next three years, she was sent on temporary assignments to Vietnam and Hawaii and commanded a civil affairs company. Once her assignment at JBLM was complete she was assigned to Korea, to conduct civil affairs planning for three years.

In Korea, Gotie worked to prepare for humanitarian crises, built relationships with multiple non-governmental organizations, such as Doctors Without Borders, facilitated planning initiatives with United Nations Humanitarian organizations and eventually served as the executive officer for the Special Operations Command Korea commanding general.

When she finally left Korea in summer 2018, Gotie was thrilled to be assigned to the highly decorated 4th Infantry Division in Colorado and have a chance to spend some time with friends and family in the states. However, the Army had other plans for her: within four months of returning home, Gotie deployed to Afghanistan.

“I hadn’t been to Afghanistan in over 10 years but having the opportunity to direct civil military operations for all U.S. and NATO forces in Afghanistan gave me the ability to focus on a very underutilized capability to revitalize Civilian Casualty mitigation and strengthen relationships with the UN Humanitarian Community as well as the US Agency for International Development,” Gotie says. “We have been there a long time and sacrificed a great deal so whatever small part I could play to make a positive impact I was going to do it.” 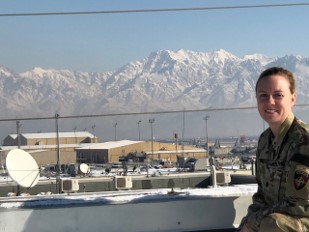 During her deployment, she began looking at options for her next assignment. When the Army ROTC program at Syracuse University came up, she was beyond excited.

“I had been far away from home for so long. The opportunity at Syracuse was a dream to see on the screen,” Gotie says. “To be close to my parents as they are getting older and work at an institution with a deep military commitment—I jumped at the chance.”

On Aug. 17, 2019, Gotie deplaned from Afghanistan; within 10 days, she was on the grounds of the University’s campus.

For the next three years, Gotie will oversee the University’s Army ROTC program, the longest consecutively running program of its kind in the country. She has plans to put together a course on emotional and cultural intelligence, increase leadership opportunities and set up new internships within U.S. Army Special Operations.

“Syracuse has such an amazing student body and military commitment. The cadets here inspire me and help me remember when I was young and wanted to move mountains,” she says. “It is so gratifying to be mentoring the future leaders of our country, business and government.”

She also hopes to work on a second master’s or pursue a Ph.D. citing her love for the University and desire to be a Syracuse alumna. Regardless, she will continue to serve at the end of her assignment.

“Eventually I will retire; but I know I will serve in some capacity forever,” Gotie says. “This spring will mark 19 years since I started my active duty service. It’s funny to think how this path that I didn’t even initially choose has really chosen me and given me such purpose. It’s an honor to serve my country and an honor to do so at Syracuse.”