Members of Independent Advisory Panel to Meet with Students, Faculty and Staff This Week

The work of the Board of Trustees Special Committee on University Climate, Diversity and Inclusion continues this week as members of the Independent Advisory Panel will be on campus to meet with students, faculty and staff through a series of listening sessions. This activity follows 20 dialogue sessions hosted by committee members last week, during which a number of themes emerged, including campus safety, residential life, communications and curriculum.

In December 2019, the Board of Trustees announced the establishment of the special committee to develop recommendations on programs, policies and initiatives to foster and strengthen diversity and inclusion at the University. The board also announced the formation of an Independent Advisory Panel, composed of nationally recognized experts, to advise the special committee on these efforts and to review the existing framework for diversity and inclusion at the University.

The panel members were selected due to their relevant background and experience, their diverse perspectives and life-long commitments to diversity and inclusion. The panel’s engagement with the campus community will help inform the special committee’s recommendations to improve diversity and inclusion programs, policies and initiatives on campus.

Learn more about this distinct panel:

Eric D. Fingerhut serves as president and CEO of The Jewish Federations of North America (JFNA), an organization that represents 146 Jewish Federations and more than 300 Network communities. JFNA is among the top 10 charities across the United States and aims to protect and enhance the well-being of Jews through the values of repairing the world, charity, social justice and learning.

Fingerhut has dedicated most of his career to working with nonprofit organizations, earning a reputation as an innovative leader and ardent advocate of the value of higher education. He also believes in the deployment of diplomacy and pragmatism in order to find common ground in controversial or high-stress matters, which will be an invaluable perspective as the University navigates forward.

Previously, Fingerhut served as president and CEO of Hillel International: The Foundation for Jewish Campus Life. Prior to that, he served as chancellor of the Ohio Board of Regents, leading Ohio’s system of public universities and colleges. In that role, he collaborated closely with the business community and elected officials of both major political parties to develop a strategic plan to prepare students for 21st-century jobs. A former elected official, Fingerhut served in the Ohio Senate from 1991-93 and again from 1999-2007, and represented Ohio’s 19th district in the U.S. House of Representatives from 1993-95. He practiced law at Hahn Loeser & Parks LLP in Cleveland until becoming associate director of Cleveland Works, where he served from 1987-89. 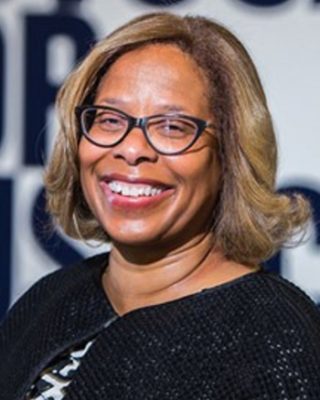 John Jay College President Karol V. Mason has been a legal pioneer and an exceptional voice for equality, fairness and criminal justice reform. As John Jay College’s first female president and first president of color, Mason is focused on equipping the next generation of leaders with a comprehensive justice-focused education, and promoting a nurturing environment that fully supports educating underrepresented populations.

As U.S. assistant attorney general and head of the Department of Justice’s Office of Justice Programs, Mason oversaw an annual budget of $4 billion to support an array of state and local criminal justice agencies, juvenile justice programs, and services for crime victims. She also oversaw the National Institute of Justice and the Bureau of Justice Statistics, among a wide range of other efforts. Mason led the Department of Justice’s work to address the issue of community trust in the justice system through a variety of programs, including the National Initiative for Building Community Trust and Justice.

Previously, Mason served as deputy associate attorney general from 2009-12 and led the Office of Justice Programs from June 2013 to January 2017 after being nominated by President Obama and confirmed by the U.S. Senate. Mason spent nearly decades at Alston & Bird, LLP, where she chaired the Public Finance Group. She was also a member of the Board of Trustees of the University of North Carolina from 2001-09 and vice chair of that board from 2007-09. 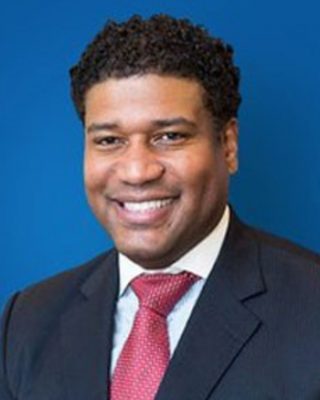 Damon A. Williams is one of the nation’s recognized experts in strategic diversity leadership, youth development, corporate responsibility and organizational change. One of the original architects of the Inclusive Excellence concept in American higher education and author of “Strategic Diversity Leadership and the Chief Diversity Officer,” he has worked with more than 1,000 colleges and universities, Fortune 100 companies, foundations and government agencies as a keynote speaker, strategist, educator and social impact leader.

For four years, he led a $250 million social impact portfolio for the world’s largest youth development nonprofit organization, Boys & Girls Clubs of America, representing the interests of nearly four million diverse youth and teens as senior vice president for programs and chief education officer. As associate vice chancellor, vice provost and chief diversity officer, he founded the Division of Diversity, Equity, and Educational Achievement at the University of Wisconsin-Madison.

As scholar in residence for the American Council of Education Fellows program and the American Association of Colleges and Universities Greater Expectations Institute, he launched his work nationally, helping hundreds of colleges and universities to transform their efforts in liberal education, STEM completion, improving student graduation rates, campus climate and inclusion, leadership development, faculty diversity and curriculum reform.

In 2013, he was awarded the Inclusive Excellence Award of Leadership from the National Association of Diversity Officers in Higher Education and a leadership commendation from the 13 research universities comprising the Committee on Institutional Cooperation for his landmark contributions to diversity, equity and inclusion strategy globally. 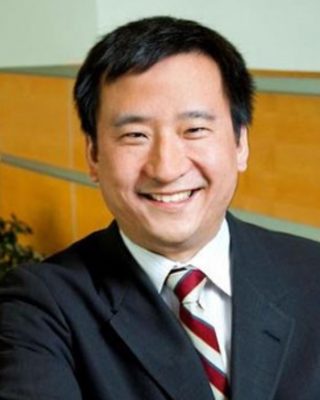 Frank H. Wu is the William L. Prosser Distinguished Professor of Law at the University of California, Hastings College of the Law. Previously, he served as chancellor and dean at the school. In 2012, Wu was recognized by The National Jurist as the most influential dean in legal education and in 2013, the third in the nation among legal educators and advocates influencing the ongoing debate about legal education. Notably, he was the first Asian American professor to teach at Howard Law School and the first Asian American to serve as dean of Wayne State University Law School.

Throughout his career, he has used his platform to advocate against discrimination.  He is the author of “Yellow: Race in America Beyond Black and White.” He is receiving a 2020 John Hope Franklin Award from Diverse Issues in Higher Education, a leading publication in the field. He has written widely about the importance of standing up and speaking out.

Wu has been a board member of the Leadership Conference for Civil Rights Education Fund, and he also served as chair and president of the Committee of 100 (United States), a nonprofit group of Chinese Americans seeking to promote better U.S.-China relations and the active participation of Chinese Americans in public life.