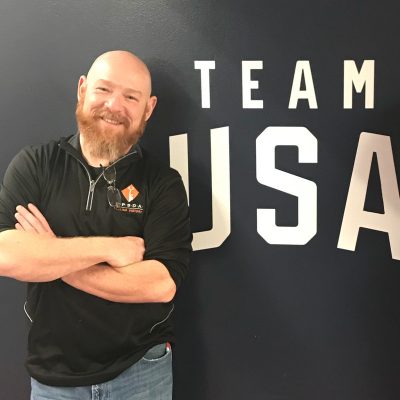 Rob Skinner, senior sports dietitian at the U.S. Olympic Training Center in Colorado Springs, Colorado, is the featured speaker of the Falk College’s Fifth Annual Ann Selkowitz Litt Distinguished Speaker Series. His lecture, “From the Military to the Olympics: Nutrition for Sport Performance Enhancement,” is Tuesday, Feb. 25, at 6 p.m. in Grant Auditorium. Light refreshments will be served prior to the lecture at 5:30 p.m.

Skinner has 22 years of experience working as a dietitian and exercise physiologist with athletes at all levels, including positions with the Washington Redskins as a sports dietitian/nutritionist, the U.S. Navy SEALs as a performance dietitian, the University of Virginia as director of sports nutrition and several positions with Georgia Tech.

In his presentation, Skinner will talk about his role preparing athletes to compete at the highest level with the U.S. Olympic Team in the Tokyo 2020 Summer Olympics, as well as insights from his career experiences preparing professional and collegiate athletes for competition and military forces for combat.

“Rob’s extensive experience in nutrition and sports intersects numerous disciplines and interests. He has worked with many different populations, particularly with the military and with professional and collegiate athletes,” says Kay Stearns Bruening, associate professor of nutrition and food studies. “We are thrilled he will share his insights with us for this year’s Litt Lecture.”

Skinner received bachelor’s degrees in education and nutrition from the University of Georgia and Georgia State University, respectively, and a master’s degree in exercise science from Georgia State University. He is a registered dietitian with the Academy of Nutrition and Dietetics (AND) and holds certifications with AND, the National Strength and Conditioning Association and the American College of Sports Medicine.

Skinner is author and co-author of several publications, including chapters in the AND publications “Sports Nutrition: A Guide for the Professional Working with Active People” and “Working with the Collegiate Athlete and Weight and Body-Focused Sports.”

Now in its fifth year, the Ann Selkowitz Litt Distinguished Speaker Series is named after Falk College nutrition alumna Ann Selkowitz Litt ’75, a nationally known nutritionist who helped children and adolescents with eating disorders and assisted developing athletes in reaching their full potential. The nutrition consultant to CosmoGirl magazine, Litt was author of “The College Students’ Guide to Eating Well on Campus,” “Fuel for Young Athletes” and “The ADA Guide to Private Practice.” She was the nutritionist for the NFL’s Washington Redskins and served as spokesperson for several media campaigns during her career, including the “Got Milk” campaign. After her death, the Ann S. Litt Foundation Inc. was created to support nutrition education.

For information about the Ann Litt Lecture and for accommodations requests, contact Annette Hodgens at ahodgens@syr.edu or 315.443.9816.