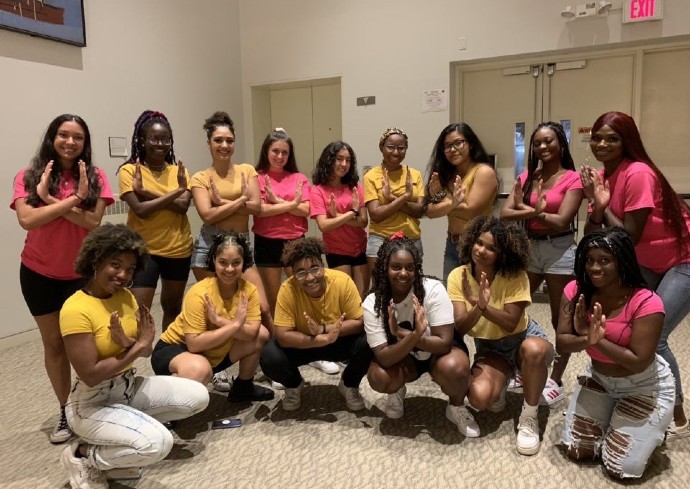 On Saturday, Feb. 8, the student-led Black Reign Step Team will head to Lincoln Center in New York City to compete in Step and the City.

This first-of-its-kind, invite-only competition, organized by UpStaged Scholastic Productions and National Collegiate Performing Arts (NCPA), features a 16-team, bracket-style competition, narrowed down from a field of more than 150 collegiate step teams from across the East, New England and South.

The team regularly performs locally, says Assata Cradle-Morgan ’20, the team’s vice president of external affairs, but with this being the team’s first performance in such a prominent venue, nerves and excitement are high. “Performing at Lincoln Center is huge. Some of us are from New York City and know how important the venue is to performing arts,” she says. “We’re practicing more than usual and going out of our way to be prepared.” 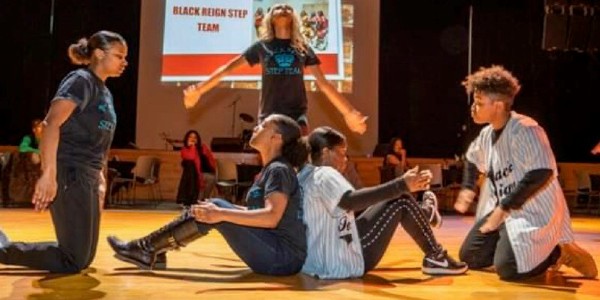 The Black Reign Step Team performs at the Black Lounge earlier this month.

The winning team will earn the UpStaged College National Champion title and top finalists will share in over $5,000 in prize money. Celebrity judges include John Sawicki, star of Off-Broadway’s acclaimed “Stomp,” and Brian Williams, CEO and founder of Step Afrika.

Founded in 2005, the Black Reign Step Team is celebrating its 15th anniversary this year and is the only step team on campus that is not affiliated with Greek life.

“More than being nervous, we’re just really excited,” Cradle-Morgan says. “We know what a great opportunity this is and just to be selected to compete is a great honor.”

For those in the city who would like to attend, tickets can be purchased on the Lincoln Center website with a 25 percent discount, using the code “syra208.”

To keep up with their work, follow the team on Twitter and Instagram. The next opportunity for students to audition for the Black Reign Step Team will be in the Fall 2020 semester.