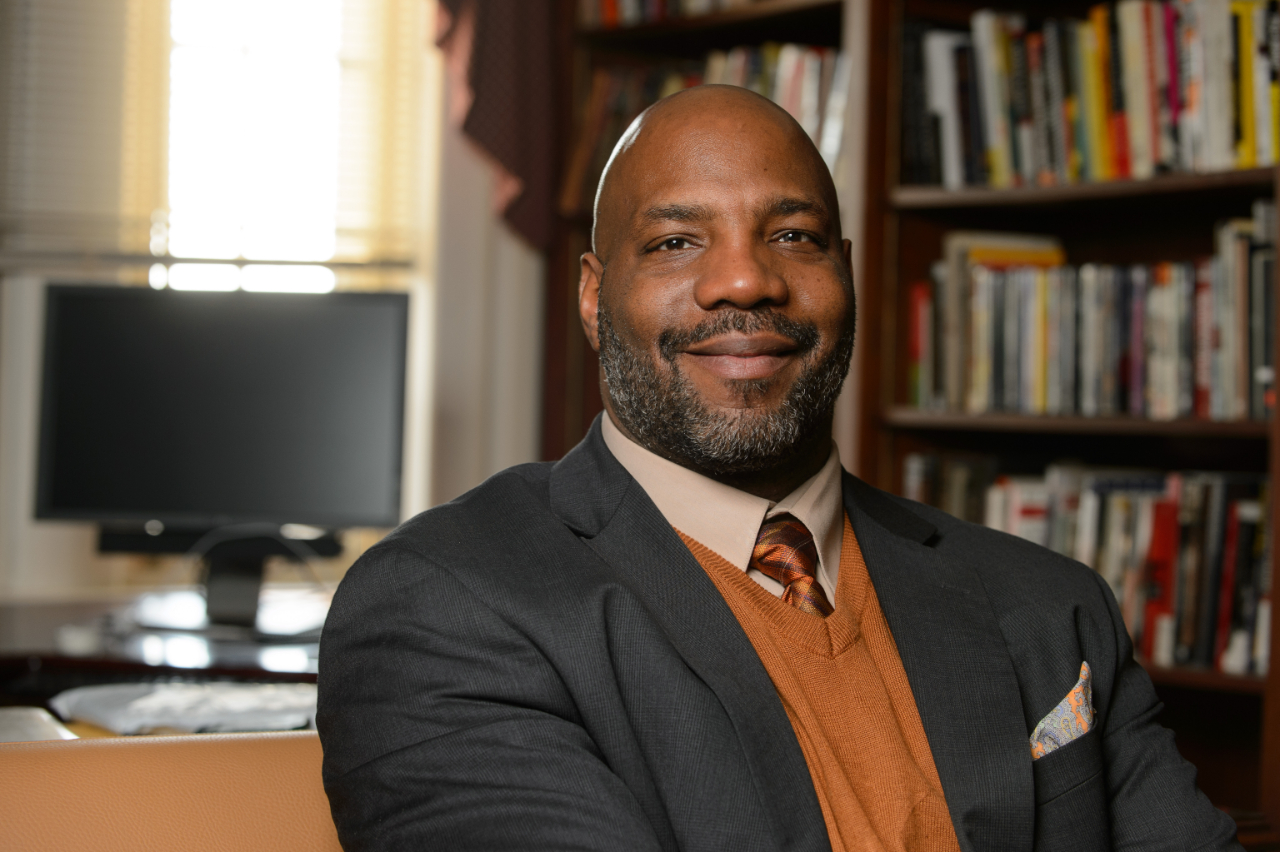 As part of this semester’s University Lectures series, acclaimed author, educator and journalist Jelani Cobb will speak about race, politics and the news on Tuesday, Feb. 11, at 7:30 p.m. in Hendricks Chapel. The event—co-sponsored by the College of Arts and Sciences and the Maxwell School—is open to all students, faculty/staff and community members.

Cobb, a staff writer for The New Yorker, won the 2015 Sidney Hillman Prize for Opinion and Analysis Journalism. Of his writings about the death of Michael Brown in Ferguson, Missouri, in 2014, the jury panel said he “combined the strengths of an on-the-scene reporter, a public intellectual, a teacher, a vivid writer, a subtle moralist and an accomplished professional historian.”

As a leading expert on race, Cobb appeared in Ava DuVernay’s Oscar-nominated Netflix documentary “13th,” which explores the intersection of race, justice and mass incarceration in the United States. He has also been a featured commentator on National Public Radio and a number of other national broadcast outlets.

Cobb’s articles and essays have appeared in The Washington Post, The New Republic, Essence, Vibe and The Progressive and on TheRoot.com. He is author of “The Substance of Hope: Barack Obama and the Paradox of Progress” (Walker & Co., 2010), “To the Break of Dawn: A Freestyle on the Hip Hop Aesthetic” (New York University Press, 2007) and “The Devil & Dave Chappelle & Other Essays” (Basic Books, 2007).

Cobb is a graduate of Howard University and received a doctorate in American history from Rutgers University. He currently teaches at Columbia University, where he is the Ira A. Lipman Professor of Journalism. He was previously an associate professor of history and director of the Institute for African American Studies at the University of Connecticut.

Now in its 19th season, the University Lectures is a cross-disciplinary series that brings to Syracuse University notable guest speakers of exceptional accomplishment who share their talents, experiences and perspectives for the enjoyment of students, faculty, staff and the Central New York community.